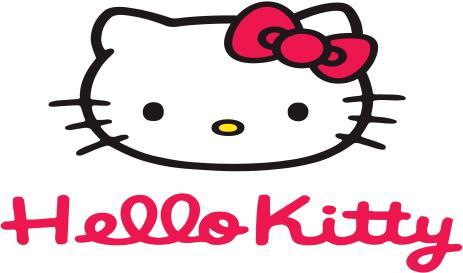 I have recently maintained that the legacy of the late visionary folk artist Howard Finster deserves to be reexamined in relation to both art history and the history of religions. I've even suggested that Finster actually displays notable similarities with both William Blake, the great 18th century visionary artist, and Andy Warhol, the amazingly influential 20th century purveyor of Pop art. But while we might entertain the existence of some interesting comparisons with Blake's visionary passion and with Warhol's multiple reproductions of popular cultural imagery, and while we might also agree that the label of narrow evangelical "religious nutter" is mostly an unwarranted judgement about Finster, perhaps we finally have to admit that the hyper-productive Finster seems best remembered rather sadly as a kind of "East Coast Thomas Kinkade?" Despite claims that Finster was the most prolific American artist who ever lived, the actual truth is that the title should go to Kinkade - that is, assuming his work, or Finster's, can be considered "art."

I refer, of course, to Thomas Kinkade (1958-2012) the self-styled "Painter of Light" and so-called "King of Nostalgic Twee" who was a technically talented but personally flawed evangelical painter based in California who produced hundreds of thousands of "canvas transfer" photographic-copy paintings touched up with dabbed paint by a battalion of hired assistants along with robo-signatures made "authentic" and "original" with an ink that included a miniscule smidgen of Kinkade's own blood. Like Finster, or Warhol and Dali for that matter, Kinkade and his corporate associates were very much masters of "high class" mass reproduction techniques for producing and merchandising "limited edition" artworks.

Kinkade's imagery was resolutely pretty and stolidly homogenized in what could be called a Christian-cute and absurdly sentimental style focused on his trademark depictions of romantically glowing English-style cottages, rustic stone bridges, beaconing light posts, inviting pilgrim gates, primrose garden paths, cautioning lighthouses on coastal shoals, quaint sheltering gazebos in verdant glades, majestic snowy mountain landscapes, and amazingly radiant dawns. While certainly not in the frantic scrawled manner of Finster's biblical signage-art, there are also Kinkade works that attempt to link scriptural quotations with the "symbolism" of God's saving light as depicted by the eerie inner gleam of his haunted cottages and picturesque mountain lodges. Moreover, it can likewise be noted that both artists saw themselves as evangelical messengers for God heroically committed to the principle that the sheer gross quantity of the imagery was more important than any original artistic quality as judged by an effete and secular art establishment. And while Kinkade never claimed to be a full-blown "visionary" in the Blakean or Finsterian sense, he achieved an almost Finsteresque "Stranger from Another World" otherness as a leather clad Outlaw Biker who disowned his family and drunkenly urinated on conventional middle-class values. Despite this degeneration in the aftermath of his public humiliation when on trial for defrauding the owners of his "Signature Galleries," Kinkade's rosy cottage paintings and relentless merchandizing machine continued to the bitter end.

It is true that, unlike Finster's recognition in the 1980s and 90s, Kinkade was never taken seriously by the mainstream art world. And it is also true that the eventual religious hypocrisy and increasing alcoholic disintegration of Kinkade was not something that can be associated with Finster. However in recent years the tendency to forget or ignore Finster as an amusing cultural accident or religious curiosity has given rise to an even more distressing opinion that Finster's art was "just plain fun," "kind of cute," or perhaps the forerunner of what some would call the creeping "Hello Kitty" side of outsider art. With regard to Finster's imagery, this cuteness factor--coupled with what was not always accurately seen as his overly sentimentalized, hopelessly non-ironic, excessively nostalgic, and exceedingly literalistic understanding of scripture and religion - gives rise to the suspicion that Finster's work was essentially a kind of self-taught and backwoods Southern-Appalachian analog to the calculated California happy-face Christmas kitsch of Thomas Kinkade.

Admittedly many artworks by Finster--especially many of his mass-produced and often overly repetitious cutouts--are simply not very interesting or arresting. Too many of his self-described "hits" became a stream of hastily reproduced knockoffs that could be easily marketed. And yes, there are Finster works that are biblically didactic or formulaically pop-art cute, especially when unleavened by Finster's saving grace of visionary outlandishness and wild verbal humor. There are also individually painted works that were too quickly or sloppily done and often disappointing. Like every artist, Finster produced works--whether cutouts or his more singular works--which were simply not very good. But Finster at his best was truly more surprisingly creative and remarkably original as a self-taught artist and as a self-proclaimed religious visionary than anything seen in Kinkade's schooled "bullshit heaven" corpus of hand-painted paintings and myriad copied works.

As especially seen in his oddly visionary and often darkly apocalyptic works during his period of white hot creativity in the 1970s-80s, Finster's imagery was never simply pretty or consistently sentimental. The issue really comes down to Kinkade's ever-present and precious prettiness as opposed to Finster's visionary passion for evoking something imaginatively inventive, humorously funky, and interestingly provocative. Even in many of his mass-produced cutout images and texts, Finster eccentrically and comically sought to stretch biblical conventions and popular preconceptions. Indeed, he was never afraid to be shockingly strange. The significant difference in these artists' work, then, hinges on the uneasy feelings of confused curiosity and edgy amazement associated with Finster's best work as opposed to the aesthetics of mawkish familiarity and pandering cuteness found universally in Kinkade.

A telling example of this difference is seen in Finster's visions of peculiar heavenly mansions and ghostly visitors watched over by a disembodied spiritual eyeas contrasted with Kinkade's ever-pristine glowing cottages. Finster wants to convey a religious message, but it is not simply a message of comforting prettiness. It is an uncommon truth that is more roughly iconic, often occultly mysterious, and more broadly spiritual than narrowly evangelical. What for many appeared to be the fundamentalist simplicity of his southern Appalachian roots, his Baptist upbringing, and his later visionary experience, coupled with the Bible-cartoon crudity of his artistic work, was in actuality not so straightforward or simplistically naive. The temptation to trivialize Finster as only a latter-day Southern primitive best interpreted in terms of some Kinkade-like evangelical banality and Disneyfied cuteness has become increasingly prevalent. However, there is always just enough residual ambiguity and power associated with Finster's visionary weirdness, raw creativity, and artistic try-anything inventiveness to resist a one-sided rush to judgment.

My ongoing fascination with Finster is finally related to the possibility that he had something revealing to say about religion and art not merely as separate and distinct activities but as intriguingly, and perhaps intrinsically, intertwined aspects of the human enterprise in relation to the evolution and basic dynamics of human nature and culture. Contrary to common discussions about the relation of religion and art, Finster's work suggests that it is never the case that visionary religious experience uses or appropriates art simply to communicate some conventional religious content. Finster's art is designed to communicate a message, but that message is both biblically explicit and subversively implicit. Nor is art or esthetic experience simply the inevitable secular replacement of religion--where the human taste for beauty, the sublime, the funky, the ironic, the strange, or even the conceptual supplants our need for some kind of other worldly experiences imagined variously as the sacred, the spiritual, or the gods. Perhaps the art act and experience itself--the crafty-imaginative-artistic-creative process as much as any specific content--is the religious message of otherness. This is not so much a matter of nostalgic cuteness, but a kind of neo-sincerity focused on the cosmically comic spookiness that defines the human condition. However, it is now time for me to leave Howard Finster and to move on to other worlds.

Professor Emeritus of Comparative Religions, writer, appreciator of the endemic strangeness of the human condition