"Reality is merely an illusion, albeit a very persistent one," Albert Einstein once famously declared. On the surface, the Philippines is a bustling emerging economy on the verge of breakout. It's among the few brigthspots in an otherwise gloomy global economic landscape. Public mood is also buoyant. Surveys suggest that Filipinos' sense of optimism about their future is at historic-high.

The country has also enjoyed institutional progress. The past few years have seen notable improvements in terms of the country's economic competitiveness as well as its efforts in combating corruption. The incumbent administration, under the leadership of President Benigno Aquino, has confidently taken credit for the Southeast Asian country's impressive strides in the past few years.

Aquino himself, who is considered as the country's most trusted official, is expected to end his term in office as one of the most popular democratically-elected presidents in recent memory. Global investors and the international media have never been as bullish about the Philippines -- a promising nation, which just a decade ago was written off as the 'sick man of Asia'.

But scratch a bit below the surface and a very different picture emerges, one of grievance politics and yearning for change -- for better, or for worse. The Philippines is steadily giving into 'strongman syndrome', the misguided belief that tough-talking and political will alone can address complex 21st century governance challenges.

Soon, Philippine (cacique) democracy as we know it may come to an end, as the Filipino people increasingly opt for political outsiders as well as the offspring of a former dictator, who have promised decisive leadership and national discipline. The latest survey suggests that a provincial mayor, Rodrigo Duterte, and Senator Ferdinand Marcos Jr. are cruising towards the top two positions in office.

The meteoric rise of Duterte and Marcos Jr. is a slap on the face of the Philippine political elite. Without a doubt, the Philippines is suffering from a democratic fatigue, potentially paving the way for radical change in coming years. The country's political elite can't simply return to business-as-usual politics without suffering further punishment at the ballot -- if not total ouster from the political realm.

The demise of Marcos dictatorship in 1986 provided a perfect opportunity for the country to rebuild its foundations. After all, as the late Benedict Anderson explains, "uncontrolled and parasitic plundering of state and private resources" under the Marcos dictatorship "tilted the Philippines on its long plunge from being the most 'advanced' capitalist society in Southeast Asia in the 1950s to being the most depressed and indigent in the 1980s."

For the past three decades, the Filipino people have been promised freedom, prosperity and peace -- but to no avail. The country's peripheries continue to be racked by insurgency and mayhem; foreign powers are chipping away at its maritime borders; political dynasties have ruthlessly carved up the country into fiefdoms; poverty and underemployment rates are still in double-digit; and systematic corruption continues to persist on all levels of government.

It's hard to defend or retain faith in Philippines' cacique democracy when the country, after years of above-average growth rate, is still home to one of the largest slums in the world and suffers from the highest unemployment rate in Southeast Asia. Newly-created wealth isn't trickling down.

Rural areas aren't doing any better. For more than half-a-century, farmers have been promised their own land to till, and yet the Philippines continues to have among the world's most stunted land reform programs. As Joe Studwell, in How Asia Works, argues: "Nowhere in Asia has produced more plans for land reform than the Philippines. But equally no ruling elite in Asia has come up with as many ways to avoid implementing genuine land reform as Filipino one."

The country's infrastructure conundrum is no less daunting. Residents of Metro-Manila have had to bear the daily struggle of coping with what is considered as the worst traffic jam on earth, according to the 2015 Global Driver Satisfaction Index. What has the government been doing to resolve this? Well, according to The Economist, "Manila's transport plans have been terrible--among the most foolish adopted by any great city."

Yes, there is growth, but it is concentrated. Indeed, there is formal political freedom, but it can't be actualized by mostly impoverished citizenry. The status quo isn't sustainable. The post-Marcos Philippines has been hobbled by a toxic combination of sheer incompetence, cynical neglect, and chronic corruption. And this has paved the way for strongman figures to regain the momentum. 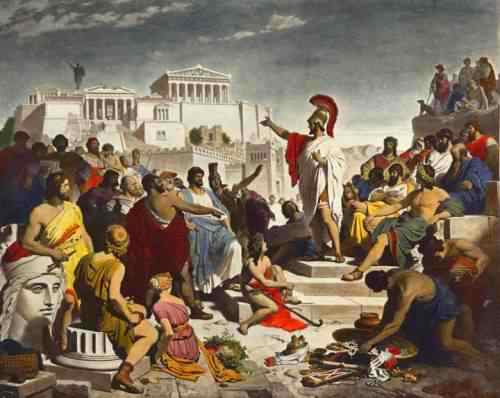 "Society is always prone to accept a person offhand for what he pretends to be, so that a crackpot posing as a genius always has a certain chance to be believed," Hannah Arendt warned in Origins of Totalitarianism (1951) more than half a century ago. No wonder then, democracies, as former Vice-President Al Gore laments, can be easily "hacked", especially by skillful politicians who know how to exploit 'grievance politics' and (falsely) present themselves as their nation's last hope.

Elections have become an obscene theatre of performance over substance. While America is coping with the horror of potential Trump presidency, former (professional) clowns have been vying for power in Western Europe and Latin America. In Guatemala, Jimmy Morales, a former clown, actually became a president. Democratic decay across the world has unleashed a wave of rage, which has translated into political support for the unlikeliest candidates.

In Peru, the daughter (Keiko) of a former dictator, currently imprisoned Alberto Fujimori, is well on her way to winning the presidency. Similar to the Philippines, Peru has also been a rare economic brightspots, and the last few years have seen a reformist administration putting the country's fiscal house in order. But corruption scandals and persistent economic inequality have undermined faith in existing democratic institutions.

Autocratic nostalgia is also taking over the Philippines, where Ferdinand Marcos Jr., the only son of the former dictator, is in a strong position to win the vice-presidential elections -- paving the way for an eventual run for the highest office in the near future. Combining historical revisionism with his defensible recent track record in office, Marcos Jr. has promised to make the Philippines great again. He claims, quite dubiously, that his father would have made the Philippines some kind of Singapore if only given more time in office -- a farfetched claim roundly dismissed by experts.

He has essentially dismissed the 1986 EDSA Revolution as an unwelcome disruption rather than a heroic break with a bankrupt system. Meanwhile, Mayor Duterte, who not long ago was a relatively marginal player in Philippine politics, is in an equally promising position to claim the presidency. Extolling the supposed virtues of his strongman leadership in Davao, he has promised, quite astonishingly, that he will end criminality (and corruption) in the Philippines within his first six months in office, if not earlier.

While Marcos Jr. hasn't shied away from glorifying the (dictatorial) past, Duterte, who doesn't shy away from foul language, has openly expressed doubt in democratic institutions. In short, a growing number of Filipinos are willing to elect politicians who don't seem to believe in the existing democratic system. The millennials, who have no experience of the Marcos dictatorship, seem to be also enthralled by the Duterte-Marcos strongman rhetoric and savvy social network blitzkrieg.

Both Duterte and Marcos are also deeply popular among the country's most educated classes. The Philippines is following a similar pattern to Thailand, Turkey, and Chile, where a historically small, sandwiched middle class has tended to flirt with autocracy out of exasperation with decaying democratic institutions.

There is little doubt as to the simmering eruption of public outrage at the shortcomings of Philippine democracy. The Filipino people have all the right to feel angry and disappointed with the ruling elite. A more careful look, however, suggests that the Philippines' problem is precisely the lack of democracy, not its existence nor its supposed excess. As leading thinkers such as Joseph Stiglitz have pointed out, the tendency among people is to focus on the wrong problem.

First and foremost, the academic literature is clear on one point: Regime typology is neither a prerequisite for nor a determinant of economic development and political stability (See, for instance, Przeworski et al. (2000). "Democracy and Development: Political Institutions and Well-Being in the World", Cambridge University Press.)

For every successful autocratic nation like Singapore, one can find dozens of impoverished autocratic countries like Myanmar, Zimbabwe, and Yemen. For every stellar leader autocratic like Deng Xiaoping or Lee Kuan Yew, one can find countless Mao Zedongs, Ghadaffis and Mugabes. Democracies, meanwhile, have on average performed much better, though few have experienced the kind of breakout economic miracles experienced by few competent autocratic regimes, mostly in the Confucian sphere.

The problem with strongman-based systems was best identified by no less than Aristotle and Plato, who, in Roman poet Juvenal's words, asked: Quis custodiet ipsos custodies (who guards the guardians)? In absence of institutional checks and balances - from free elections to media/legislative-judicial scrutiny -- autocratic countries tend to fall victim to what Francis Fukuyama calls the "bad emperor problem": a whole nation could suffer for long if a ruthless tyrant makes it to the top, or a formerly competent autocrat degenerates into tyranny in old age and decadence.

Second, and more importantly, the Philippines is hardly a genuine democracy, given how a fairly coherent and small oligarchy has been dominating the country's political and economic landscape for more than a century. In this sense, what is needed is neither a bloody revolution nor autocratic role -- both of which can go very wrong, as past experiences show -- but instead a gradual, systematic reform towards substantive democracy, where citizens can truly benefit from actual freedom from fear, hunger, and injustice.

Alas! The Filipino people are running out of patience. And reason is losing its grip on public consciousness. The Philippines will either have to create a genuine democracy or (once again) fall into an autocratic trap.

Note: This piece is the first part of a series of essays on the Philippines' elections. You may read parts II ("The Folly of Philippines' Autocratic Nostalgia") and III ("The Philippines at a Crossroad") here.