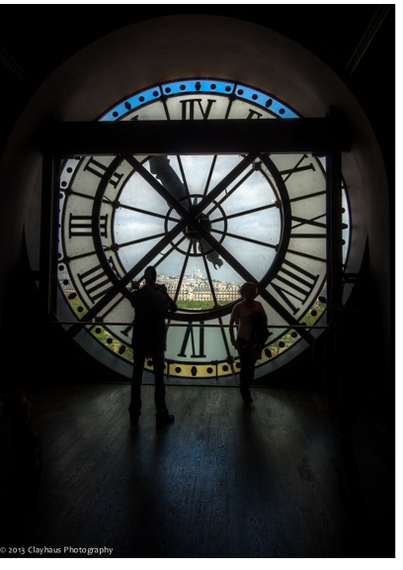 Ok before I go further: I have not yet retired, have no intention of retiring and have never understood the concept of retirement.

With that said, I have seen the "benefits" of what is attributed to retirement. I am the caregiver of my parents, both of them in their 90's. They both held top management positions and were leaders in their field. As a side note: I saw many people in management who were not leaders and I saw leaders who were not in management. I've seen the retirement tract up close.

Like my parents, I have known many people who have "worked towards retirement." When I was younger, I heard about retirement and acquainted it with dying. When I heard someone had retired, I felt sad or surprised because I hadn't known they were sick. You can imagine my surprise and confusion when they would come to the next gathering! As I grew up and became more educated in the matter of retirement, it made sense ... but only if I believed the line of thinking that educates us about retirement. Let me reiterate, I understand the concept of retirement ... if I believe the line of thinking that continues the thinking of retirement.

As I moved into my "productive years" (18-65 by retirement standards) I raced through volumes of learning curves. Immersed in experiential living, the shadow of retirement stayed steadily by my side but out of my way. It continually came to me in a myriad of ways as those around and ahead of me were setting their course straight towards it. I remember when I was 25 and we figured out at work when each one of us could retire. It seemed like that possibility was as plausible to me as being the first woman in the white house -- it was a long ways away. Yet, I worked towards both with the same kinds of planning. Only 40 more years and I could ... retire and only ? more years and I could be Madame President. Both seemed ... forever away.

So, here are my questions about retirement: Why should or would anyone spend 1, 5, 20, 40+ years doing something they can't wait to retire from? It doesn't make sense. I'm not saying I can't make sense of it, I'm saying it doesn't make sense. Why do we engage in life and a career with such verve and then gear ourselves towards winding down? Why do we immerse ourselves for the first 18-25 years of our lives in education preparing ourselves to participate in co-creation, building, imagining, and fully participating in life while also being taught and then believing that somehow as we age we become less than all that? Why as we come to age 62, oops 65, oops 68 do we retire from all those things we've loved being and doing for years and years and years? Why spend any of our life doing something we can't wait to retire from? That includes parenting, marriage, religion, and careers. The loudest supporters for many of those things we commit to before, during or after we know enough to make our own choices, aren't themselves happy, fulfilled or joy full. Yet they continue the cycle of retirement running through parenting, marriage, religion, life, etc., etc., etc.

I've actually experienced retirement by many before the mandatory retirement age. I've seen them counting the days, months and years until retirement, as their lives pass them by tired of trying to wake them up, to get them engaged to live in the present, fully and vibrantly. I've seen after retirement the minds of brilliant people begin to deteriorate from lack of active participation, the need to be needed, feeling little value and losing interest. I've seen people, many people, who are placed in retirement homes after retirement because they've retired from life and haven't yet retired their bodies or because others retire them to retirement centers to retire further ... well past any benefits.

Arianna Huffington has started a movement called The Third Metric of Success. I've followed it with great interest and support because it starts us thinking again about what we are investing in and what we have been taught to invest in. It is waking us up to the choices we are making and for what, for whom and why. Retirement is as ingrained in our world as power and money. Many use it as a metric of success. However, its luster often dulls as the years roll on but many continue to polish the dullness. They are hoping they didn't buy into a Ponzi scheme that literally sucked all their life savings away. I've seen it up close and though I haven't experienced it, I've chosen to throw it into the fire of beliefs we're raised in to take a deeper look.

Why do we not remember to invest in retirement (also defined as "privacy or seclusion") programs where we withdraw into private or seclusive meditation, throughout our lives, so that we can take time to reinvest in our callings, recalibrate ourselves and re-enter the world bringing with us new opportunities, adventures and possibilities to participate in, so that we can create new ways of being with excitement, invigoration and joy, so that we can reignite minds and hearts until death do we part?

And on that note, what about death? Could that also be redefined and re-experienced?