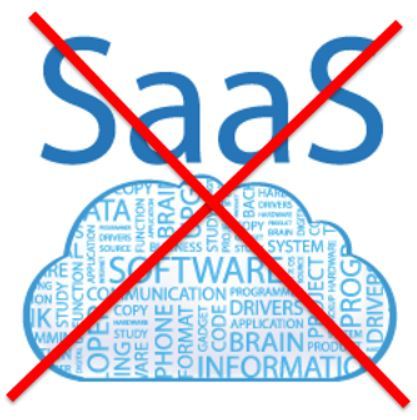 Salesforce's famous marketing slogan "The End of Software" needs a facelift. Mr. Benioff's CRM behemoth became the market leader by disrupting the traditional model through the cloud. However, with slowing growth and competition from the likes of Microsoft catching up, the company needs another dose of platform innovation to carry it through the next 5-10 years.

Platforms that build and coordinate networks are the most valuable businesses today. In fact, public platform companies are valued at a two to four times companies who are built around other, more traditional business models. There's a good reason for this gap. Platform business models have better profit margins and grow much faster than other business models. But Salesforce's platform efforts to date only have limited growth potential.

So far, the company has been focused on building a development platform. Third-party software developers can integrate with Salesforce both on the web and on mobile. On mobile, their Salesforce1 app can be integrated with other apps on your device. You can visit their app marketplace and browse over 300 apps that have integrated with Salesforce1 since launch in Q4 2013. A decent start, but, by no means a game changer.

If you own a building with commercial real estate, you have brokers who are responsible for leasing your space to businesses. Your brokers need a CRM tool to track and optimize their sales funnels.

If you own a business and need to rent space, you have also have a broker who is responsible for finding you a space to lease. Your broker also needs a CRM to track and optimize his/her sales funnel and opportunities.

Both sides of the market use a CRM tool to do their job better and close more deals. The value Salesforce provides to the brokers is linear: they provide a tool to better organize their deal flow so they can ultimately close more deals. Ultimately, what both parties are interested in is signing more leases. This is what Salesforce should focus on doing in the appropriate industries.

The way to truly capture the most value in any specific vertical is for Salesforce to facilitate the exchange. And Salesforce has already been starting to focus on vertical specific teams and solutions.

By positioning itself to play a bigger and bigger role in facilitating these transactions, Salesforce will evolve its value proposition away from a linear flow and into a networked flow.

The commercial real estate industry is just another form of a marketplace: connecting buyers and sellers. In 2015, services marketplaces are poised for domination with expected IPO's from Uber, Airbnb and others.

Outside of the "on-demand" oriented services marketplaces, there is a burgeoning trend of startups that are focusing on industries just like commercial real estate, where they can use technology to cut out middlemen, reducing transaction costs for both parties.

The tough balancing act for Salesforce is around privacy and potentially commoditizing part of your customer base when operating a services marketplace at scale. These are certainly not easy obstacles to overcome. But if one company can pull it off, it would be Salesforce, guided by the fearless leadership of Mr. Benioff.

Founder & CEO of Applico, the Platform Innovation Company. He advises companies like Google & Highland Capital’s portfolio companies on platform innovation and has developed over 300 apps in total.