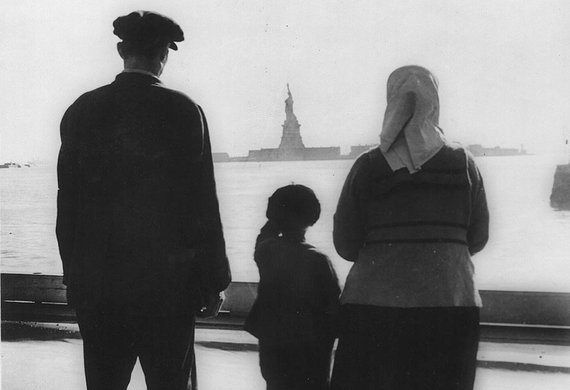 Image by Library of Congress

"The happiness of America is intimately connected with the happiness of all mankind. She is destined to become the safe and venerable asylum of virtue, of honesty, of tolerance, of equality and of peaceful liberty."
― Marquis de Lafayette

In the summer of 1777, the Marquis de Lafayette, French aristocrat turned American major general, set sail to America, where he was willing to conquer or die for America's cause. Lafayette was infatuated with a liberty fighting America that made it possible to pursue what today we know as the American Dream.

"Being a nation of immigrants gives us a huge entrepreneurial advantage over other nations," President Barack Obama said recently, "that is part of what the American spirit is all about."

Unlike any other place in the world, the U.S. has been the haven for immigrants from around the world to launch ideas for which they have been ridiculed at home. Today, however, the country's immigration policies curtail its potential by making it difficult for immigrants to start a business.

While it is possible to start a business as an immigrant, the process is uncertain and unnecessarily complicated. When a foreign student graduates from an American university today, she can apply for a one year visa upon graduation and start a business. Beyond that year, however, options are scarce to continue that business. Many students return home defeated or relocate the business to a foreign country.

The U.S. would benefit from simplifying the process, encouraging more immigrants to follow their entrepreneurial aspirations. A startup visa, specifically targeted at those immigrant entrepreneurs that want to start a business, would spur U.S. growth and create thousands of jobs for Americans.

Contrary to conventional wisdom, immigrants don't steal jobs, they provide jobs. As immigrants are more likely to be self-employed than the native-born population, helping them would create even more jobs.

Indeed America would not be the same without the brands that immigrants founded. There is a long tradition of immigrants building companies in the US. They helped to build Apple, eBay and Google just over the last few decades.

James Kraft immigrated to New York in 1903 and turned Kraft Foods into one of America's biggest food brands. Levi Strauss, an immigrant from Germany, invented Levi's, which produces the quintessential American blue jeans.

Immigrants have started more than a quarter of all U.S. businesses. In 2012, 42 percent of Fortune 500 companies were founded by immigrants and their children, and immigrant founded technology companies generated $63 billion in sales in that year. For venture-backed companies, the ratio is probably even higher.

There is a broad consensus on the benefit of a startup visa. The Fiscal Policy Institute estimates that immigrant owned businesses have accounted for one third of the growth in the small business economy in the last twenty years. The Kauffman Foundation believes that a startup visa could create up to 1.6 million jobs within ten years.

"Why don't we let entrepreneurs move here," Facebook co-founder Mark Zuckerberg asks, "when they have what it takes to start companies that will create even more jobs?" Reid Hoffman, co-founder of LinkedIn, emphasizes that entrepreneurship and immigration are the competitive strength of the US.

Despite this consensus, however, even among politicians in Washington, the issue is not prioritized. Everyone is aware of the value that immigrants would unlock, but nobody is willing to simplify the process for immigrants. Perhaps because immigrants, without a voice in the public discourse, constitute, at their best, only future citizens.

As Obama said, our journey is not complete until we find a better way to welcome the striving, hopeful immigrants who still see America as a land of opportunity.