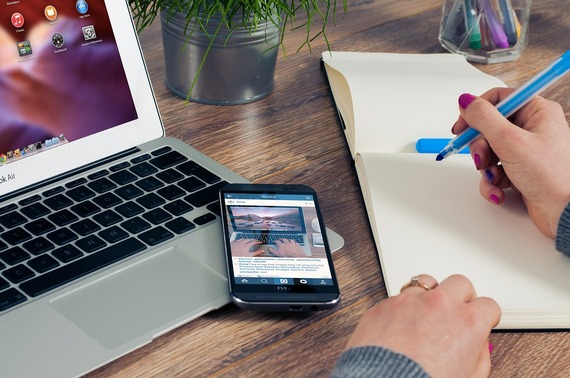 The Post-Industrial Economy
I read an incredibly interesting article yesterday: The Freelancer Generation: Why Startups And Enterprises Need To Pay Attention which set my mind racing towards the trends, developments and possibilities which will shape the new year.

Although I don't agree with some of what is written, for the most part it is very insightful towards current employment trends. What i didn't agree with so much is that this is the freelance generation. Instead I believe that the uncertainty relating to global commodity markets married to an eroding belief from millennials that full-time employment brings security has bred very specific circumstances. This has led to a growing number of individuals with a propensity towards backing themselves to make a success utilising their skills in an entrepreneurial way. Simply they see greater reward and greater perks.

I would argue then that this is the entrepreneurial generation, freelancer is too simplistic and does not convey the multitude of requisite skills necessary for success. You now need to embrace every facet of the entrepreneurial mindset to succeed; whether that is in the way you market your skills and services or in the way you exploit negligible niche opportunities transforming them into massive chances for success.

There are several unarguable facts relating to the direction in which employment is moving. 2015 was unquestionably the year of the startup, whether you look at the number of unicorns blasting through the $1b valuation or the amount of companies birthed, at no time in history has it been easier, more fashionable or accessible to start up a startup or work for someone who is/has. Instead of falling into a long term career millennials are trusting themselves to carve their own paths through the cultivation of a professional network that they can rely on for support and employment.

Converse to the linear careers their parents have taken, driven by serendipitous fortune, they are embracing the diversity and opportunity that an entrepreneurial approach to employment can bring and flourishing due to the acquirement of relevant skills and the ascertainment of opportunity they have found but which would never find them. They are the masters of their own destiny.

Regardless of whether you're a full-time employee, a contractor or a freelancer it's in your best interest to pay attention to the developments of the entrepreneurial generation. The developments here will have far ranging implication to the general workforce moving forward.

An enabler of participation
The opportunity for entrepreneurialism has never been so great due to the rise of technology, enabling a truly global workforce, and connectivity, allowing anyone to be connected to anyone anywhere.

Looking at it from an alternative angle the post-industrial economy is also an enabler. It provides cultures, genders and social classes historically discriminated against, forbidden or unable to contribute a route to participation and thereafter progression. Advances in technology have allowed for increased remote work which enables anyone, anywhere to work from everywhere.

Not only can you work from home but you can also enjoy increased flexibility leading to a favourable work life balance prevented by a 9 to 5 way of life. The post-industrial economy has not only shrunk the world through connectivity it has brought a whole new workforce to the fore who had never previously been a consideration.

The Past -- Post Internet Explosions
ETSY and eBay are an example of two platforms which have birthed a generation of micro-businesses and presided over the unprecedented growth of 'homtrepreneurs'. Mothers who historically had to stay at home were for the first time able to conduct their business during times that suited them.

This has provided a disposable income to women, teenagers and men around the world who were able to sell their possessions or products to an almost unlimited market. The explosion of the internet set the ball rolling towards the developments we are currently seeing and what will follow.

The Present -- Mobile Platforms
The next logical step in development from eBay and ETSY is the utilisation of the mobile platform for financial gain, which has begun to flourish post the introduction of the first iPhone. It enables earning without any commitments or requirements.

Where the industrial revolution enabled the employment of unprecedented numbers of women and children in production lines mobile platforms enable the exact opposite. They provide a safe and secure opportunity for a huge number of people to pursue the things that interest them and reward them with capital for their participation.

For too long mobile platforms have exploited the network of users they have cultivated without giving back, but now we are beginning to see the emergence of companies which redress the balance. You're information, data and general commitment to Facebook values your contribution at around $128 per user but why don't you see a penny? It's obviously a simplistic question to pose which ignores the fact the company has shareholders, staff to pay and new products to develop but ultimately why should your personal life line the pockets of others? The next revolution in mobile, social media and technology will see the emergence of compensation for your compliance and contribution.

The Future -- Full Global Participation
As we have progressed further into a globally connected world we have seen the permeation of opportunity with ever decreasing discrimination. This has taken some time to proliferate down to poorer nations due to the absence of technological infrastructure but even this is beginning to change as tech giants like google look to connect even the most remote tribes in africa to the internet.

What I believe, and what i truly hope, is that the post-industrial economy enables independence on a scale not seen since the abolishment of slavery. There is an unprecedented opportunity to tap into an almost unlimited pool of expertise and I hope that 2016 sees the beginning of a revolution of enablement.

Whether this enables a route to employment for the repressed in the Middle East, education to those in the most rural parts of Africa or provides true impartial information to those who's news is censured the post-industrial economies target should be far deeper than lining the pockets of CEO's like the owners of factories in the industrial revolution. 2016 should be complicit in the erosion of boundaries and the establishment of a global force: The Global Entrepreneurial Generation.

Embrace technology, embrace change and accept the truth that we will all be better for it.