Julian Gargiulo may be a classical pianist entrepreneur but he has the hair of a rock star. He likes to joke about this on stage. He says, "When I was a child I wanted to learn how to play the guitar but my parents gave me piano lessons instead. My hair never stopped dreaming." 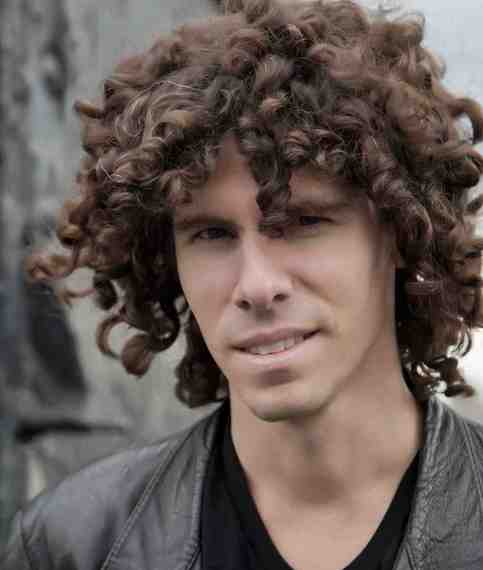 It's with this same kind of lightness that he approaches the piano bench. His curly, rebellious and untamed hair plays its own part in this unusual pianist's performances. Though he's not likely to burn any of the Steinway pianos he performs on, in Jimi Hendrix-like fashion (after all, he was recently named a Steinway Artist), you never walk into a Julian Gargiulo performance knowing exactly what to expect.

I had the pleasure to produce his Carnegie Hall concerts from 2006 to 2007, and have since followed his career as a patron of the arts. The entrepreneurial spirit and endeavors shines through his charm and presentation. If you had to describe Julian, it might be a tough choice between a charismatic virtuoso who can deliver a joke, or a sarcastic storyteller who works the crowd humorously. Depending on how you look at it, both definitions are accurate for this piano entrepreneur slowly building an audience globally and producing music that is still sold via CDs. 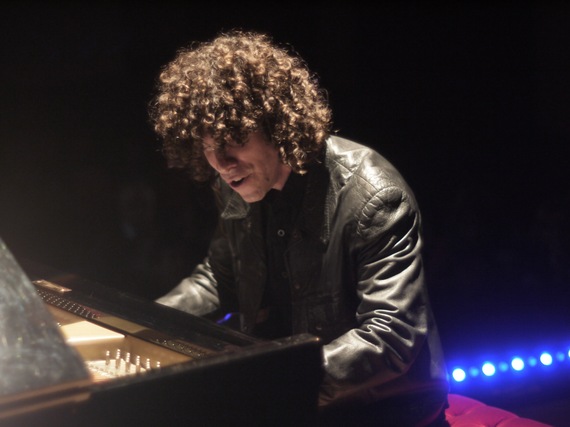 His schooling is hardly a joking matter, having attended (and survived!) the prestigious Moscow Conservatory in Russia and the Peabody Conservatory in United States. Between exclusive performances for the President of Singapore, innovative concerts at Carnegie Hall in New York, and his own Water Island Music Festival of Classical and Jazz Music in Virgin Islands, Julian Gargiulo gets around a lot! In a state of semi-permanent jet-lag, he may not know exactly what time it is back home in Paris (where he's been based with his wife and daughter for the past two years) but he never fails to be in time with his audience.

We caught up with him over the phone from the Caribbean island of Antigua.

David: Why do you do what you do?
Julian: I can't help it. I want people to leave my performances smiling. Forget their troubles. Forget their worries. Forget the stock market. I always tell them "music is the best investment" and then point them in the direction of the CD table.
David: You just played at Carnegie Hall. What's your favorite audience?
Julian: The last one I've played for. And it's not only because I have a bad memory. What was the question again?
David: Are you ever serious or is it part of your brand?
Julian: I find people are often concerned with that, or at least with that word. I am very serious...about having fun.

So what should you expect if Julian performs at a theater near you? He might greet you as you're entering the concert hall with "they were a little short on ushers tonight" as he prefers to make his entrance by leaping up onto the stage from the audience side. If you're not careful, he might bring you up on stage as well, to play pantomime with a little Chopin. Then break for a Question & Answer "but I'll be asking the questions." 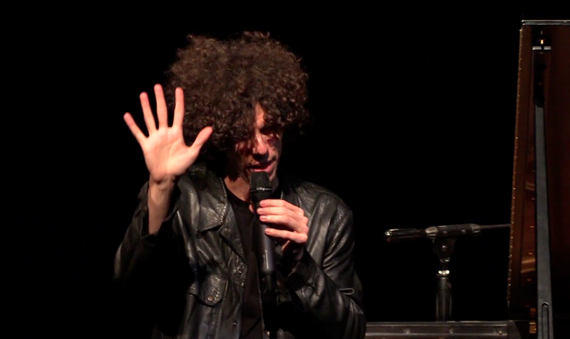 Simply put, expect to revise any preconceived notions you have about classical music concerts. He will entertain. Do not expect to sit still. Do not expect to look at the program. Do not expect to be spared just because you sat in the back row. Do expect to learn things you never knew, about the lives of the composers, Julian's two-year-old daughter's sleeping patterns, or the latest in airport security trends. "They've even started patting down my hair. And they usually find something."

Definitely, expect to listen to classical masterpieces, delivered with genuine emotion and incredible precision. In short, expect to develop a mini-crush on the guy! All in all, his greatest talent might simply be his unbelievable likeableness! Humble before the classical composers he plays, he manages to reach out and strike a chord in each and every person listening to him. In the end, they will all probably get up and give him a standing ovation. I did.

Julian is currently on tour in the US. For the rest of the year his program includes concerts in the Caribbean, Asia, and Australia. He has a never ending entrepreneurial quest to build his entrepreneurial career as a pianist. If you do find yourself at a Gargiulo concert, don't forget to buy his "Roll over Beethoven" CD, with his own compositions including "The Lost Sonata for Piano and Trumpet: I. Moderato intenso, II. Scherzo, III. Andante and IV. Finale." For more information, visit www.juliangargiulo.com