Eternity is both endless time and timelessness. It is a contradiction; it is a riddle. It is that which exists outside of our space-time reality, and by definition outside of our understanding and our consciousness. When we live so firmly ensnared in this self-consciousness reality, how do we fathom the unfathomable?

Perhaps the closest we get to touching the face of the infinite is the ocean. The ocean is limitless. It is the infinite homecoming. Because of its vastness we cannot see the ocean's end, nor can we follow its flows, or perceive its cycle of perpetual return. The ocean is fluidity, like time, a state that encompasses the singular and the whole, simultaneously. 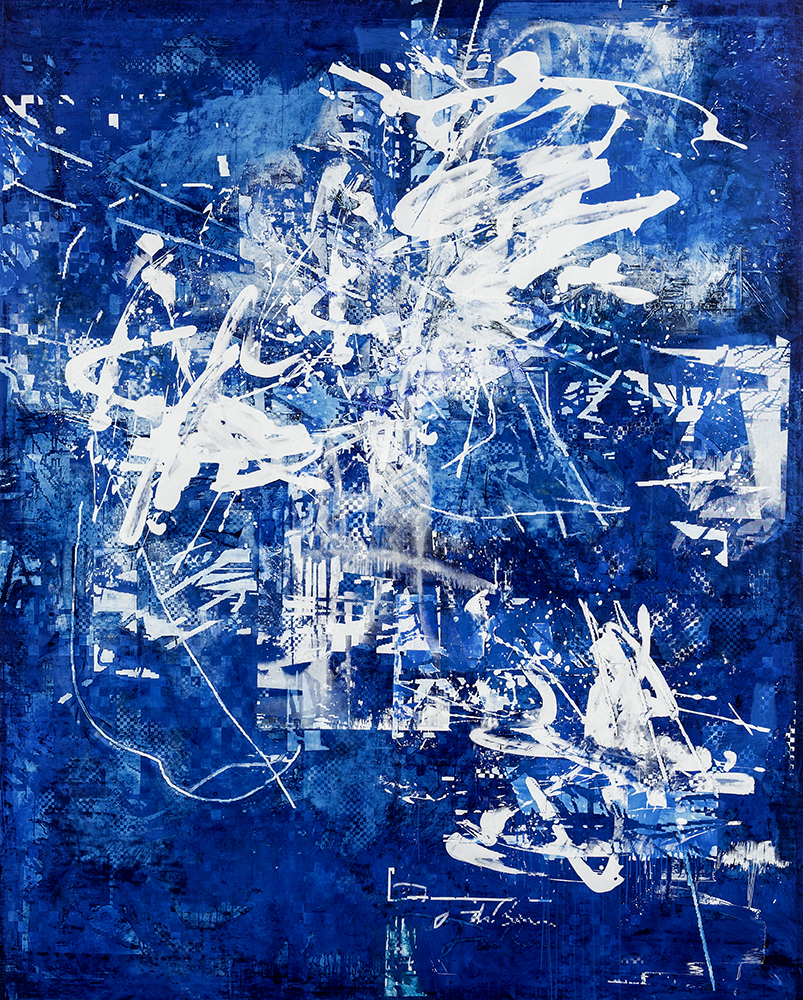 Every culture that lives along the water has a special relationship to the sea. California is just as much such a place, despite its, by now, well worn reputation for superficiality and hedonism. Listen to the words of "Til I Die" by Beach Boy, Brian Wilson, and you will glimpse that which every ocean surfer and ocean swimmer knows: to be immersed in this water is to be inside and to become a part of something primal, something infinite.

John Bauer grew up immersed in the primal, face to face with the concept of the infinite, as a surfer raised in the beach culture of La Jolla, in Southern California. To hear him describe his experience of the ocean is to glimpse the conceptual existentialism in his work. For Bauer, the ocean was expansiveness. The ocean was a living force that welcomed and consumed. It gave him a sense of drama, and a sense of awe. The ocean was pure potential. And it is potential that excites John Bauer most. 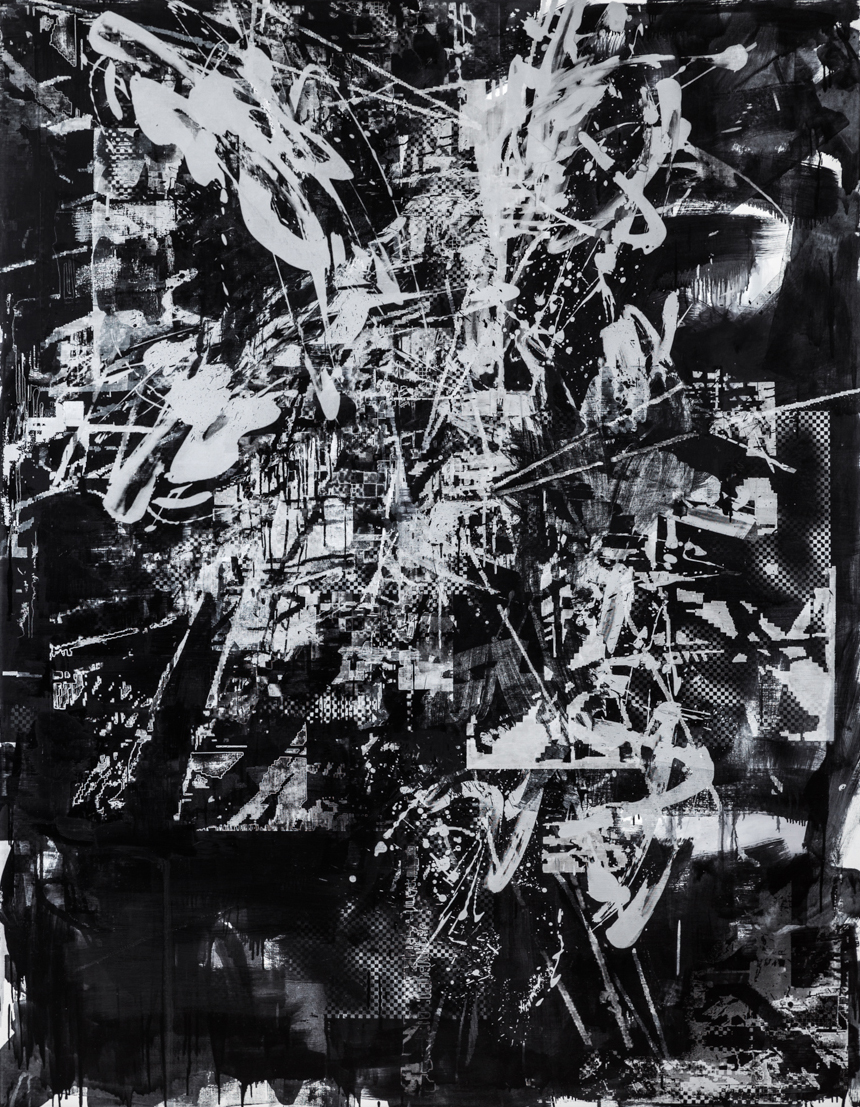 Surf culture is hierarchical and hyper aware of itself. Bauer grew up in this world, where the unwritten rules and dictates of tradition are communally understood and accepted. What board shorts you wear, how your surfboard is carved, what sunglasses you own, determines your place in the construct. It is an almost rigid structure of earned respect and long held tradition.

This self-conscious process, this created process, captivated Bauer and became the question to which his practice continuously seeks the answer. How to become less self-conscious. How to touch the limitless. How to convey potential.

Chipping away at the scaffolds of self-conscious constructs, questioning authentication, manipulating that which seems rigidly defined, Bauer's work is perpetually puzzling over the inherent conflict between fluidity and rigidity. 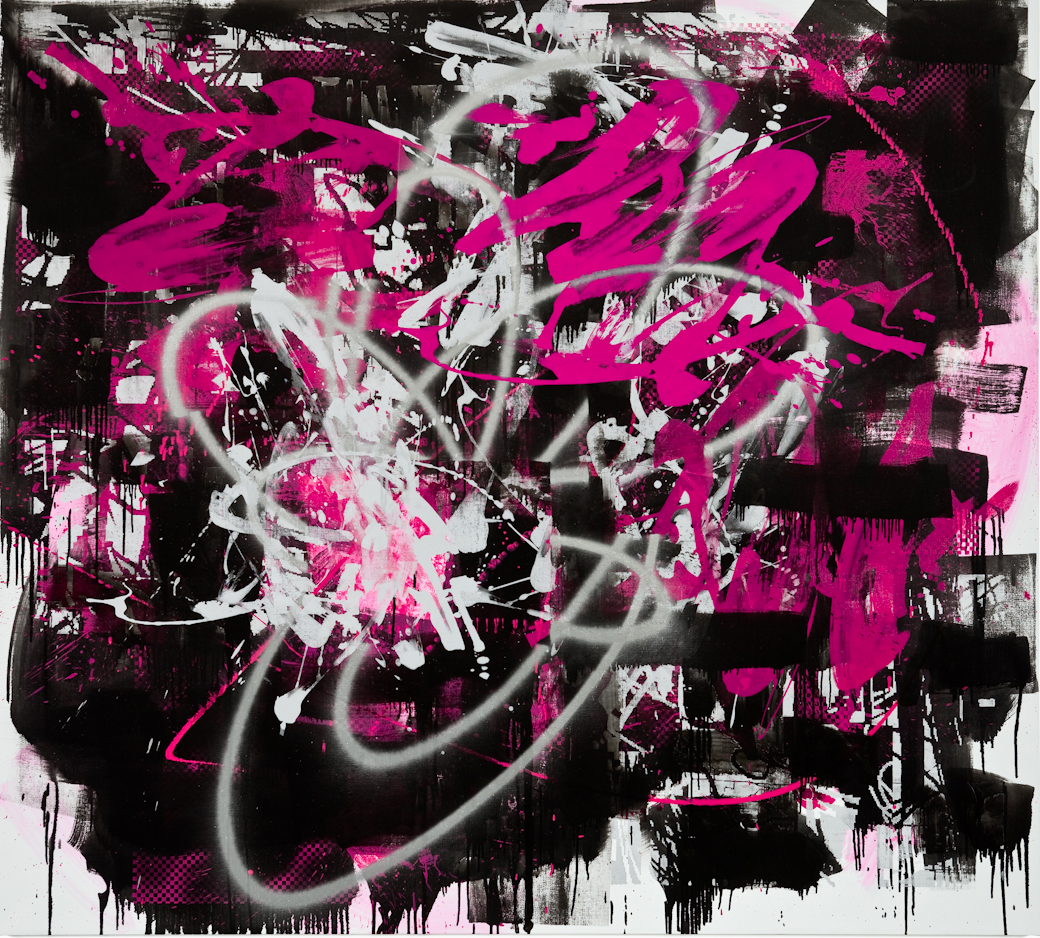 From his art study beginnings at University of California Santa Barbara (a surfer's preferred school) to his many years spent living and working in New York City, John Bauer has always sought immediacy and directness through his work, on a relentless quest to find the unself-conscious. To deconstruct the material process and mediate it into a different function. Pushing against the assumed primacy of tradition, which in this digital age, has become an almost old-fashioned notion. Picture making. The static relationship to the canvas, that rectangular format, the constructed four-cornered object in space that covers an empty wall. 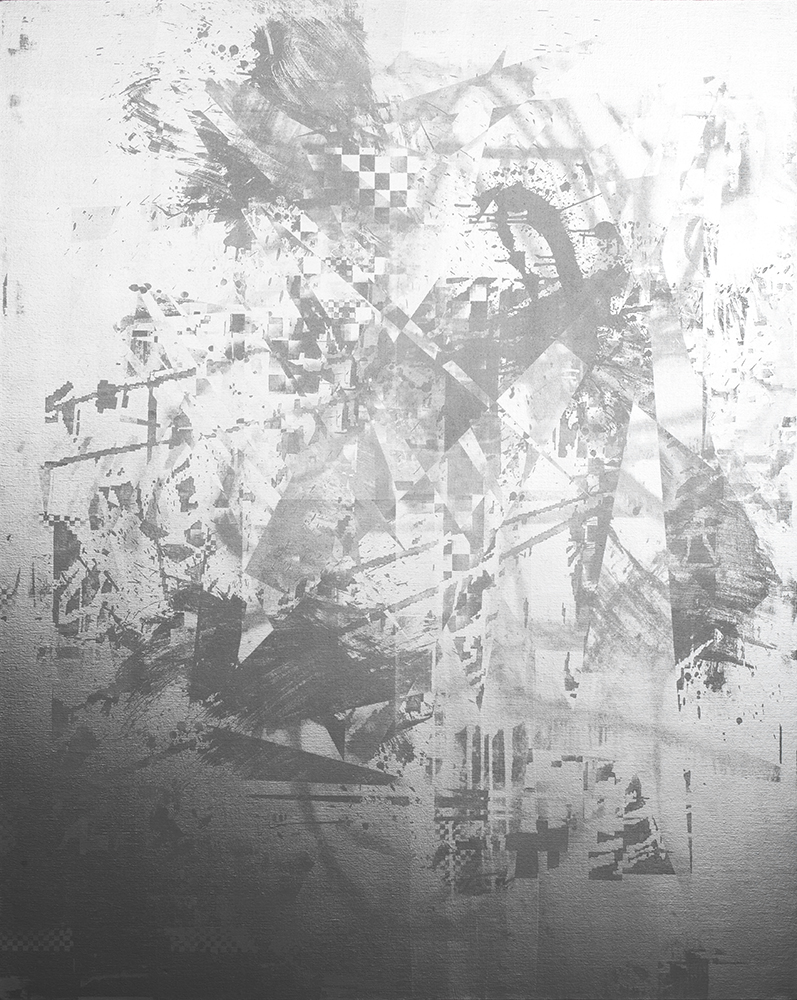 Bauer presses the inherent limitations of a two-dimensional artistic creation into the infinite. He takes the material gesture of the sweep of a brush, the movement of paint over canvas, that mark, that original mark, and photographs it, prints it, stencils it, reproduces, recycles and reinvents it. With this practice, Bauer questions the authority of the original mark on canvas. Copy, paste, delete. Like digital ghosts of our thoughts, Bauer's paintings seek to remember the human gesture in our increasingly transient reality.

Once deeply affected by the power of the monochromatic canvases of Ad Reinhardt, and the luminosity of Mark Rothko's Black Paintings, Bauer has always sought that sense of expansiveness in the potential of reinvention and recreation. Like the ocean, his paintings are like reflective mirrors, unique parts unto themselves and yet parts of a greater whole. 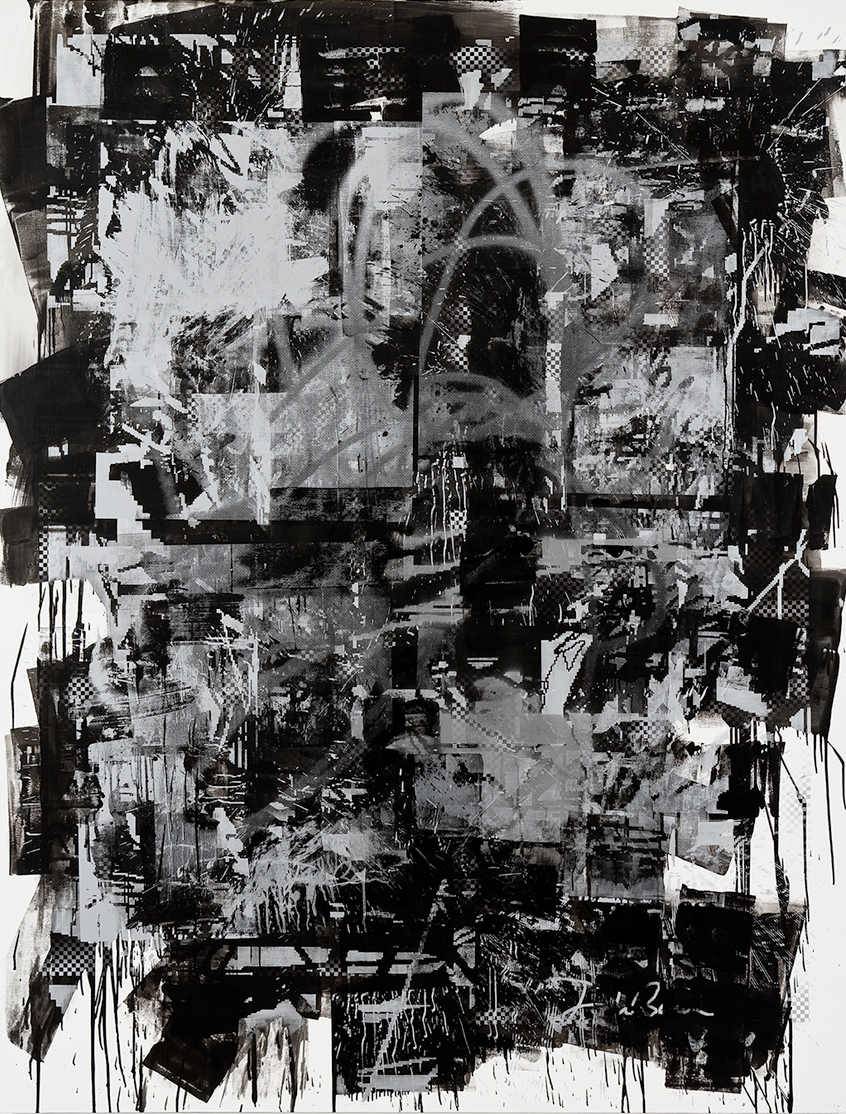 When he speaks of his process, John Bauer speaks of that same sense of drama he felt submerged in the ocean, the sense of pushing ahead, moving forward with a wave of potential, which is always better than actuality. He seeks that which surprises and that which is unknowable, and yet emerges as defined. He finds fear and apprehension in creation, sees rhythm and form emerge and begins to experience that seeing of what the object is about to become. And here Bauer persistently experiments with potential and surprise. The most exciting part for him is when the work starts feeding itself, when the ghosts emerge and play off of one another. It is that satisfyingly surprising process for Bauer, as once expressed by Pablo Picasso, "If you know exactly what you are going to do, then what is the point of doing it?" 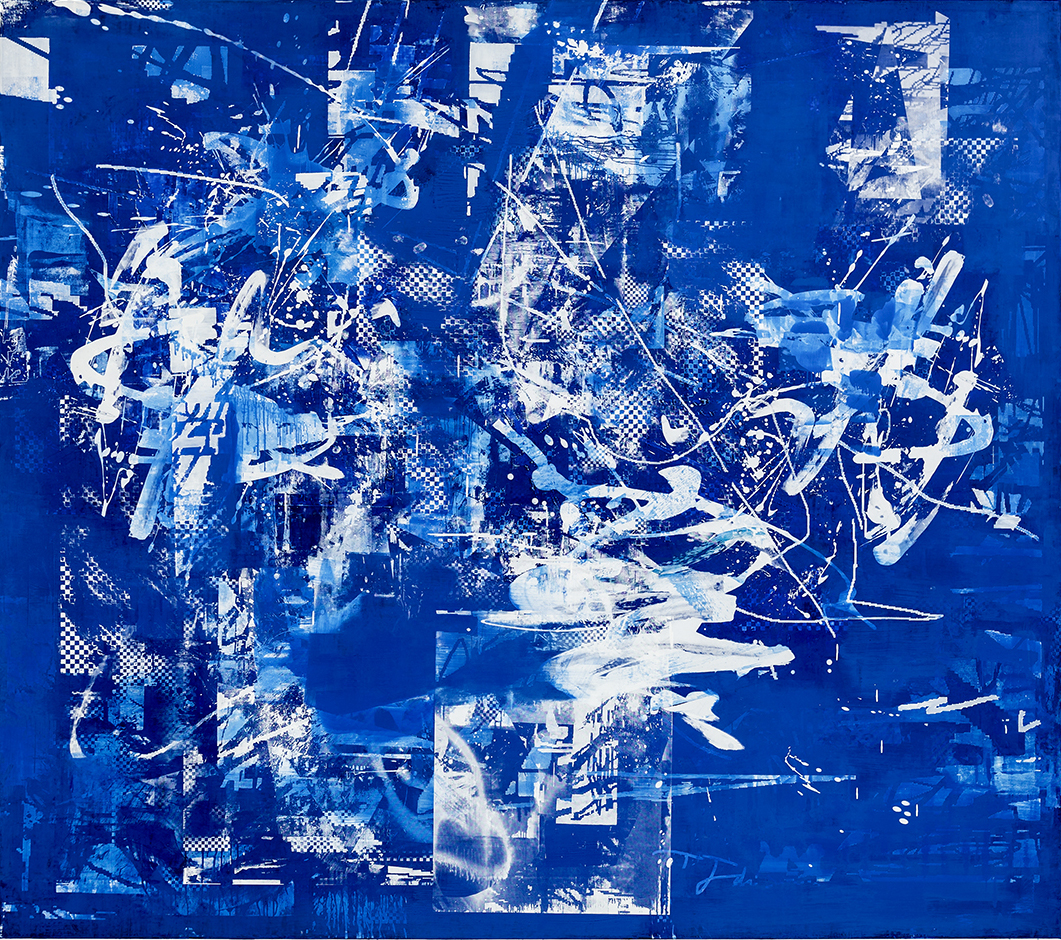 Working with materials such as chrome spray paint, black paint, creating monochromatic and explosively colorful works at the same time, John Bauer's heritage ultimately belies the dilemma, that beautiful places create forms of expression that can border on the nihilistic. Though Bauer now lives in Los Angeles, the scope of his work is international, and relates as much to New York sensibilities as that of his native California. With parallels to post-war German painting, such as Richter, Oehlen and Christopher Wool, and contemporaries like Wade Guyton and Seth Price, John Bauer's work re-examines modernism and explores the language of abstraction. His work is timeless, turning the nihilism of the digital age on its head and transcending its grandiosity, playing between the inherent polarities of a universe suspended between the contradiction of spirituality and negativity.

Like the ocean, John Bauer is forever seeking that which is bigger than himself, bigger than the work, bigger than the practice. Like the returning tides of the sea, his work continually surprises, and returns to the idea of potential, of being in the primal, in nature, confronting the drama, experiencing awe in the face of the expansive infinite.

John Bauer is currently showing at the Perry Rubenstein Gallery in Los Angeles.

All images are courtesy of the artist.