How to Smoke Pot (Properly): A Highbrow Guide to Getting High, a new book by former High Times Editor and VICE weed expert David Bienenstock, takes a look at the current state of the burgeoning marijuana market with advice on how to smoke pot properly, get a job in the weed industry and adjust to cannabis culture. A marijuana connoisseur of the highest order, Bienenstock explores medical marijuana's resurgence, how corporate America is trying to take over the industry, the joys of dabbing and the commodification and capitalism of the cannabis sativa plant. I sat down with Bienenstock for a discussion on the politics of pot. 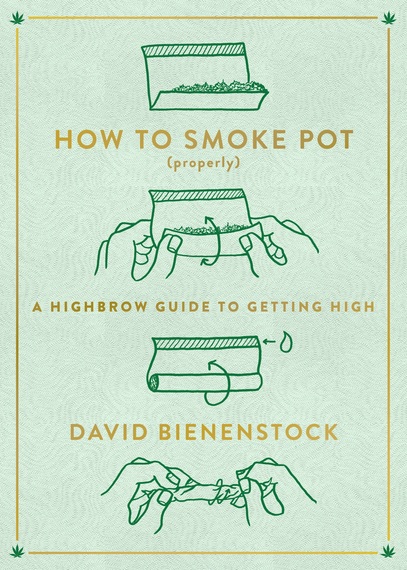 Marijuana has long held medical value, why are the benefits finally being recognized in the United States again?
David Bienenstock- They are terrified that people in mass will start to find out that marijuana is this tremendous treatment for everything from chronic pain to epilepsy, Alzheimer's, traumatic stress disorder, the list is endless and all these things that they're making huge profits from and it gets into how tied in cannabis is to our endocannabinoid system in the body.

So as far as what you've missed I think one of the big story is this was a truly grassroots political movement that took on one of the most entrenched oppressive systems of the government. You know, if you look at who we were up against it wasn't just the government it was the entire medical establishment denying the obvious benefits of medical marijuana. It's the criminal justice system putting people in jail for longer sentences for marijuana and all these financial crimes go unpunished. It's a very transitional time for marijuana culture.

I like to say as long as anybody is in prison for this plant or is being punished for this plant or being oppressed for this plant then none of us are free and that's still true right now, because like I said if you're in Colorado you're at store and you're paying taxes and you're upstanding citizen and if you cross the border into Kansas you can lose everything in your life just to trying to feel better or treat an ailment.

How is corporate America trying to take over the weed industry?
I like to think that maybe Corporate America by getting into marijuana distribution And I still believe we can get there, but in the meantime my hope is that by Corporate America and everything it entails getting into marijuana making this plant more and more available to people they're sowing the seeds of their own destruction, because the consciousness change that you experience with marijuana is between you and this plant. It doesn't have to do with who sold it to you and it doesn't have to do with who profited off that sale and that consciousness change to me is what the system has always been so afraid of. The War on Marijuana is not about limiting the supposed harms of marijuana. It's about suppressing the benefits of marijuana.

So many parts of the economy are already controlled by these very capitalized entrenched interest and it's hard to push them out. We still have this opportunity to say no. This can be a part of economy that supports workers, that supports small businesses. Even the opponents of marijuana legalization say they're afraid of big marijuana. Well, so am I, but I'm more afraid about people going to jail for no fucking reason, so why don't we meet in the middle and say let's have a cannabis economy where every worker makes a living wage. Let's have a cannabis economy where we have lots of small farmers instead of big agricultural businesses controlling everything. 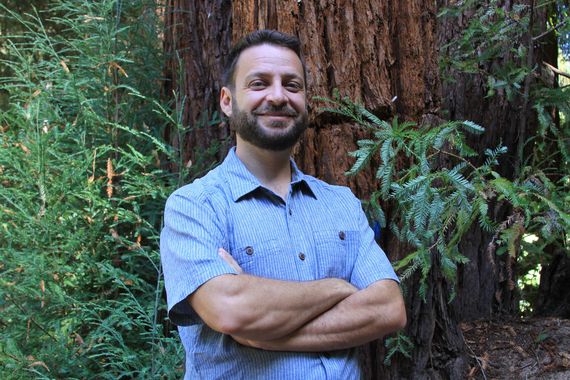 What is up with dabbing?
The first thing you have to look at with dabbing it's a highly concentrated form of cannabis. If it's made properly it's nothing but concentrating the things that are in cannabis, so it's very potent, but cannabis itself is so safe of a substance and it's still a safe substance in that form that's the most important thing. It's not some other substance and you see a lot of scare tactics around it, because people are always looking for a way to demonize marijuana.

If you decide that's something you want to look at just be respectful of the fact that this is very, very potent. That can be great for some people, but for other people it can be a little too intense. What I would hate is for somebody to have that as their first experience of cannabis and find it way too potent, you know, nothing terrible is going to happen to you. It's still an incredibility safe substance to ingest, but you might have an unpleasant experience that turns you off to cannabis entirely, so I do think especially for newbies you should stick to the flower.

There's really expensive wines that are made by master wine makers and you can crack open a bottle of Yang Ling and drank it with your friends on a porch on a Saturday afternoon.

How is capitalism changing the weed industry?
There's a line in the book where I say cannabis should transform capitalism and not the other way around. We live in this American capitalist system and so if money is going to be made off of marijuana, which is a huge product- obviously Corporate America, Big Business, Wall Street- they're going to muscle in. We should push back against that. We should try and support small farmers. This is a tremendous opportunity to create a parallel economy. Let's have a marijuana economy where we market this product responsibly instead of the way we market alcohol.

It's obvious that medical marijuana has tremendous benefits, especially in epilepsy. These kids are having, in some cases, hundreds of seizures a month and at the first application of medical marijuana those seizures stop. There's nothing you're going to say or do to a parent that's going to prevent them from providing that leaf to their children who have been suffering and in some cases their whole lives. So the political pressure becomes untenable. The political system has to in some way acknowledge that. 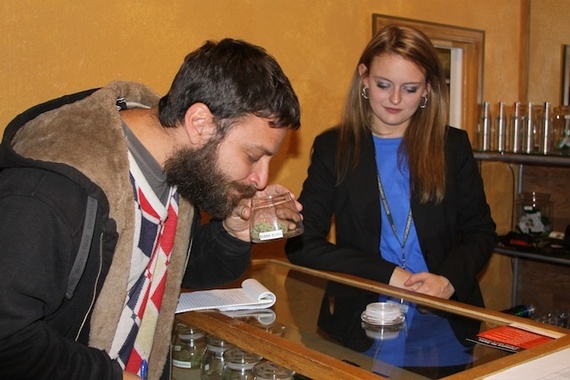 How is the current political climate toward weed changing?
You look at the political system neither the democrats nor the republicans champion this cause and in many cases they fought against it. And we were still able to make these huge changes not just in public opinion - and the media before I let them off the hook, the media was horrendous. It took The New York Times until 2014 to endorse marijuana legalization. I think that everybody that follows this closely believes and hopes that we're maybe even passed the beginning of end the war on weed that these changes are moving very rapidly.

I think all the stereotypes about marijuana making people want to share things and believe in a quality and breakdown these ideas we have about racism and oppression that's all true and I think that's one of the reasons - so I think that consciousness change like I say is something that will hold out on a micro level on individuals and on a macro level of society help us change the consciousness that we really sorely need in society. I don't think we have a lot of time left to have that consciousness change and reorient our society towards some better values, which to me have been the values of underground marijuana culture this whole time.