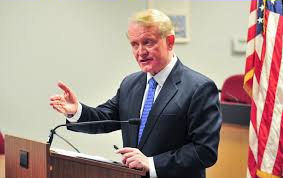 "He started out with a 71% rating in 2009," said Alex Taurel, Deputy Legislative Director of the League of Conservation Voters. "Now it's 21%. That's a pretty precipitous 50-point slide backwards.

"When he first came to Congress he was an ally on the environment. He voted for the American Clean Energy and Security Act, a historic bill to create clean energy jobs and cut carbon pollution. That was a very strong, pro-environment vote that he took, and his was one of the top environmental scores among Republicans in 2009. But now he is unfortunately voting as if we do not have a moral obligation to our children and grandchildren to address global climate change."

Where Taurel is measured in his criticism, Heather Taylor-Miesle, director of the NRDC Action Fund, is emphatically not. "In a state like New Jersey," she said, "here is a member of Congress who could be out there saying all the right things and be consistent with his traditional voting record. 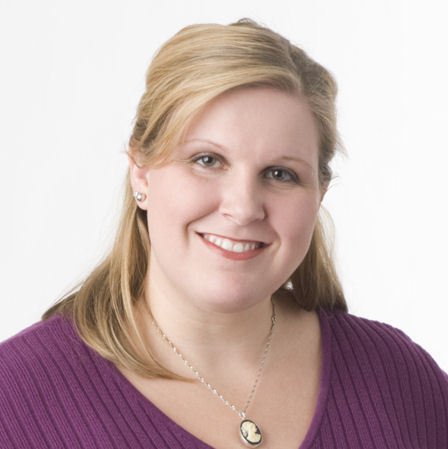 "He could be a leader. He could make a difference. He went from supporting the kind of legislation to address climate change to voting against its existence. It doesn't make any sense."

The change in Lance's voting record is the reason the Action Fund, the political arm of the Natural Resources Defense Council, chose to name Lance the 7th designated Dirty Denier, a small but growing list of congressmen who oppose efforts to clean up the environment and mitigate climate change.

The only thing baffling to the Congressman, however, is the criticism.

"I disagree with the premise that he's changed," said Todd Mitchell, Lance's Chief of Staff. "The Congressman can only vote on what is put before him. It doesn't surprise me that his voting record was higher in a year that the Democrats controlled Congress.

"Just two weeks ago the Congressman was one of only eight Republicans who voted against a bill that would have gutted the endangered species act."

What has changed since the GOP took control of the House, said Mitchell, is the emphasis on fostering business development, rather than environmental protection.

"There has been a greater focus on votes to deregulate many of the regulations which many Republicans believe are hurting, not helping our economy," Mitchell explained. "The Congressman has rightfully focused on measures that focus on environmental protection and job creation."
Rep. Lance, whose sprawling district runs from parts of Essex County to the Delaware River, has not changed the way he evaluates environmental legislation, said Mitchell. "He asks how does it strike a balance?" explained Mitchell. "How does it affect our economy and job creation and, on balance, affect the environment?"

To his critics, however, the change is Lance's voting record is not so nuanced.

"Lance is a member of Congress we used to work with all the time," Taylor-Miesle said, wistfully. "He was a super standup guy. He was smart. He wanted to know the facts, and we worked with him all the time...He was part of a coalition of Republicans who worked with different Democrats. They were non-partisan when it came to the environment, from Yellowstone National Park to the Arctic National Wildlife Refuge. He wasn't with us all the time, but he worked with us to make sure there was a lot of common sense in the statutes.

"But he's taken only one good environmental vote in all of 2014, and that was on the endangered species act. He voted against regulating particulate carbon pollution; against the clean-up of toxic mining waste. He voted to allow the foregoing of buffer zones, a requirement that keeps mining debris out of waterways.

"It makes no sense at all. We had 21 votes on the environment that we felt were important enough to rank. He has only taken one that was good for the environment. That's not the Leonard Lance that we knew."

There were two important environmental votes passed by the House Republicans which most angered environmental groups: the Stop the War on Coal Act of 2012; and the omnibus Regulations from the Executive in Need of Scrutiny (REINS) Act of 2013....