Human trafficking, modern slavery, commercial exploitation. Whatever you call it, Evolving Perception is a series of interviews with individuals working to address this or related issues. Students, survivors, educators, parents and professionals all give readers a new and better understanding of the crime while teaching us how to respond more effectively to it.

Cordelia Anderson operates her own training and consultation business based in Minneapolis, MN. She has nearly 40 years of experience in prevention - promoting healthy development and preventing harmful behaviors. Cordelia is an advocate for primary prevention and social change. She has conducted over 2,500 trainings nationwide & internationally on a range of social issues such as: child sexual abuse/exploitation prevention, normalization of sexual harm, pornography, Internet & other technology safety, restorative practices/circles, touch continuum, positive youth development, sexuality, bullying/harassment/violence prevention and self-care/compassion fatigue. 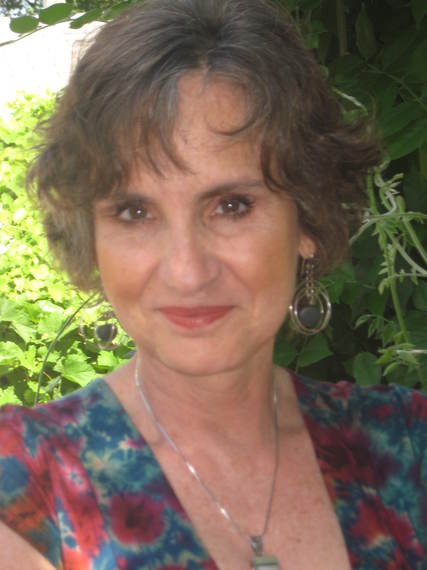 Robert: Internet pornography is woven tightly into the issue of human trafficking and can itself be a form of sex trafficking. I'm most concerned about children's access to pornography and how it may affect them.

Is there, Cordelia, a difference between perception and reality when it comes to the subject of Internet pornography?

Cordelia: The pre-existing frame in many people's minds related to pornography is "pre-Internet." They see pornography as something that has always been around and is no big deal. There is, however, a substantial difference between the men's magazines of the past - Playboy, Penthouse and, even, Hustler - versus the dominantly violent content of Internet pornography with multiple sensory inputs and endless novelty. The ease of access, affordability, presumption of anonymity and the sense of "expectability" are all very different.

Cordelia: With Internet pornography being so accessible, it's the expectation that boys and men will be consumers - with girls and women as the objects to be consumed and to service men - otherwise their masculinity is challenged.

Robert: When I was growing up, sneaking a peek at men's magazines was a right of passage and, perhaps, provided young people with some practical knowledge in what was often a vacuum of sexual consciousness. Have things changed?

Robert: Is there widespread confusion about the term "pornography"?

Cordelia: Language is always evolving and it certainly affects the way we understand a problem. The pornography industry, and those who defend and profit from it, have been very successful at equating pornography with sex.

Robert: What are the most serious concerns regarding the proliferation of pornography on the Internet?

Cordelia: The neuroscience is clearly showing an impact of Internet pornography on brain development and functioning. This should be especially concerning when young people are being exposed more frequently than ever before. This is why leaders call this the greatest unregulated social experiment ever done on children. We don't know the full impact yet. While some data indicate lower teen pregnancy rates and a reduction in some forms of violence amongst young people, numerous studies coming out show an impact on problematic sexual behaviors, intimacy, erectile dysfunction, relationship problems, anxieties and depression - to name a few of the harmful effects.

Robert: Any tips for parents who want to provide guidance to their children on this subject or want to know more themselves.

Cordelia: Instead of allowing the pornography industry to be the primary sex educator of children and youth, talk to your children and help prepare them for growing up. There is great hope that we can help them clarify their values and see how these values inform their behavior. We need to talk about sex and sexuality and pornography. Help children to understand how pornography impacts their brains, feelings and health; it is not harmless and it is not an accurate depiction of sex or relationships. They should learn that, whatever they do a lot, like practicing a musical instrument or a sport, they're molded by that thing and it becomes a part of them. If they spend all their time on a screen, looking at these kinds of images, it will shape their ideas of gender, sex and arousal in ways that can be very harmful. There are studies showing that pornography can be addicting. We want children to have accurate information so they can make the best choices for themselves. We want them to be driven by a strong sense of self, knowledge of their own values, love, a broad understanding of intimacy, to have caring connections and make the best choices about relationships. Pornography robs them of this and of their imaginations. The pornography industry and its defenders, claim it is harmless. Research says otherwise. We must tell young people not to believe the hype.

Robert: Great advice, Cordelia. Thank you. And, I don't believe parents should be afraid to monitor and limit Internet access for their children.