Human trafficking, modern slavery, commercial exploitation. Whatever you call it, Evolving Perceptions is a series of interviews with individuals working to address the issue. Students, survivors, educators, parents and professionals all give readers a new and better understanding of this crime while teaching us how to respond more effectively to it.

Ayush Khanna is the Director of Product & Marketing at LaborVoices where he is building a Glassdoor-like platform that guides workers to the best jobs and global brands to the best suppliers. Already, LaborVoices has data on tens of thousands of workers from more than one hundred factories and farms in 11 countries. He is passionate about developing products that delight users while also creating social impact. Previously, he has held analytics and research roles at PayPal, Wikimedia Foundation, and Duke University. Ayush has a Masters degree in Information Science from UC Berkeley and a Bachelors degree in Computer Science from Mumbai University. 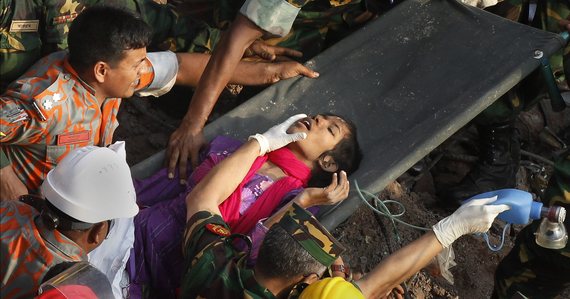 Robert: How would you define Fair Labor?

Ayush: To me, Fair Labor is about freedom. This means going beyond just fair wages, reasonable hours and safe working conditions, to giving workers the choice to work in a way that best suits their needs and helps them grow.

Robert: What got you interested in helping to ensure fair labor around the world?

Ayush: For many years now, I have been fascinated with mobile technology and its potential to create large scale global impact. Previously, I worked at Wikimedia Foundation providing analytical support to projects aimed at growing Wikipedia content in India, Brazil and Egypt. In 2013, I was working on data analytics for PayPal's mobile apps as the Rana Plaza tragedy struck Bangladesh. I was deeply disappointed then and I still am now, THREE years later, at the lack of responsiveness to this tragedy. I decided that I needed to do something about it and gave up my cushy tech job. I saw LaborVoices as an opportunity for me to best apply my skills to solving the global fair labor problem. 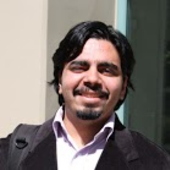 Robert: How can technology save working people from labor abuse?

Ayush: One word: scale. Large majorities of workers now have access to mobile phones (in many countries 90% or higher). They also have first-hand data about their working conditions: Who recruited them? Were false promises made? Are they paid on time and in full? Do they see underage workers in the factory? Do they experience verbal or physical abuse? If we can collect and organize this data, we now have real-time insights on recruiters and suppliers that can be used by global brands to work with ethical suppliers and to guide other workers towards the best (and safest) job opportunities. As more people start using phones that have internet access, this data will get even richer. I will add though - it's not just about the technology. We need to make sure that workers are protected from backlash for speaking up. Protecting their identities is key.

Robert: Why do some big corporations test the limits of fair labor practices? Does it only have to do with the pursuit of profit? Or is it the fault of poor laws? A combination of the two? Or something else?

Ayush: Like with most things it's a nuanced answer. I think it all starts with visibility. The average global brand, even with the best intentions, simply doesn't know enough about their supply chain. We've worked with big global names that had access to little more than an address and a phone number for many of their suppliers. Things are further complicated by the fact that there can be several tiers to the supply chain: Supplier X itself sources some materials from Supplier Y, and so on. Also, in many cases, suppliers indulge in unauthorized subcontracting - the practice of outsourcing production to other suppliers without the brand's knowledge. Lax laws that limit brand accountability mean that these problems receive less attention and hence less resources.

Robert: What would the ideal law to restrict unfair labor practices in corporations look like?

Ayush: That's a great question! I am by no means an international law or policy expert, and, as with any other law, enforcement is key. But here's an idea: it needs to start with shared accountability among brands, suppliers, and governments. Firstly, we need some kind of periodic reporting of issues across all suppliers. If an issue is discovered with a supplier, suppliers would be required to address them within a short time frame (1-3 months, depending on the severity of the issue) and invest in measures that prevent these issues from re-occurring. Once this process is repeated for a few suppliers, repeatable patterns of success will begin to emerge. If these changes are not made in time, brands would be required to drop the supplier. The reality is that most brands would rather invest in improving their present supplier base rather than finding a replacement.

Robert: There are elementary and secondary school students reading this. What can they do to help end labor exploitation in the world today?

Ayush: Ask questions. Look into where products are being made and how. Read the news about labor issues in specific industries. There is very limited data, but it's out there! Products like GoodGuide are a great starting point to gather information about specific products. At LaborVoices, we will be publicly releasing factory data later this year. Finally, speak with your wallet! Let brands know that you care about working conditions and demand answers. If more of us start asking the right questions brands will take these issues more seriously. This applies not only to students as potential consumers but also future members of the workforce.

Robert: I guess that being a savvy consumer is about more than just shopping for the best price. Thanks Ayush!