This is the first in a series of interviews with individuals working to address human trafficking. You'll meet students and educators, parents and professionals whose voices may give readers a new and better understanding of this crime while teaching us how to respond more effectively to it.

Glendene Grant is the founder of Canadian-based, Mothers Against Trafficking Humans (M.A.T.H). She has been working tirelessly since 2010 to make parents more aware of the dangers of human trafficking.

Robert: Glendene, if you had one wish, what would it be?

Glendene: That is the easiest question to answer .... that my daughter, Jessie would be found alive and be able to finally come home. 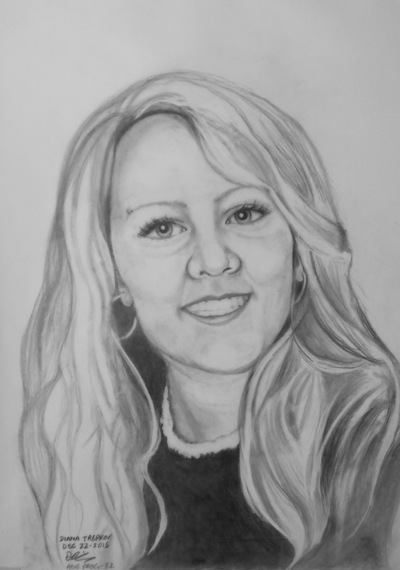 Robert: When and where did Jessie disappear and what were the circumstances?

Glendene: Jessie was taken from Canada to the USA on two so-called vacations with someone she thought of as a friend. But this person turned out to be known by Canadian police as a pimp and a human trafficking recruiter. These trips were not vacations at all ... as she was eventually left in Las Vegas with a second Canadian pimp and a prostituted woman from California. Within the month, she was in the hands of a third violent pimp known to Las Vegas police. Their vice and pandering squads had tried to bring him down for years. All of the potential witnesses, however, were deathly afraid of him and what he was capable of doing. So he has been getting away with exploiting women for decades.

We actually thought that Jessie was happy in Las Vegas. She told us that she had met someone, fell in love and moved in with him. She then became engaged to him and said she was staying in Las Vegas. This person was the same third pimp. Just when Jessie was planning on coming home, she went missing. It is believed that she was moved to another area so she would not be able to leave. Jessie has been missing since March 29, 2006.

Robert: How similar or different was Jessie from other parents' daughters?

Glendene: Jessie IS everyone's daughter, so she is exactly the same. To parents, our own children are very special and, to me, Jessie is one of the most precious.

Robert: What kind of work are you doing at M.A.T.H.?

Glendene: Through M.A.T.H. I have been educating people about the crime of human trafficking. I tell them about Jessie's case and how easy it was for her to be taken 10 years ago. I don't want anyone else to be a victim to human traffickers like what happened to Jessie. Jessie never had the knowledge that could have protected her and she fell prey to them.

I talk to students in schools, front line workers at certain events and parents and citizens at others. I also do a lot of work on social networking sites such as Facebook and Twitter. They are amazing tools for sharing things in a fast and far-reaching way. I educate anyone and everyone I can. The thing about doing work to help others is that it helps me and it is helping Jessie. Perhaps one day she will be found because of how many places her pictures have been shown.

Robert: What is your message to parents?

Glendene: Parents need to know that human trafficking is something that no one is immune from. We need to educate our children about this crime so they know it exists, otherwise they will have no defense if they are ever faced with this danger. Jessie never knew. Over 10 years later, people know it happens.

Robert: How will you spend March 29, 2016 - the ten-year anniversary of Jessie's disappearance?

Glendene: We have named a star after Jessie and we are having a "Star Naming Ceremony & Candlelight Vigil for Missing Jessie Foster" at Riverside Park, our main park here in Kamloops, British Columbia on March 29th at 6:00 pm. Go to the Facebook events page here.

If you can attend, thank you... and please share with others. But, even if you cannot be there in person, choose "ATTEND EVENT" as you will all be there with us in spirit. If you choose to hold an event in your own area for Jessie and for all missing persons, please invite our Facebook page to it.

It's been over 10 years since Jessie has been missing (as her mother, I still have such a hard time accepting that this much time has passed, but it is true .... it has been a decade), many things have been done in Jessie's name including:

Robert: Thanks Glendene. Jessie will remain in our hearts.

Coming up next: The inspiring story of Barry Jurgensen - walking to end slavery.