It's 3 a.m., and my mind is moving at hyperspeed. Plagued by the same thoughts, at this same inconvenient time: where is my life going? Am I using these precious seconds, minutes, days right? How am I giving back to the world? AM. I. ADEQUATE? These crises, and their subsequent laments over missed goals, misguided motivations, woulda-shoulda-couldas, strike like terrifyingly accurate heat-seeking missiles when the sun has set on the time for action. I should be writing but its time for bed and there's nothing I can do about it now. "How can I prove myself to the world, and what am I doing wrong?" wondered from beneath the covers on a late September evening. But where were those thoughts all day? When these calls to action may have translated to something physical? Something useful? Yet it is in these hours, when we are halfway between asleep and awake, that we make the plans, set the resolutions, and otherwise worry about the direction that our lives are taking us. What is it about this half-awake, half-asleep state that turns our minds into these running machines that won't let us be? 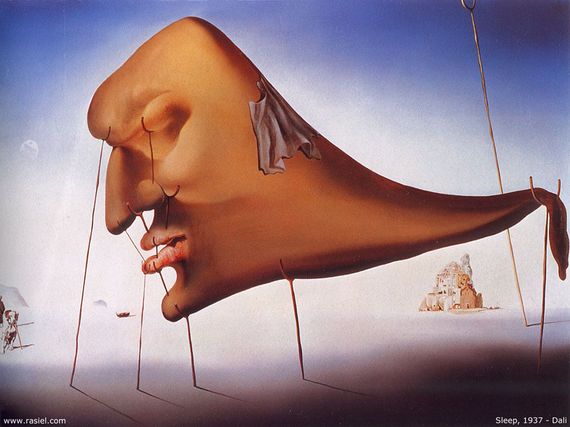 The Scientific American published an article in 2012 linking creativity to the Circadian rhythym, and concluded that our creative potential spikes during our off-peak hours, and we "may consider a broader range of information. This wider scope gives us access to more alternatives and diverse interpretations, thus fostering innovation and insight." The article was published two years ago, but creative minds seem to have known this for decades.

It is said that Thomas Edison would nap with steel balls in his hands because it was in that half-asleep, or hypnagogic state, when his slipping hand would drop the ball and jolt him awake, that his best ideas came. Or Salvador Dali's infamous spoon-dropping ritual: he would doze with a spoon (or key) in his hand, and when he fell asleep, the spoon would drop into a pan, startling him awake. Nicholson Baker took a different approach: he woke at 4:30 a.m., believing that his creativity prospered during his early-morning drowsiness because "The mind is newly cleansed, but it's also befuddled... I found that I wrote differently then." 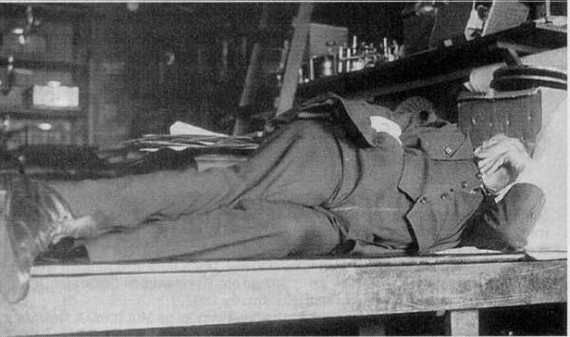 I'm not claiming to be Einstein or Dali, but there seems to be substance to the idea that our brains work differently in these half-awake states. I'd even go so far as to apply the Scientific American's statements on "innovation" and "insight" as an explanation of the existence of late-night ruminations: that we may be more analytical and introspective just prior to sleep, considering our lives with the depth we can't muster when we are distracted by our daily tasks. However, these tricks of the brain can become a double-edged sword. What of those who don't find the thoughts of the day creatively useful? Who just wants to tune out and sleep?

Sometimes this spinout has disastrous effects. We rely on drugs and alcohol to abate that feeling, to stop the whirring of the brain. Jimi Hendrix stopped it with a fatal dose of sleeping pills. Kurt Cobain overdosed in Rome in 1993 with a toxic mix of champagne and Rohypnol. And the global market for sleeping pills is expected to reach $9 billion this year, with 55 percent of Americans supposedly suffering from insomnia. 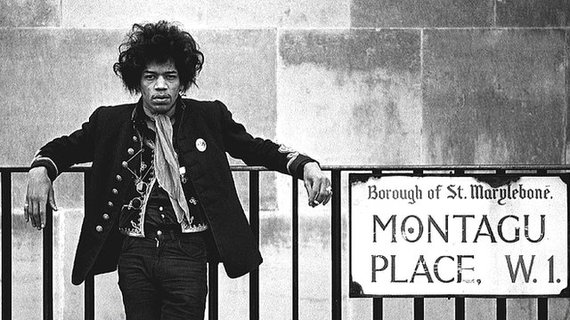 When the distractions of the day are over, we are left with only ourselves. And these thoughts run full speed at us like a bullet train that's been docked in the station, gathering up fuel all day long. Our brains consider the farthest range of possibility, finding worry in distant fears. I distinctly remember being twelve years old, lying in that twin size bed with the Laura Ashley floral sheets -- that I vehemently opposed, for the record -- when I realized that I would soon be out of elementary school. Yes, and then out of high school. And then, gosh, moving out of my parents' house to attend college. That was the furthest my realizations needed to go to submit me to a rolling ball of snotty tears, rushing into my parents' room and clutching them tight, vowing like Peter that I would never grow up.

Cormac McCarthy, in his foray into screenwriting with the ill-received 2013 flick The Counselor, writes "reflective men often find themselves at a place removed from the realities of life." And what can back this up more fully than the visual of us, wrapped up under the covers, pondering and spinning out over things that have nothing to do with lying under a comforter with the gentle whirring of the fan on a summer evening. Pondering the swiftness of time, beating ourselves up over a sense of inadequacy oftentimes rooted in our own imagination. These things that we think, worry, ponder over are not our realities, but our perception of life, filtered in through our neuroses, hopes and dreams and self-claimed shortcomings while we struggle to drift off to sleep.