"What an excellent day for an exorcism." Forty years ago, the movie that is often still hailed as the scariest of all time hit theaters. "The Exorcist" received mixed reviews upon its Dec. 26, 1973, release, but it made a huge impact on audiences, raking in cash at the box office and garnering a word-of-mouth reputation that's only escalated over time. The movie's lore has become one of Hollywood's most fascinating yarns, and even if today's audiences might find its special effects outdated, the legacy lives on. Celebrate "The Exorcist" with these facts about the film.

"The Exorcist" -- based on William Peter Blatty's novel of the same name -- is inspired by true events that took place in Cottage City, Md., in 1949. Director William Friedkin has remained cagey about the movie's factual details over the years, but he was made privy to the diaries kept by priests, doctors and nurses affiliated with the exorcism. 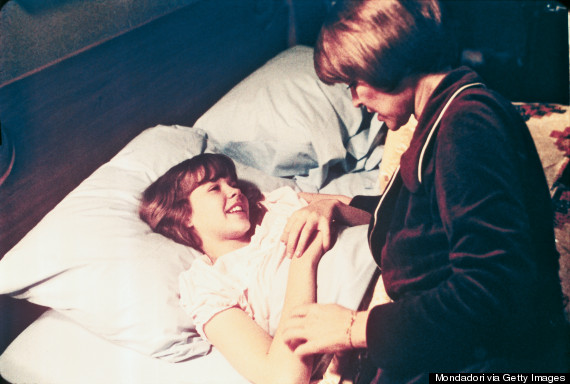 Ellen Burstyn's role was first offered to Audrey Hepburn, who would only accept if the movie was shot in Rome, where she was living at the time. Next up was Anne Bancroft, who declined because she was pregnant. Friedkin then offered the part to Jane Fonda, who he said called the movie "capitalist rip-off bulls--t." Blatty suggested Shirley MacLaine, but Friedkin made a different decision after Burstyn called him to express interest. She went on to earn an Oscar nomination for the performance. 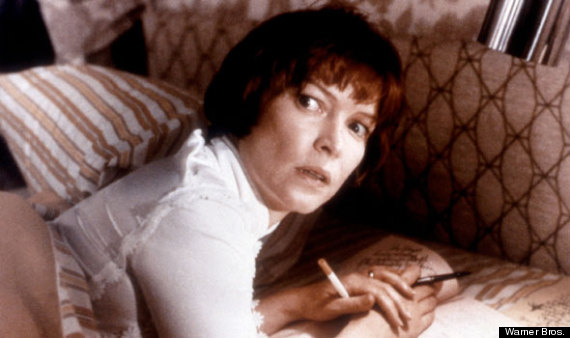 The movie set was famously said to be cursed, inspiring a 2004 episode of "E! True Hollywood Story" that chronicled the oddities. A studio fire burned down all of the set except Regan's bedroom, and Burstyn and Linda Blair (Regan) both sustained injuries during demonic-possession scenes. Two other actors (Jack MacGowran and Vasiliki Maliaros, who play the movie director and Father Damien Karras' mother, respectively) died before the film's release. 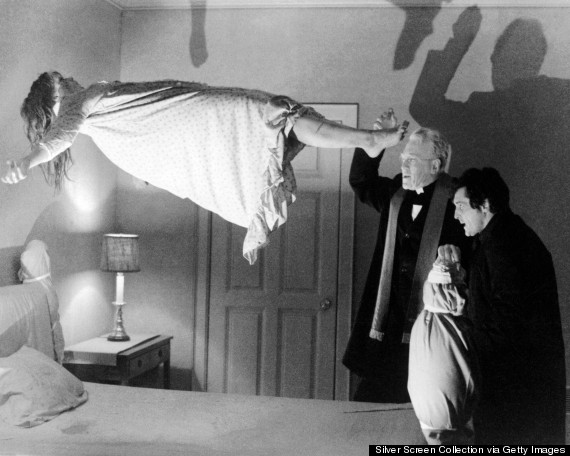 Max von Sydow was 44 when he played 74-year-old Father Lankester Merrin. He's said to have worn more makeup than Blair did during the possession scenes. 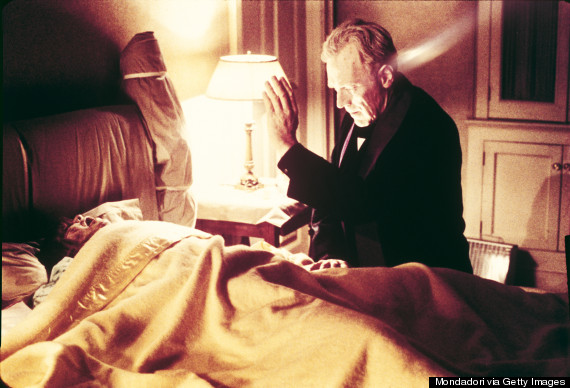 Even though Blatty felt it should stay, the now-famous "spider-walk" scene was cut just before the movie's release because the wires suspending contortionist Linda Hager were visible. Friedkin remastered the scene for "The Exorcist: The Version You've Never Seen," released theatrically in 2000. 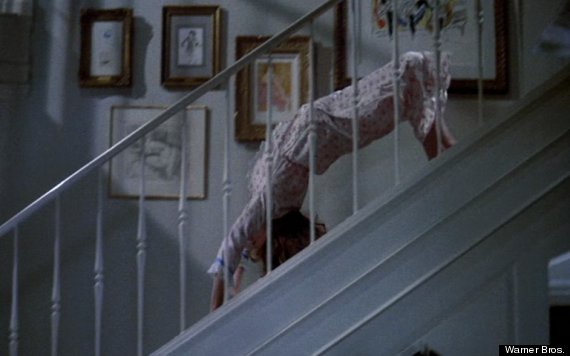 Linda Blair, who won a Golden Globe and was nominated for an Oscar, received death threats due to the movie's satanic content. She reportedly had a bodyguard with her for six months following its release. 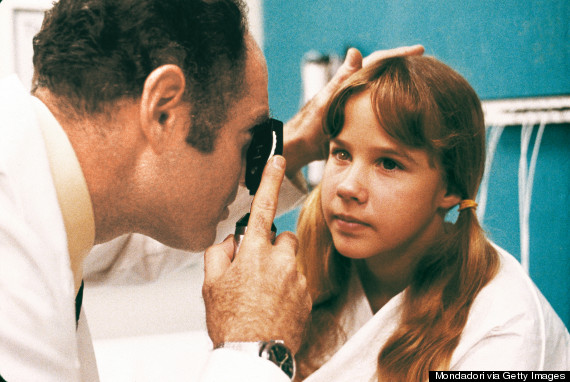 The movie's graphic nature had viewers fainting in the theater, and "'Exorcist' barf bags" were distributed at screenings. 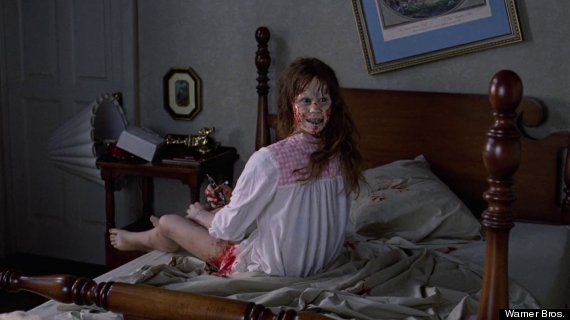 "The Exorcist" is among the rare crop of horror movies to receive a Best Picture nomination. Others include "Jaws," "The Silence of the Lambs" and "The Sixth Sense." 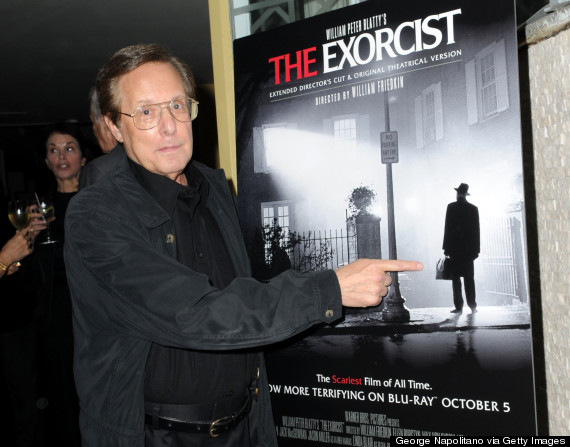 (Friedkin attends a screening of the extended director's cut in 2010.)

With re-releases included and grosses adjusted for inflation, "The Exorcist" remains the highest-grossing R-rated movie of all time. 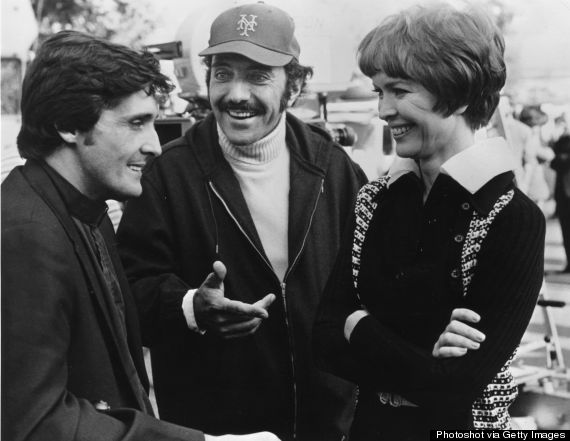 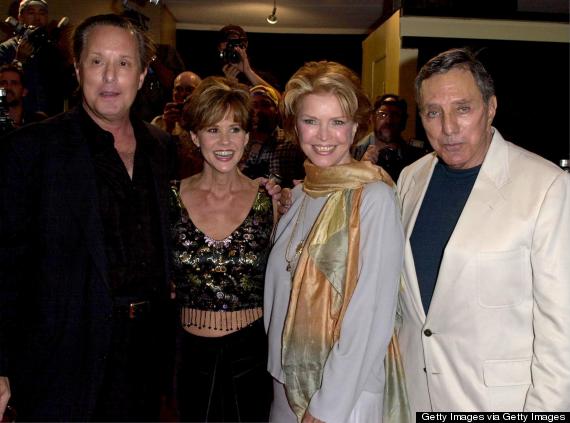