People often complain that a movie or TV series isn't "as good as the book."

With Syfy's The Expanse, the opposite is true: the writers have improved a dull, sometimes clunky novel where the concept is stronger than the execution. Yes, Leviathan Wakes has a great cover blurb from George R.R. Martin. But that's not surprising: one of the writers is his assistant (James S. A. Corey is a pseudonym for Daniel Abraham and Ty Franck). It also got a Hugo Award nomination. Again, anything with that kind of pedigree is sure to get noticed and generate sales.

But Leviathan Wakes is a somewhat long-winded novel that doesn't really live up to the clever premise of fierce rivalry between Earth and its smarter, classier, richer ex-colony Mars. Their mutual pawn is the resource-starved Asteroid Belt, peopled by low-gravity creole-speakers who resent being looked down on.

There are some good action sequences in Leviathan Wakes, which tries to blend a classic PI novel with "space opera," but the book doesn't come alive often enough. That's too bad, because the authors have invented some great details like carpeting that's more durable than stone and a colorful Belter dialect that blends many languages.

Advertisement
The overall problem might be the co-authorship. Chapters alternate between the third person point of view of a ship captain bringing ice to the water-starved Belt (Holden) and a cynical detective on the Belt looking for a lost rich girl (Miller). That girl becomes a major third character even after she dies, haunting Miller's imagination. It's a shame, because she
just won't shut up.

The low-gravity Belters are tall and thin-boned, angry, underprivileged, resentful, and violent--but we don't see and hear enough of them. Instead, we get lots of shallow characterizations throughout; sketchy settings; a thinly-imagined future where they still have bagels, sushi, and metal coffee pots; and writing that often falls flat. What's it supposed to mean that Holden walks with "uncommented athleticism"? 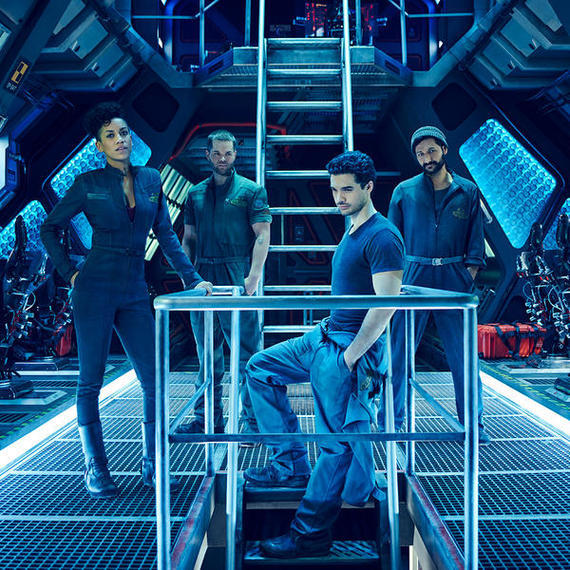 Holden and Miller don't meet for a few hundred pages and when they do, the writers retell events from each protagonist's shallow perspective, which gets tedious. Neither one is very compelling when it comes down to it, and as a team, they're twice as dull. Martin was more than kind to the authors who don't even approach his mastery of the writing craft.

But none of that matters in The Expanse, which super charges the story thanks to excellent special effects, terrific sets, and a tighter narrative through line. Scenes that drag in the book speed by. And you don't have to deal with indifferent prose, just commercials which you can fast forward through. It's a superbly written show that's beautifully produced and fields a splendid ensemble cast. Shohreh Aghdashloo is especially magnetic as a tough UN executive discovering secrets that threaten to plunge the solar system into war. But she's just one of the many terrific cast members you can read about at the show's web site, where you can also watch Season One episodes. 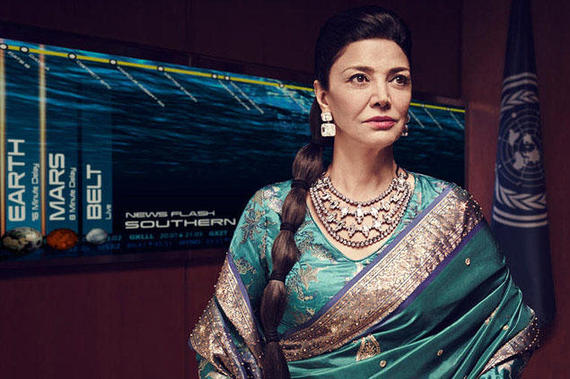 Best of all, there's a trailer for the dynamic second season which is primarily based on a more polished and exciting second novel.

Lev Raphael is a frequent arts and entertainment blogger for The Huffington Post. A former radio and print reviewer, he had his own public radio book show where he interviewed writers like Erica Jong and Salman Rushdie. His 25 books -- from mystery to memoir -- can be found on Amazon.