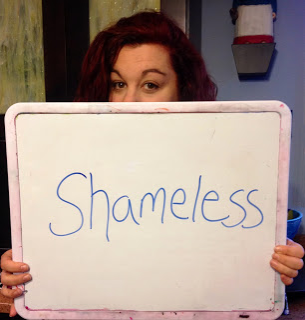 There is a problem.

Technology, as it so often does, has moved faster than our collective enlightened maturity. Now we have the ability to create a visual message that is widely available from our homes with a single click. So, now Facebook is serving as the old town square, where people spread the word, get up on the occasional soapbox, and -- most dangerously -- visually place someone in a stockade when they have wronged the owner of the Facebook account. No judge or jury needed, just the ability to coerce someone into giving up their dignity and holding up a sign stating their transgressions.

And hey, if that fails, there is always Photoshop.

This is a trend that has been bothering me for a while: Parents posting pictures of their kids on Facebook while they hold signs reading "I don't know how to use social media, so I must close my account," or "I think drinking is cool, and that is bad," or "I picked my nose at my dad's office."

Not so sure about that last one. To be honest, I have kind of stopped paying attention.

I have stopped paying attention because it disgusts me when I see parents holding up their children in humiliation for all to see. I think it feels good to kids when they get the feeling that parents are on their side, helping them through the rough waters of school, friends, and society. They are children after all, it takes some time to figure out the world and their place in it. It must feel lonely and frightening for kids when their parents exploit them to prove some kind of point. They offer images of their own children as proof that they are bad-ass parents, and they will shoot their kid's computer and film it to "Teach them a lesson" -- all for the parent to collect accolades and fame. I'm not sure what is really going on here.

I know this generally inspires derisive hoots and hollers from those with deep and wide synaptic trails built by phrases like "kids need to be taught to obey," "kids should know their place," "more stick, less carrot," and "spare the rod, spoil the child." But for just a moment I ask that we back off from our passionate and somewhat frightening calls to "Learn those kids a lesson like my Pappy done learned me!" and think about what all this public Facebook humiliation really means.

It means we are putting minors at risk.

Before these people reach the age of maturity, while their brains are still in "it is all about invincible me!" mode, and before they are mature enough to really know and feel comfortable in who they are, we are literally labeling them and telling them who they are. And, thanks to a world of rapidly shrinking privacy and that little phenomenon known as Facebook, we are creating an image that will last forever.

In a single click, we instantly strip away any chances for these young people to create and define themselves, or to be free from any stupid mistakes made before they were fully grown.

Why would a parent do this to their own child? Why would a parent send a message to the world that their child's humility and self esteem didn't matter? When I see children holding these signs, I immediately imagine their parent standing right next to them hold a sign reading "My child doesn't feel safe, and I'm responsible."

And now, it has become even more dangerous. Now businesses think it is acceptable for them to do this as well. Infamous Ink, a tattoo business in Waco, Texas, just decided to practice vigilante justice by posting a picture on Facebook of a 15-year-old boy who had stolen from their store, holding a sign reading "I am a thief." With this action, they circumvented the United States justice system and all the systems in place to protect minors from permanently damaging their lives when they are young and stupid.

This is dangerous people. We have put the fate of a 15-year-old boy in the hands of people who own a tattoo studio, not in the hands of those sworn to have his best interests at heart.

The picture and comments about this boy advocate for the 17th century methods of The Scarlett Letter. Have we really not progressed beyond that?

Let's stop using it as a way to publicly, if not literally, flog children in the town square. 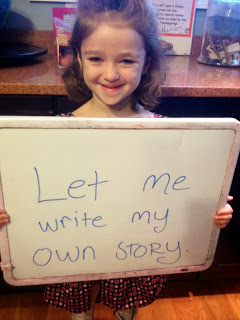 More:
Parentsparents-families-techFacebookparents-momsScreen Sense
Newsletter Sign Up
Raise the kind of person you'd like to know
Subscribe to our parenting newsletter.
Successfully Subscribed!
Realness delivered to your inbox