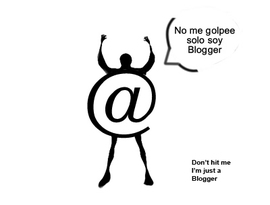 After what happened last Friday--my kidnapping and beating by plainclothes State Security agents--I decided to bring to light a series of pictures of people who watch and harass me.

My relationship with the movies has always been from the seats in the shadow of a room where you can hear the sound of an old projector. It kept on like this until I started to live in my own movie, a type of thriller of the pursuers and the pursued, where it is up to me to escape and hide. The reason for this sudden change from spectator to protagonist has been this blog, located in this wide space--so little touched by celluloid--that is the Internet. I woke up two years ago with the desire to write the true script of my days, and not the rosy comedy they show in the official newspapers. I went, then, from watching movies to inhabiting one.

I have my doubts whether some day I'll see the curtain come down and be able to leave the movie theater alive. The long film that we have been living for decades in Cuba does not seem to be close to the point where the credits are shown and the screen goes blank. However, the spectators are no longer interested in the interminable filmstrip shown by the authorized projectionists. Rather, they seem captivated by the vision of those who create a blog, a blank page where they record the questions, the frustrations and the joys of citizens.

Believing myself Kubrick or Tarantino, I have begun to post a testimony of these creatures who watch and harass us. Beings from the shadows who, like vampires, feed on our human happiness and inoculate us with terror through punches, threats and blackmail. Individuals trained in coercion who could not foresee their conversion into hunters who are hunted, faces trapped on camera, mobile phones, or in the curious retina of a citizen. Accustomed to gathering evidence for this dossier about each of us kept in some drawer, in some office, now they are surprised that we make an inventory of their gestures, their eyes, a meticulous record of their abuses.

Here is a series of photos taken earlier this year near my house. 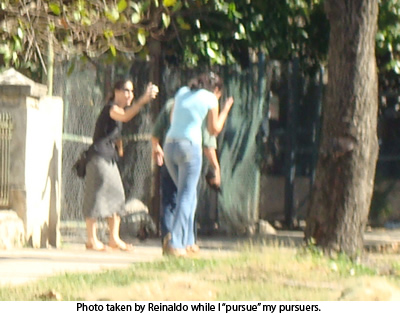 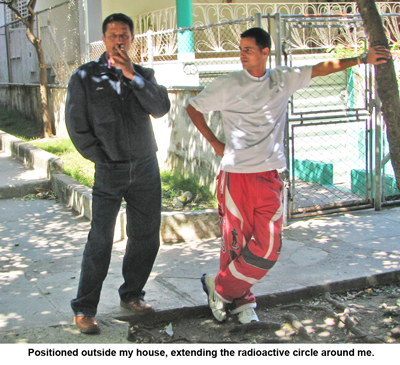 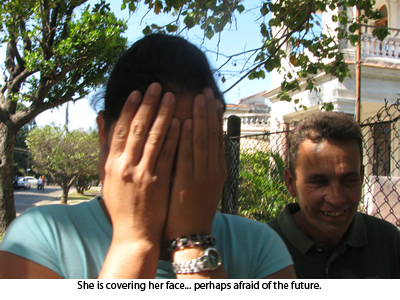 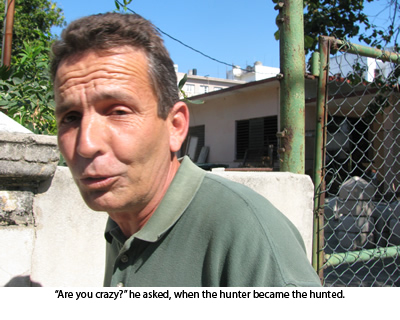 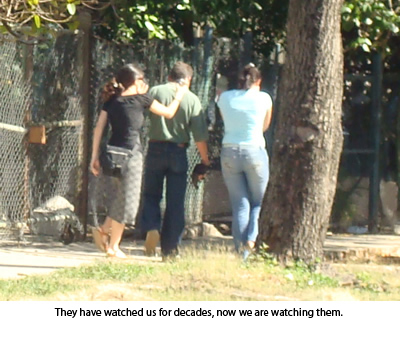 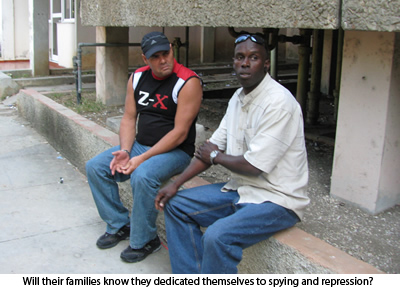 Cuban State Security Cuban Ministry Of The Interior Human Rights Cuba Yoani Sanchez
This Blogger's Books and Other Items from...