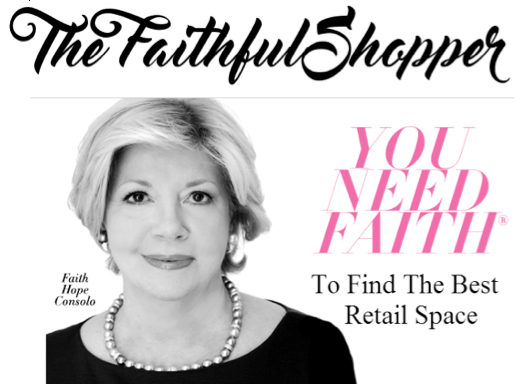 Designers and retailers are all about fashion that is appropriate and chic for either athletic or leisure activities, or both. Yes there is a way to pull this look off with style and haute sensibility. Athletic-casual wear has become fashion appropriate in a wide variety of social events, and shoppers are embracing this trend. Here are stores to visit when you want to take it from the gym to the street!

Lululemon essentially created the athleisure category. Stores listed are only the Manhattan locations! They have exploded in all of the boroughs and beyond. 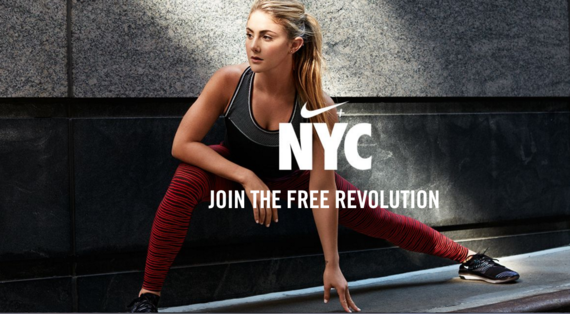 Nike's Athletic Gear aka Athleisure has been a top performing segment for their apparel categories, as Americans increasingly wear their running gear, yoga pants, and sneakers not just to the gym, but also everywhere else.

Over 100 stores now open and they are now introducing a girls division. They offer all categories including athleisure, swim, shoes and accessories and traditional athletic wear.

Sweaty Betty is a British retailer founded in 1988 to "inspire women to find empowerment through fitness" and is a cult and celebrity favorite in NYC.

The legendary Tory Burch now has stores devoted to designer performance activewear. A sure sign athleisure is evolving and she will bring this to the next level! 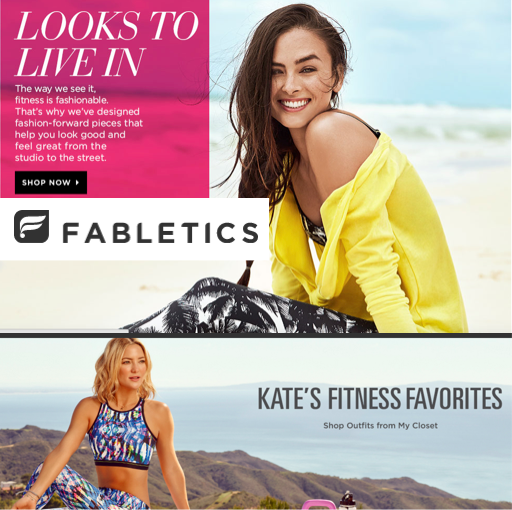 Premium quality at prices you will love and is shipped directly to your doorstep. Website even has a "Top Athletic Brand Outfit Price Comparison" so they are combining on trend with low price and charismatic and beautiful Kate Hudson. Not only workout wear but athleisure, dresses, rompers and beyond. The VIP program gives you a series of questions to create personalized outfit recommendations fit for your lifestyle. "JustFab Inc. Co-CEOs, Don Ressler and Adam Goldenberg, launched Fabletics with Kate Hudson after they saw a gap in the activewear marketplace: there were plenty of luxury brands, but none that offered stylish and high quality gear at an accessible price point. These three unstoppable innovators joined forces to create the Fabletics brand in 2013." 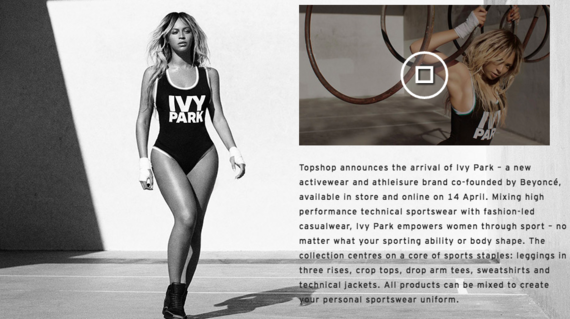 Ivy Park by Beyonce and Topshop

Beyonce and Topshop's owner, Sir Philip Green, are 50-50 co-owners of the new label. We will see leggings, tank tops with built-in sports bras, bodysuits and street-ready clothing; logo sweatshirts, tees and parkas. Beyonce said in a statement, "My goal with Ivy Park is to push the boundaries of athletic wear and to support and inspire women who understand that beauty is more than your physical appearance. True beauty is in the health of our minds, hearts and bodies."