This blog was originally published on IRIS.xyz 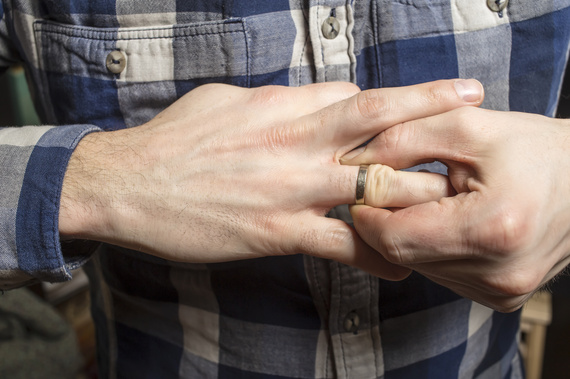 There is something seductive and addictive about affairs and are both magnified by the element of fantasyland.

And those highs, right? The excitement. The adrenaline. The 'not knowing'. Its thrilling. Those feelings know no boundaries. They suck you in. But with those highs comes the lows, too. And those lows are so much lower than anything else you might have experienced. You know you should step away, you should stop, but you don't. You keep it going despite what you believe you should be doing. Because that part of your brain - your limbic system - hijacks any sensibility and rational thought when you are knee deep in the throws of an affair.

Let me explain. Two primary parts of the brain are at work during an affair that extend to opposite ends of the spectrum and, unfortunately, don't work in unison. The limbic part of our brain holds all the emotions and functions outside of morality and good decision making that the neocortex - or the most developed part of our brain for working memory, impulsivity, executive functioning -- handles. In her book, Exaholics, Dr. Bobby describes it as this: 'The limbic brain notices sexy people and becomes romantically infatuated with them - whether the neocortex has decided to be married.'

This process often occurs without our consent or intention. Working close to others sends sizzles through your limbic system. This is not good. Nearly all affairs begin with coworkers or friends; they begin gradually, before people have realized what is going on! Infatuation sets in and your ability to stay rational and do the 'right thing' is left behind. By the time the pleasure and excitement of this potentially unattainable person's presence grows too strong to fight, it's too late - you are hooked! An affair charges up your dopamine (neurotransmitter) to your reward system. It makes you feel alive and charged up! All you can see is this person. But affairs are not based in reality -- they are often in fantasyland, where any other relationship (or marriage) looks dull in comparison.

Soon you will find yourself breaking all of your rules and devaluing your 'values' that, at one time, felt so strong. You will align your days and nights to fit the others. Your life will take on a whole new meaning, meaning it won't really be about your life - but theirs. You will justify spending holidays alone. You will justify why they aren't available at this moment and make excuses for them. But the truth is this: you are really just making excuses for yourself, because not doing that will create a reality for yourself that, at this time, cannot be acknowledged. So you continue to move on, forsaking self, work, and other important people in your life as you wait for the next available moment in time that will quickly -- and unfortunately -- erase the sadness and madness of your situation and, once again, put you on an emotional roller coaster of extreme highs and lows, frustration, fear, anxiety, excitement. You will find yourself accepting the crumbs of the relationship, debasing yourself to justify your actions, relinquish your power, and continue to tolerate negative behaviors and mistreatment that you previously never believed you would. But it is here that you find yourself.

During an affair, it's difficult to stay rational and hope that the part of your brain - the neocortex - steps in and takes over the limbic system that sends you on a constant roller coaster, leaves you emotionally and mentally exhausted, and feeling like there is no end in sight - the end that you want. For he/she who wants (whatever) the most, has the least control over it. As guilt and shame take over when it ends, it leaves a person feeling more destroyed, as they often suffer in silence and do not get the support they need from friends. Its during these times that you need your friends the most, but many become judgmental and find it difficult to support you through this loss.

But they have not only lost so many things along the way - family, friends, support, and so on - they lost the most important thing one can lose: themselves.

Before you embark on affair, ask yourself, is it really worth it?