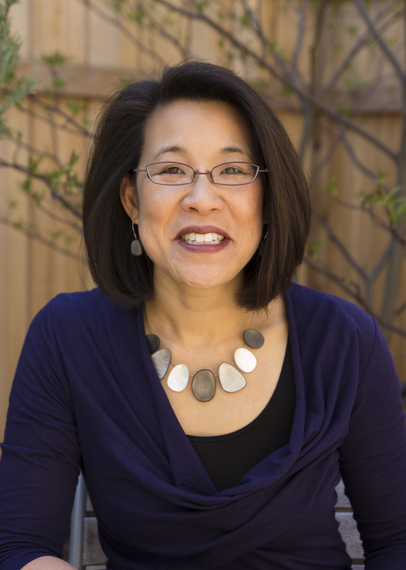 Asian Americans are the fastest growing group in the United States today. Their history in the U.S. is deep-rooted, and spans five centuries. But it's a history that many people don't know that much about.

In her sweeping, powerful new book, The Making of Asian America, Dr. Erika Lee, Director of the Immigration History Research Center at the University of Minnesota, considers the rich, complicated, and sometimes invisible histories of Asians in the United States.

I sat down with Dr. Lee recently, to ask her about her own history, and why it's important to move beyond the past.

Congratulations on the new book. Could you tell us a bit about yourself? How did you become interested in this field?

Absolutely. I'm sixth-generation Chinese American. I grew up in the Bay Area; where, now, according to the latest statistics, one in every four people is Asian American.

But when I was growing up, none of this Asian American history, this understanding of: 'well, where does my family fit in American history?' was there. There was a black hole. There were gaps in the classes I was taking, and what we were talking about, even as a family.

I was taking a summer school class at UC Berkeley, on California history. It was one of those classes you take, to rack up credits over the summer. I was going to school at Tufts.

In the class, we covered the usual topics, the Gold Rush, and so on, and then we got to this lesson, that was called the Anti-Chinese Movement. And I remember wondering: what is this? What is she talking about? I'd never heard of it before.

What was that Movement about?

Chinese people were harassed. They were discriminated against. They were driven out of towns, and then they were excluded from the country.

I started wondering why hadn't I heard this before.

At that time, I was a history major, but it wasn't because I planned on doing this.

You didn't plan on becoming a professor?

I didn't know that job even existed, being a history professor of Asian American studies.

Those questions led me to explore, and poke, and push. Eventually, it became very clear that this is what I wanted to be doing professionally.

Did you go back to your family then and say, 'hey, did you know about this?'

I did. I realized that my mom had been buying the early classics in Asian American history all along. They were on our bookshelf in the living room. But we didn't sit through, and look at them together.

It took a long time for me to talk to my grandparents about this. On the one hand, I had a gregarious, open grandfather who, when I interviewed him for my college, oral history project, said: "You know, I had to come in as a paper-son. This is how I did it. This is how I got around the government."

And then I had a grandmother--whom I write about, for the first time, in this book--who would clam up at even the slightest question.

I then did archival research to trace the three generations of her family, that none of us had really known about. We now know why she was so reluctant to talk about her family history, of course.

Because of the loss. The choices that her own family had to make during Exclusion. The abandonment. The ways in which Exclusion tore her family apart.

So I understand that much better now.

It's part of the silences within a family that can get passed down with generations. They mirror the silences in American history.

This reminds me of something a friend was telling me last week. She spoke of the trauma, in her Native American community, that's inherited; how there's a silence around the past, and almost a kind of shame. Is that similar to what you're talking about?

They consciously forget. They erase. The close up, and hide the past.

The second generation needs to fit in. They need to assimilate.

My parents grew up in the 40s and 50s, during the height of conformist America. My mom would say: "I'm American first, and Chinese second."

That was very common for her generation.

The Japanese were being interned, forcibly incarcerated. I think you had to say that. Today, I think it's the same with South Asian Americans, and Muslim Americans. You have to continually prove your American-ness, your patriotism, to this country.

But what does that cost? What are the legacies, then, for the next generation?

So it's quite an American story, actually, that many can relate to.

You dedicate this book to your students.

Yes. I took that summer school class over 25 years ago, and so much has changed since then. There are tenured professors in this field. There are more books. Documentary films. There are historic landmarks. Fred Korematsu Day. We've come a long way.

But every semester, I'll teach one of my classes, in American history, and I'll have one of my students come up to me and say: "Professor, I had no idea this happened!"

And it's not just my students. It's older Americans. It's students at Harvard. It's museum docents. I mean, we're talking a broad range of people.

But now, after twenty years of doing this, I feel angry.

I think it's getting a little ridiculous that Asian Americans remain so invisible, so passed-over. My hope is that there will be fewer people who say 'I never knew this happened.'

I would love for this history to be saturated, and become fully part of American history, and not just in May, when it's Asian American History Month.

How did you approach the writing of this book?

The book actually started out much smaller. That initial, 'a-ha' moment, learning about the Anti-Chinese Movement when I was younger, has always been a part of my research. Over the years, it expanded to include consideration of anti-Asian movements. It expanded to anti-immigrant movements, both past and present; to xenophobia, and now, to debates over immigration more globally.

So those have been some of the core questions for me: who's in? Who's out? Who gets to decide? What's the importance of that? What are the stakes? How do we exclude through law, through politics, culture; through everyday slights?

Where, would you say, does Asian American history begin?

With Columbus. Who would have thought? I've never thought of myself as writing a traditional, American history that begins with Columbus. But for Asians in the Americas, it begins when Europe and Asia and the Americas get connected. And for that, we have to go back to Columbus.

It seems like it would be easy to get stuck in the past; to write about historical injustices, and just stay there. How do move beyond that?

The model in ethnic studies scholarship is: victimization and agency. So there's a lot of that. I pull up stories of everyday people; not just the major court cases we've heard about. I try to bring out the humanity, and the courage of everyday people.

But that's not enough anymore.

What I felt I had to do, especially in the later chapters of the book, where I talk about the contemporary state of Asian America, is to really highlight the very complicated place that Asian Americans hold in the United States right now.

There's this great diversity within the community. There are the 'model minorities' and there are those who are living in intergenerational poverty. I ask the question: what does that really mean? To have Asian Americans at two different poles: very privileged, and also in poverty? Between black, and white; foreign, and American?

We have to see that whole picture, because that is the reality; to be able to encompass those contrasts, and then to figure out how all of this works together.

And how does that work together at a time when there's continuing income inequality? When civil rights for some groups have stalled, or even regressed?

I try to lay all of that out, in a way that isn't just a celebratory history.

I'm hoping it gets people really thinking about where we are. We are at a crossroads. There are choices to be made. And our history is a really important part of understanding, and informing, some of those choices.

The Making of Asian America will be published on September 1, 2015. 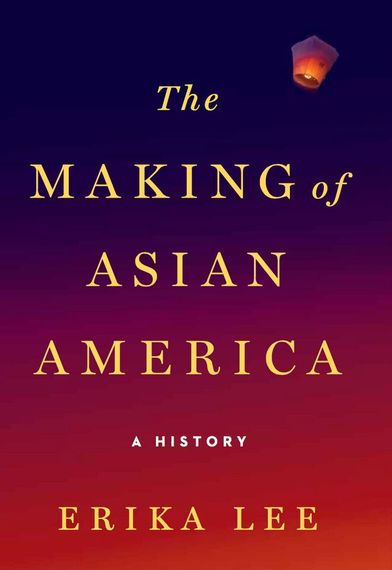