The Fat Jew dominated bloggers' headlines earlier this year when critics accused the 33-year-old Internet personality of committing one of the baddest crimes in the comedy world: joke theft. Word had quickly traveled that Josh Ostrovsky, best known for his self-given epithet and the 6.5 million people who follow him on Instagram, signed to a top-notch Hollywood talent agency in August 2015. The news sparked a wave of online outrage, because the posts that afforded Ostrovsky the most followers, that had granted him the most fame -- funny pictures he'd found online and posted to his Instagram feed -- were not wholly original material.

When I met Ostrovsky in an arcade in New York's Chinatown last week, he was sporting the vertical ponytail he's known for, wearing a T-shirt that read "The Smiths" alongside a picture of the actor Will Smith and his family. Despite the nickname, The Fat Jew seems somewhat smaller in person. Every so often, he tightened the ponytail.

"I want people to get to know me," Ostrovsky -- who calls himself an "influencer," the "Magellan of Internet horrendous-ness" and, in his Instagram bio, an "idiot" -- told me. "I've been living my life as performance artist for a long time. Way before the Internet. Which was, like, doing ridiculous things just to have stories so one day I could fill a book with them."

His book's medium -- print -- might seem a bit off-brand for an Internet star like Ostrovsky, who told me he was "trying to be more Asian and more 16 at all times." But the decision to go offline was not a careless one.

"I think we’re, like, super URL right now," the new author explained. "I think we’re going to have some social media burnout. So, I think IRL is about to get kind of hot [and] I’m at the forefront of that. I wanted to do the thing that seemed like the most antiquated." Writing an ink-and-paper book, it seems, still casts the widest net in terms of affecting public opinion -- where social media is a stage, a book is hosting a guest in your living room.

If Ostrovsky wants us to get to know him, it makes sense to go back to the beginning. A healthy portion of the book is devoted to specific events in his childhood and young adulthood. His mother (who is "always like, 'You can be whatever you want, like a woman, or an astronaut'"), his father (who is "always like, 'Get a job'"), his younger brother and a smattering of friends illustrate nascent aspects of The Fat Jew's over-the-top Internet persona: the fame-seeking, the eccentric exterior, the drugs.

The dichotomy between his parents, one endlessly supportive and the other rigidly practical, is most memorably illuminated in an anecdote about his bar mitzvah. The theme, "fall," delighted his mother. In Ostrovsky's retelling, however, it fed his father's suspicion that his son was gay. And so, on the night of the big event, Ostrovsky's father drove him to a strip club, which not only allowed the 13-year-old inside, but allowed him to receive a lap dance. In the end, his father was, to his satisfaction, proven wrong about Ostrovsky's sexual identity.

Maybe it was that early tension with his father, the memory of the strip club, or something else entirely not reliant on armchair psychology, but Ostrovsky consistently references his younger "gayness" in the book with phrases that would be miles from winning GLAAD approval. (See: "I could be wearing a turtleneck made of interracial dicks and it wouldn't be as gay as this shirt.") His descriptions of sex workers and, more generally, women, will easily shock -- one chapter finds Ostrovsky in a hotel room with two sex workers, whom he asks to act out a scene from "Braveheart." One bails, the other stays. In Ostrovsky's words: "You can hire a working girl to do any number of random tasks, sexual or otherwise."

"It's really so much fun," he writes, deftly transforming the women into mere commodities, "And then you can still have sex with them, if you feel like it." (He did.)

It's worth noting that a disclaimer at the start of the book calls into doubt the accuracy of any of it. Which parts actually happened, what's been embellished for the sake of storytelling, and what is pure fiction is all -- for legal reasons, surely -- unclear. But the equivocation of Ostrovsky's reality does not absolve him of responsibility for things like bragging that he got to boss a woman around for a predetermined number of hours on account of the fact that his social privilege allowed him to do it.

It's hard to avoid drawing comparisons between Ostrovsky's writing and that of another man who published a collection of debaucherous tales: Tucker Max. Max's 2006 anthology I Hope They Serve Beer In Hell sold millions of copies with ego-driven stories also starring alcohol, drugs and one-night stands, with an undertone of unabashed pride disguised as embarrassment. The Internet star sees that resemblance, to a point.

"We’re probably not too much dissimilar," Ostrovsky contemplated. "We’re both relatively fun to hang out with, but his scene is a lot more 'bro.' A lot more dudes with leg tats. For sure. Who wear, like, maybe, flip flops."

He added, "I’d like to think this book is for, like, a beautiful, tall, transgender, you know, model. From space."

And as for any other backlash to the contents of his latest project, Ostrovsky isn't sweating it.

"People just need to have a good time," he said, with an air of fatigue. "We’re partying -- let’s not get caught up in the particulars. I know everyone loves to be outraged about something on the Internet every day, but these stories are fun." And he hopes they might help people see him as more than that guy who got accused of plagiarism online.

"I’m not, like, some kid in his basement at his mom’s house, who’s just like, ‘I find memes!’ who’s on the spectrum and horrendous in person," Ostrovsky said. "There are a lot of different things that I try to do. Some of them are funny, some maybe not," he said, adding that he's working on a cologne with electronic music artist Diplo in addition to continuing his White Girl Rosé wine label, a plus-size modeling career, and maintaining the social media presence of his dog Toast, who advocates against puppy mills.

My tongue is trying to escape the tub without me! #soggytoast

For all the ugly reactions the August controversy won him, Ostrovsky seems to welcome opinions from every corner of the Internet, even from people who aren't impressed with his antics. That's why he loves the Wild West of the World Wide Web. In "the rave that is the Internet," he says, everyone is essentially free to do what they want. Once in a while, Ostrovsky admitted he'll get "a little stoned" and delve into the most dangerous part of the Internet for any content creator: the comment section.

"It's scary in there," Ostrovsky said, describing his Instagram comments like a cacophony of all-caps elation and quiet loathing.

Money, Pizza, Respect is, in the end, a breezy read that's part bizarre stunts, part creative writing, and part frat guy boasting about his super awesome night because he did a bunch of drugs. (Again!) Love it or hate it, The Fat Jew plans to keep on doing his "performance art" thing.

"I want to get good stories out of it. Because that’s really all that matters, right?" he said. "You have to have fucking good stories."

The Fat Jew Wants You To Get To Know Him In His New Memoir 'Money, Pizza, Respect'
Iconic Celebrity Pixie Haircuts 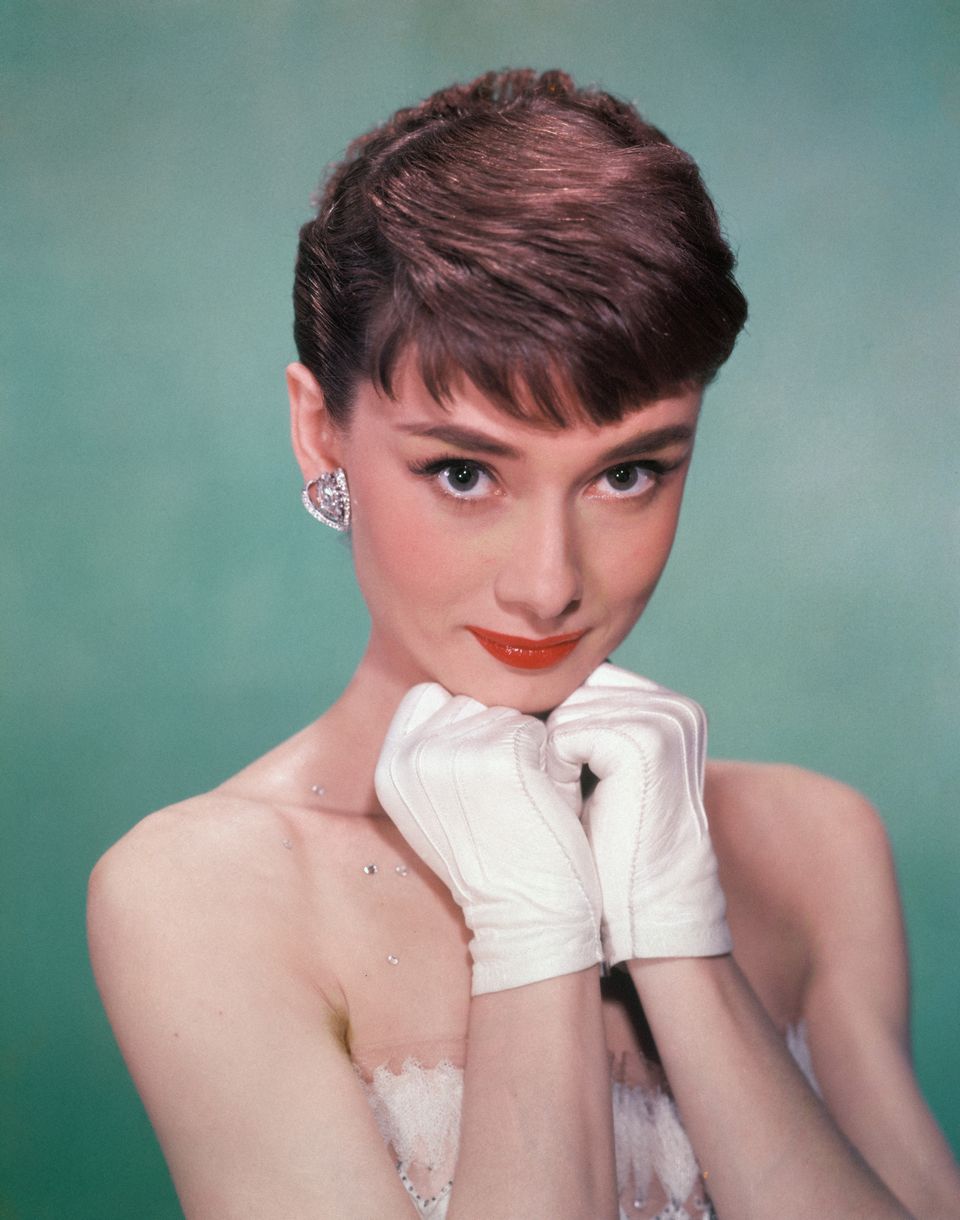