Father's Day. You celebrate your dad, papi, papa, papá, dad, whatever you want to call "him." And those of us who are dads are celebrated for being great fathers.

I have to confess that as much as I want to be a great father to my children, I often don't feel up to the task.

I try to teach my son and daughter how to ride their bikes, swing a bat, catch an air ball, jump a fence, stand up to bullies, do math tricks, be kind to people, not scream or yell and try to figure things out with patience. But sometimes, I suck at it.

I yell at them while trying to teach them things. I get impatient with them. My mind wanders off when I'm with them... The list is long.

I'm not trying to deflect responsibility, but I think that sometimes I fail as a father because I didn't have a "father," so to speak, and because I spent much of my adult life trying to not be like my father. The following will shock some of my siblings, relatives and friends, because we have created a cult around Don Alejandro's figure (to the point my only son is named after him). But, he was never a father, at least not to me. I was his biological child, for sure, but that was about it. He was a man who would abandon my mother -- and his children -- for the next adventure. He was a man who made us all suffer.

He was a man whose only kind words to me were, "you look just like your grandfather, you are a Franqui." This is interesting if you consider that he started his life as the illegitimate son of a sugar cane worker mulatta and the white Corsican señorito who got her pregnant. As a young boy, I was proud I looked like the grandfather I never knew, because that made my own father's hazel eyes shine with pride.

But sometimes, he was there, and he did give us something. He gave us belt marks for reasons that to this day, my siblings and I can't begin to fathom. That is, if you could ever justify marking your children with a belt. The worse things went for him, the more he visited his frustrations upon us. When things went well, life was almost normal.

Life has a way of balancing things out. My father went from being a larger-than-life, abusive figure to a bed-stricken man who completely depended on his always-faithful wife and children to take care of him. I like to think that in that decade in which he suffered in bed, he had time to think and repent. I saw it in his eyes the many times I sat next to him to help him play his records. He loved that I was interested in his music (a true gift from him). I imagine that sharing his music with me was his own form of atonement. I forgave him and even though I never verbalized it, I like to think he knew.

As soon as I started enjoying my father's company, he was gone; this time for good. And I missed him terribly without knowing why. I guess that even though I was a tough kid, I needed a father. After he was gone, I had to carry the guilt of feeling relieved, as I no longer had to spend countless hours at the hospital. He feared dying alone, so we used to take turns around the clock to keep him company. We did this to unburden my mother, who couldn't bear the thought of him dying all by himself. For many years, I also felt guilty that it took me so long to forgive him. 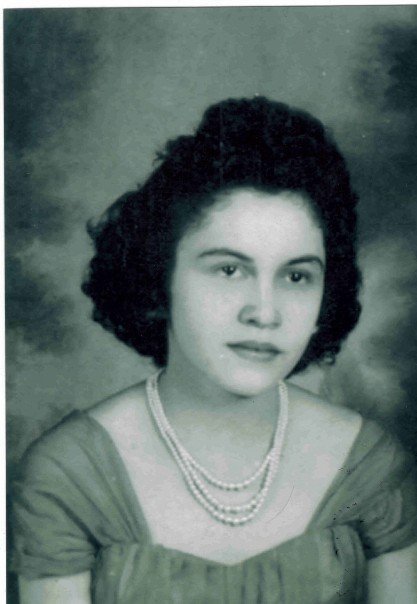 The author's mother in 1957. Photo courtesy of the author.

Life went on. I buried my feelings and unresolved conflicts. Eventually, I moved to the continental U.S. to pursue graduate studies.

I was at Fort Drum in upstate New York with the New Jersey National Guard, walking back to the barracks after a day in the field, when I heard a Puerto Rican sergeant telling a couple of female soldiers that he "was Puerto Rican, but he was a good father." It struck me. Always the cynical one, I thought he was posturing. Is this how this loser gets laid? Bad-mouthing his own father? Denial, that survival mechanism, was really playing a trick on me. I continued walking to the barracks thinking, I had a great father.

It took me several years after that day in Fort Drum to realize that indeed, I did have a great father. My mother was my father. To this day, I still don't know how she pulled it off. Taking care of 11 children and a sick husband and keeping it together seems like a Herculean task. My wife and I can barely manage two children, and we have the cultural and economic capital to do it.

My mother carried the world on her shoulders while raising us. In the process, she also managed to infuse us with her strong work ethic and passion for learning, though the path to education was closed to her. She taught me kindness, compassion, resilience and how to find the positive in the darkest moments. She taught me respect. She was always consistent, always there.

More importantly, she taught me to forgive, and that it takes strength to forgive. That is who she is, the strongest of us all: a father and a mother. The best father I could have hoped for. For many years after my children were born, I feared becoming "him," my biological father. I focused on not being "him" and while doing it, I ignored the obvious -- that I did have a great father figure in my childhood. On those days when my patience is running low and my voice is running high, I will remember the father my mother was to me. If I can be half the father she was to me, my children will be OK. 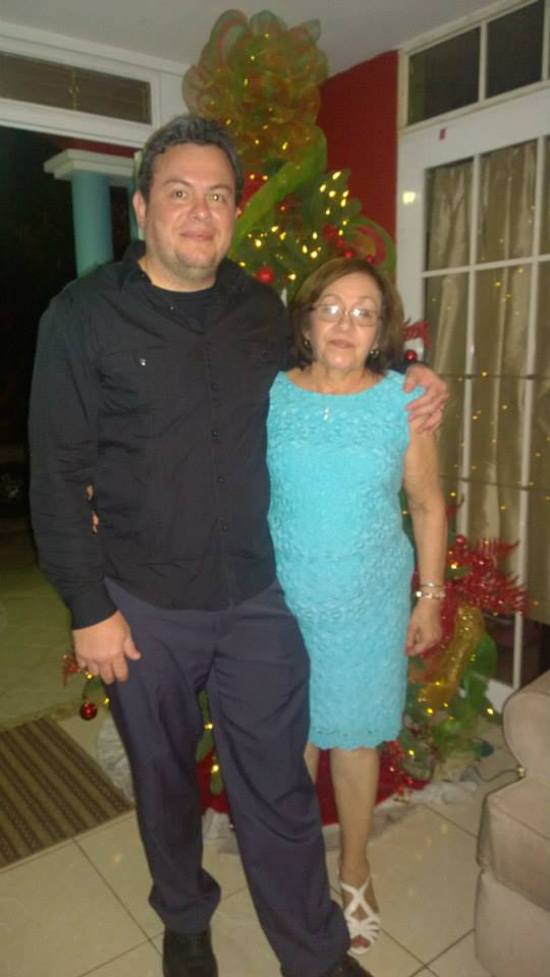 The author and his mother this past holiday season in Puerto Rico. Photo courtesy of the author.

Top photo: The author (at far right) with his mother and brothers in 1985. Photo courtesy of the author.