No matter how many superhero movies soar into theaters every year, it's increasingly rare to find blockbusters that elicit as much mania as "The Fault in Our Stars." It's perhaps the summer's most anticipated movie, and this weekend it will flood multiplexes with as many tears as it does box-office dollars. That's proven in the words of countless critics, many of whom chronicled the tears that they -- and those around them -- shed while watching the big-screen adaptation of John Green's best-seller. Here are some reflections on the sob factor that comes with "TFIOS." See if you can read about the tragedy of Hazel and Augustus' short-lived romance without already welling up:

1. "We are, of course, in serious weepie territory here." -- Moira Macdonald, The Seattle Times

2. "But it’s the emotional close-ups audiences will come for, and as 'The Fault in Our Stars' winds its way to a sincere and soggy conclusion, they’ll probably feel they’ve had their money’s worth. Some audiences, anyway. Watching the mid-movie restaurant scene where Gus proclaims his love for Hazel with poetic awkwardness, the woman to the left of me was bawling her eyes out. The couple to my right strained to stifle laughter. You already know which group you belong to." -- Ty Burr, The Boston Globe

3. "All around me people broke out sobbing at the end." -- Ella Taylor, NPR

4. "Directed by Josh Boone ('Stuck in Love') with scrupulous respect for John Green’s best-selling young-adult novel, the film sets out to make you weep — not just sniffle or choke up a little, but sob until your nose runs and your face turns blotchy. It succeeds." -- A.O. Scott, The New York Times

5. "The film doesn’t veer too widely from the parameters of tragic melodrama, a formula that Boone handles with sensitivity and restrained good taste. What’s more, it offers its core young audience the bracing, even exhilarating suggestion that love isn’t just about finding someone worth dying for, but someone who makes life worth living. For that alone, 'The Fault in Our Stars' achieves that rare feat of eliciting as many cheers as tears." -- Ann Hornaday, The Washington Post

7. "About three-quarters of the way through, if not sooner, you'll start hearing sniffles, then sobs, all around you. And it's hard to imagine you too won't succumb, even a little." -- Jocelyn Noveck, Associated Press

8. "I know people who wept watching the trailer, which features the first and last lines and gives away nearly everything else. (And they say critics spoil movies.) They’ll probably sob at the film, too—­although for pure, concentrated pathos, it’s hard to beat that trailer. There were times I felt a tingling in my tear ducts and almost let loose. But something rubbed me wrong about the opening voice-over, in which ­Hazel warns that the story she’s about to tell won’t be like one of those movies where everything gets solved with 'a Peter Gabriel song.'" -- David Edelstein, Vulture

9. "Those unfamiliar with the book should be duly warned: Bring plenty of tissues. 'Stars' is an unabashed tearjerker." -- Claudia Puig, USA Today

10. "Cancer provides the butt of the film’s most caustic jokes, provides the magnetic pull that first draws its star-crossed couple together, and provides the power with which the story eventually starts to squeeze its viewers’ tear ducts like water balloons in a pressure cooker." -- Andrew Barker, Variety

11. "It’s the kind of movie you watch with a full box of tissues nearby." -- Eliza Berman, Slate

13. "In the plumbing mechanics of melodrama, the Big C makes a perfectly useful faucet handle: Turn it and the tears come out, or at least they ought to. In life, it's cancer's job to try to kill you. In fiction, it's cancer's job to make you cry." -- Stephanie Zacharek, The Village Voice

14. "Maybe not since 'Titanic' has a movie threatened to so thoroughly burrow itself into young hearts only to beautifully break them by the end credits. (Or, really, about a half an hour before the end credits.) Look out for a mighty deluge of teen tears flooding multiplexes this weekend, which will be well-earned by this clever, attractive, sad little movie." -- Richard Lawson, Vanity Fair

PHOTO GALLERY
"The Fault In Our Stars" 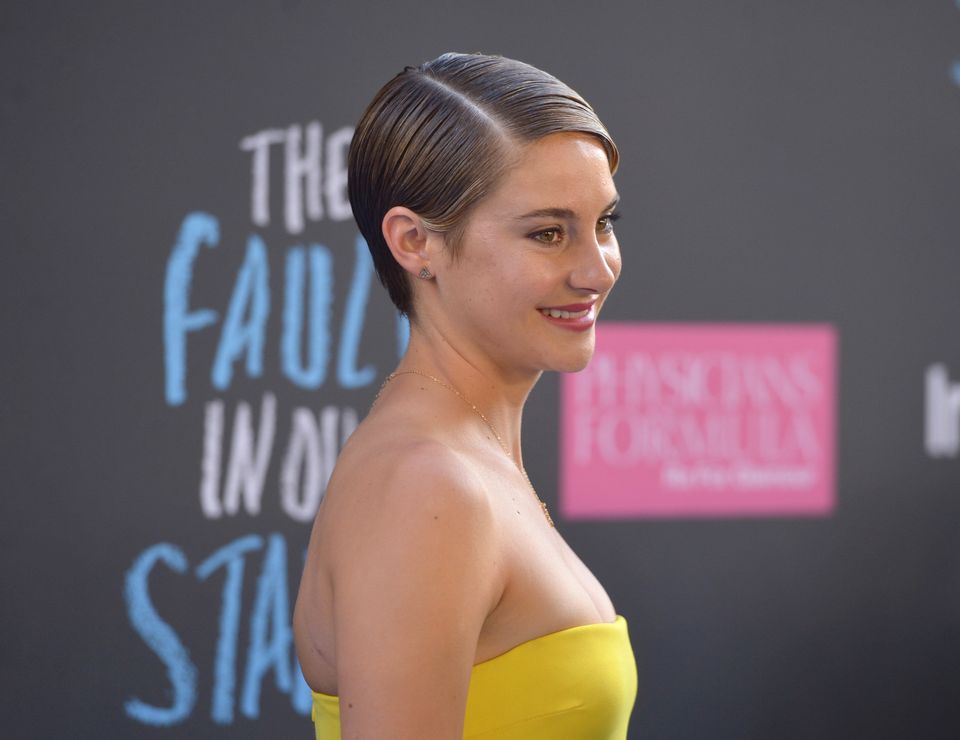