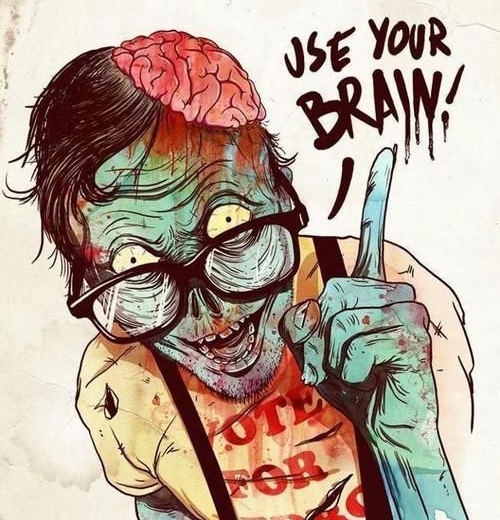 It may be that the intellectual flim-flam around global climate change will never end. It seems to rise from the grave again and again. Right now, it is stalking zombie-like through the new Administration and Congress.

Over at the National Oceanic and Atmospheric Administration (NOAA), where much of the federal government's climate research is done, a team from the Trump Administration reportedly is looking for "a great deal of uncertainty" in the agency's measurements of global warming. The team apparently is thinking about putting a note on NOAA's website to cast doubt on the agency's data.

Over at the U.S. Department of Agriculture, Trump's choice to head the agency is causing worries that USDA will stop working with farmers to help put the brakes on global warming. The president's nominee has called advocates of climate action "disconnected from reality".

In Congress, Republicans are trying out a new message on climate change. Rather than the outright denial they have voiced in the past, they are arguing that we can't know for sure how much human activities are responsible. Trump's pick to head EPA, Scott Pruitt, told a Senate committee "The human ability to measure with precision the extent of (human) impact is subject to continuing debate and dialogue..."

How do we bury the latest flim-flam? Here are some thoughts:

First, climate skeptics can be as uncertain as they want about the science. The more something is uncertain, the more it carries risk. The greater the risk, the more important it is to protect ourselves.

For example, if we knew with certainty that our homes would never catch fire, we would not need to buy hazard insurance. But because we cannot be sure, the responsible course is to buy the insurance. In the case of climate change, our insurance lies in taking steps to minimize greenhouse gas emissions and to be better equipped to deal with the risk that remains. Climate wonks call this "mitigation and adaptation".

To use another metaphor, if most doctors and medical researchers conclude that smoking causes cancer but they are not certain how much smoking is dangerous, the prudent course is for smokers to stop smoking altogether.

Second, the good news is that climate "insurance" pays tremendous returns. Most of what we should do to reduce our risks has so many side benefits that we should be doing it anyway. For example, when we reduce fossil fuel pollution, we eliminate lots of other air pollutants besides carbon. We are sick less often and spend less on medical bills.

For the last two years or so, USDA has encouraged farmers to practice "carbon farming". It turns out that trees, wetlands, soils and oceans all naturally absorb CO2 from the atmosphere and store it. Scientists call them "carbon sinks". Before it left, the Obama Administration handed Trump a detailed plan for using these sinks to offset as much as half of the economy's greenhouse gas emissions by 2050.

The government has spent hundreds of billions of dollars trying to perfect technologies that can capture and sequester CO2 from coal plants while nature does it for free.

USDA is involved in carbon farming partly because much more research is needed on the carbon uptake of soils. What we do know, however, is that soils are the best sinks when they are rich with organic carbon. As it turns out, carbon-rich soils are healthier and more productive, which raises farm income and boosts rural economies.

The bottom line is this: It makes no difference if some people are uncertain about global climate change. Uncertainty is all the more reason to take action. We taxpayers pay members of Congress and Cabinet Secretaries a lot of money to help us be secure and healthy. We should insist once and for all that they start earning earned their pay.

Postscipt: I hate to generalize about Republicans as climate skeptics because not all Republicans deserve that description. Many conservatives are active in organizations promoting clean energy and climate action. But they must rise up and take the Party back from the anti-science skeptics who are tarnishing the GOP's brand. Until they do -- until the Party's platform acknowledges this issue and its leaders stop standing in the way of responsible action -- generalization seems fair.