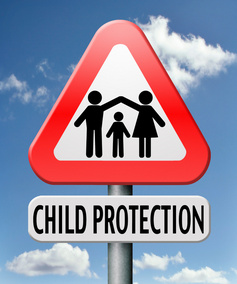 With the markets awash with volatility these past few weeks, everyone is looking around for culprits and for saviors. The global economic recovery is once again faltering, as China's engine of growth is sputtering and the rest of the world is worried about the consequences. As is becoming the norm in the post 2008 environment, central bankers are at the forefront of the rescue team. But should they be? While drastic action was necessary in the peak moments of the crisis, it's starting to feel like central banks globally are suffering modern age parenting problems: never let our children feel any pain. Just as many parents these days try to insulate their children from painful consequences, the Federal Reserve seems to be too worried about shielding the population from normal levels of unemployment or stock price ups and downs. This savior behavior can harm rather than help.

As a parent of a very smart but quite lazy 17 year-old boy, I look back over the past 5 years of our relationship and see a worrying pattern of behavior - on my part. He is a last minute kind of guy. He writes significant poetry assignments in the car on the way to school, and crams a three month research project into one 24 hour period. Rather than allowing him to suffer the inevitable consequences of getting "bad" grades, I swoop in to save the day, often sitting with him into the wee hours of the night, editing and typing away as we both strive to meet his deadlines. These actions seem like a good idea at the time, as who wants their child to get an F? However, they serve to reinforce rather than modify his disorganized and procrastinating behavior. Why should he stop playing video games today if he knows Mom is going to be saving him next week?

Looking at the last two years of U.S. economic performance and policy reactions, I get a similar sense when I observe the actions of the Federal Reserve (the Fed). The Fed's job is clear: it must implement monetary policy in order to provide price stability and maximum employment. From 2008-2013, its actions appeared credible and wise. Interest rates were brought to zero and an emergency quantitative easing program (pumping cash into the system) brought financial stability, lower unemployment, and a bull market in stocks and bonds. We are now out of crisis mode. As the charts show, the unemployment rate is down to 5.3 percent. Inflation has cycled, varying from near zero both in 2008 and currently, but averaging between 1-2 percent. 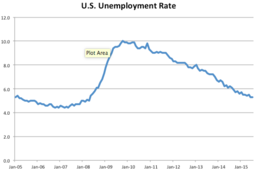 During the last two years, there is no strong case to be made that the Fed should have been operating monetary policy in crisis mode. Yet, when Bernanke announced the end of the quantitative easing program in 2013, markets swooned, investors panicked, and the Fed went into cautious mode. This year, as we get closer to a "promised" rate hike in September, a China-induced market pullback is again panicking investors and likely inducing the Fed to push off any action until year end. Any time there has been a significant pullback in stock market performance, a central banker makes a press appearance, letting us all know that they are going to be careful, and pushes off expectations of imminent rate hikes. 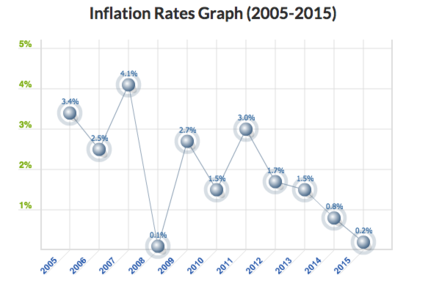 When did we all turn into a bunch of babies that need to be coddled, with our policy maker parents smoothing volatility and promising a world of full employment and a perfect 2.0 percent inflation rate? It's normal for economies to experience cycles, both expansions and recessions. It's also therefore normal for unemployment cycles to wax and wane. And, if you look over the past few hundred years, asset markets (stocks, credit, bonds) do go up and down; there's no reason or guarantee that all investments go up, all the time, and there shouldn't be. Today's Fed seems to be aiming for a perfect, low risk, high return, low-volatility world.

This feel-no-pain type of parenting is reflective in today's society. Tim Elmore, an author of several parenting books, aptly describes our situation in a Forbes interview. "Each generation of parents is usually compensating for something the previous generation did... Many parents today had Moms and Dads who were all about getting ready for tomorrow: saving money, not spending it, and getting ready for retirement." In response, today's parents (like me!) want their children to embrace the moment, live for today, be present.   In this world, we try to shield them from pain, rescue them quickly, and moderate their exposure to risk. Obviously, this is not a recipe for the child's long-term success. Entrepreneurs are unanimous in their proclamations advocating the positive consequences of risk taking and allowing and accepting failure.

After the plunge in the stock market in the last few weeks, speeches by members of the Federal Reserve Board suggest they are leaning toward a postponement of the first interest rate hike. Just as my reluctance to let my son fail his history project three years ago is risking a larger and more impactful consequence for him in the future, the Fed's reluctance to raise rates these past few years is risking more serious fallout down the road. Maybe it's time to be a mean parent.