Domesticated animals eat feed. Day after day, the farmer fills the trough with the same oats, the same feed. As we lie in sleep, our sidecars charge, our prostheses: computers, tablets, smartphones. Receptacles for the news feeds, charging to accommodate relentless scrolling throughout the day. Everywhere, silently revving for the coming feeding.

What are we eating? Perhaps Henry David Thoreau was correct to write in Walden:

"And I am sure that I never read any memorable news in a newspaper. If we read of one man robbed, or murdered, or killed by accident, or one house burned, or one vessel wrecked, or one steamboat blown up, or one cow run over on the Western Railroad, or one mad dog killed, or one lot of grasshoppers in the winter, - we need never read of another. One is enough."

My personal news feed seldom contains anything unrelated to a certain brutish, orange-hued demagogue. It makes me sick. Physically, mentally.

Mai-Ly Steele's research suggests the (detri)mental health effects of the Facebook news feed, namely depression. Though the feed's effect is not uniformly negative, connecting virtually with others isn't as nutritious as we had imagined. Like fast food, this feed is predictably awful for our mental health. With our ubiquitous access to the internet and our desire to connect, it's just so easy. We drive through. 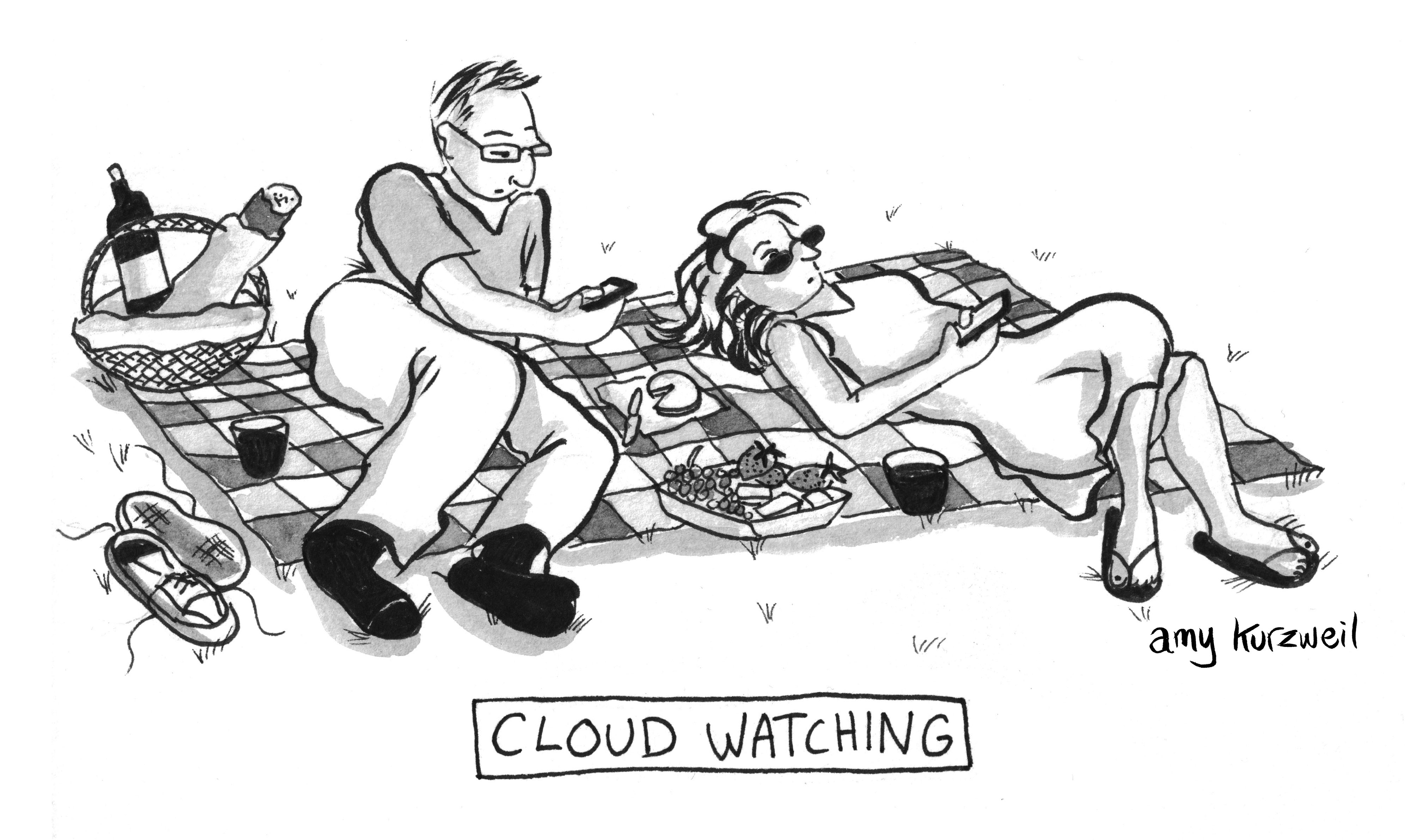 Actually, Facebook users spend nearly as much time on the feed as in face-to-face social interaction. Victor Luckerson makes note of this when discussing the history of the Facebook news feed algorithm. The increasingly complex algorithm's primary goal, regardless of how the company might articulate it, is that we eat more. They run content to which we are drawn. These news troughs refill with oats when we scroll to the bottom. And we eat so much. According to Luckerson's research, the average user reads 300 posts per day, these being curated by the meticulous algorithm. Still, a user desiring more content can read 1,500 unique posts from his/her "friends."

Because the Facebook algorithm does indeed select content that is user-preference generated, one may argue that some news feeds are intellectually healthy. That said, even if one's ruminations truly engage the feed in a critical way, they're still confined to content determined by one's social circles. When we chew the cud, it's the same cud our Facebook friends are chewing. We are eating with the herd. From a neuroscientific perspective these "feedback loops" are strengthened by repeated exposure to certain content patterns. What you think about is reflective of what you ingest. 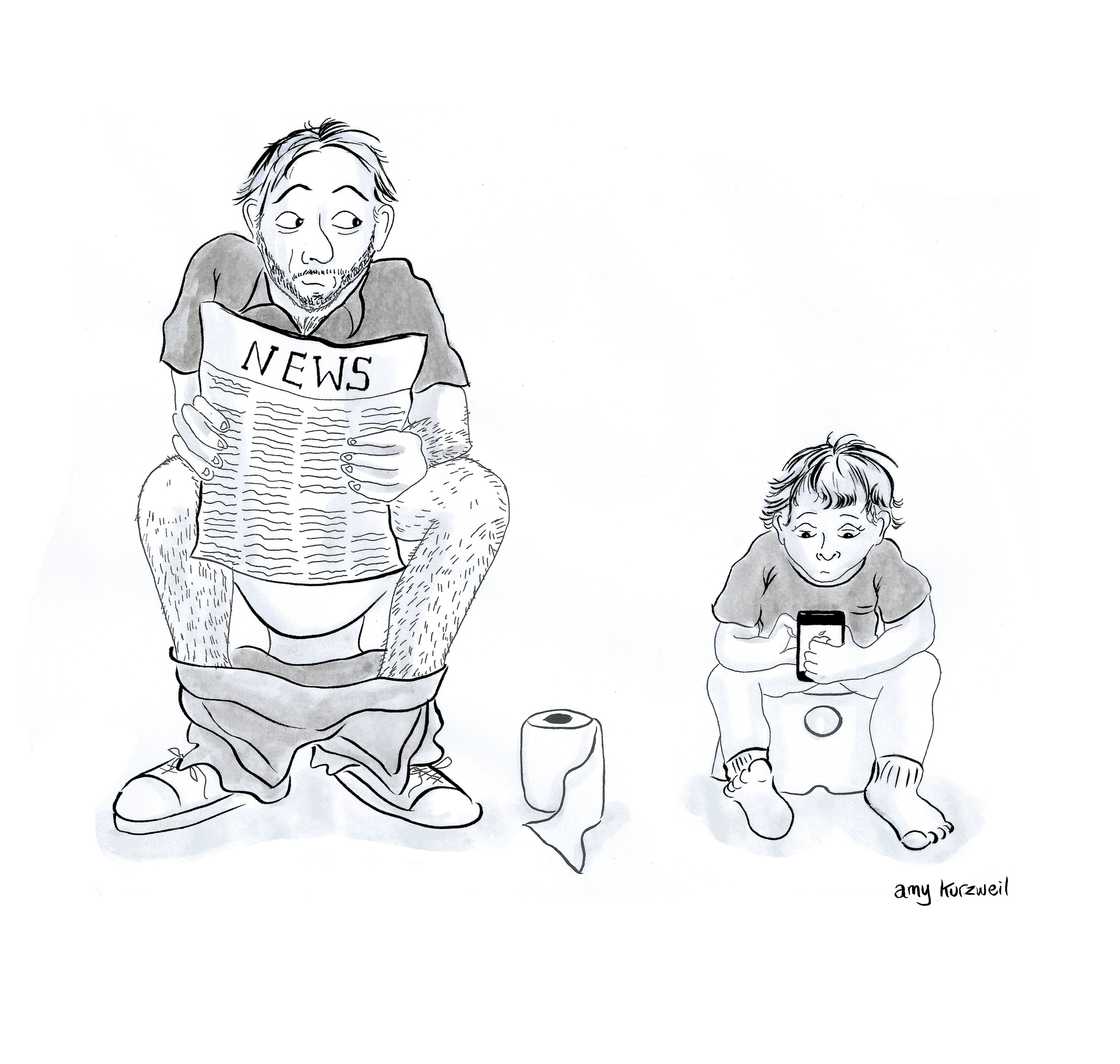 It's unhealthy, not merely the rapid overingestion of content, but the way it is consumed. That is, in front of a computer screen. No, I'm not talking about radiation but rather lack of exercise. The physical body of the user, staring, stockstill from our cubicles, corrals, barns, offices, sheds. Moo.

The power of Facebook's news feed algorithm was in many ways predicted by M.T. Anderson's classic dystopian novel Feed in 2002. There, a similar preference-based artificial intelligence takes the form of a brain implant, and its primary operations are to advertise and slick the pathways of virtual reality social networking. Sitting at the dinner table, characters Violet and Titus try to communicate in real-life as his family members distract them through the blaring interactions they are having with the feed itself. Smell Factor, Titus's brother who is known simply by this nickname, responds vociferously to a show that's streaming directly into his brain. The boy hardly interfaces with reality at all, obsessed and controlled as he is by the feed. Despite his physical presence at the table, Smell Factor has gone virtual.

Guess what Facebook is working on RIGHT NOW? Having acquired Oculus Rift, the company's10-year plan relies heavily on VR technology, asserting, "Virtual reality has the potential to be more social than any other platform." It also has the potential to change the way we feed, further paralyzing our physical bodies. One wonders about the effect of this sleeplike paralysis on our waking life, as we begin to inhabit a world of dreams.