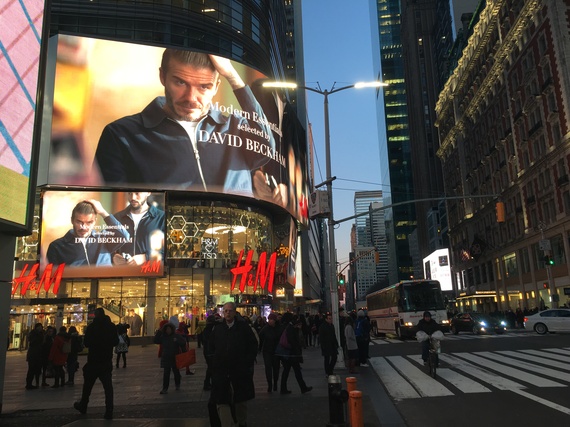 Being a feminist is suddenly cooler than it has ever been before in my lifetime. In middle school I felt like being a feminist isolated and secluded me from "the group." But now, in high school (albeit I live in liberal New York City) it is more magnetic, drawing me to people and other people to me. Feminism is popping up everywhere. Suddenly feminism is not only a movement, but also a brand and a slogan. And that's a great thing, right? Because how can exposing people to the value of equal rights ever be a bad thing? I thought that too, until I started to think more about it and the depths of the movement that are ignored by this new feminist brand.

When Elle Magazine recently had its feminism issue I was overjoyed and excited to see Benedict Cumberbatch and other celebrities wearing a t-shirt that said "Feminist." I thought "We are all working towards gender equality!" I wasn't even particularly concerned when I saw an article online that said the shirt was made in terrible sweatshop conditions. I wasn't concerned because I thought the positive message on the shirt outweighed any possible negative aspects of its manufacturing. But as I thought more about feminism I realized that one has to think about global gender equality. We must not ignore certain people because they complicate our main interests or objectives. 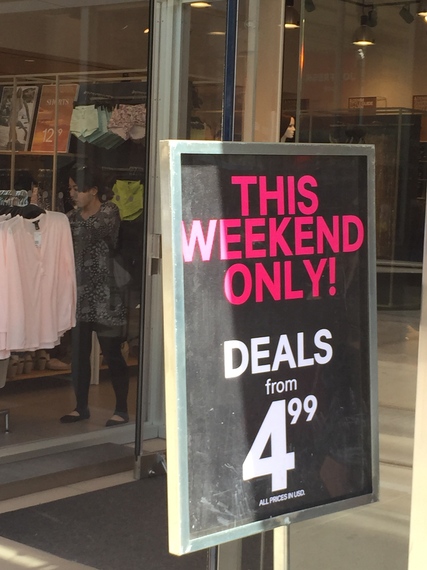 It's not that the feminist movement is completely ignoring fashion, but in general it only critiques certain parts of it. For example there is much feminist outrage over stores such as Brandy Melville, having a one-size policy. Many people I know are horrified if someone shops there because of how "un-feminist" it is to shop at a store that is basically saying everyone's body is the same, and that only wants people who look a certain way to shop there. The advertising of clothing is also a huge issue. The norm should not be tall, white and skinny because this does not reflect what our actual population looks like. These problems are serious, but they are also connected to other problems in the fashion industry that need to be addressed, such as factory working conditions.

Wearing clothing that proclaims your feminism, but is made by young children, or exploited women is not feminist. It is hypocritical and needs to be thought about more. Not ignored. It is a complicated issue though, especially because there are deeper issues of class engrained in the system of shopping, especially at fast fashion stores. "Fast fashion" is clothing made extremely cheaply with a quick turnover rate in the store and in one's closet, all designed so people will buy a high volume. "Fast fashion" is detrimental to the world in many ways in addition to poor working conditions, including the amount of wasted clothing creates, and the dangerous chemicals (to both humans and the environment) used in production.

Though I definitely don't think everyone is going to start shopping completely at socially conscious stores and stop shopping at H&M and Forever 21, keep in mind that if you are a feminist, you should consider the intersections of feminism and fashion. An industry such as fast fashion, which is based on exploitation, is not feminist. And a lot of fashion is based on exploitation. While garment workers can barely survive, the people at the top who own the clothing companies are some of the richest people in the world. This is wrong and must be changed. Feminism is not about fixing some social inequities at the exclusion of addressing other social problems. If feminism is going to serve its true purpose, it must be the movement for people who are being ignored by most of the world. It must grapple with exploitation in the fashion industry and other industries. It cannot just be about us proclaiming our belief in gender equality. Feminism is not a movement about complacency and feeling comfortable with the way things are. It is about feeling uncomfortable and angry and using those feelings to take action.