What if the "fight for the metaverse" is actually less like a battle to the finish and more like a foot race in which the competitors have enjoyed different start times and stagger marks? Recall from my last post on "The Fight for the Metaverse, Part 1, I characterized a few companies engaged in an all-out battle for colonizing and dominating the metaverse -- High Fidelity, Second Life's Project Sansar and Surreal. What I've continued to learn is that these companies are better understood as those who got into the race earlier and now enjoy varied head starts but additional competitors are in this race too.

These newbies include: ConVRge, JanusVR, VRChat and AltspaceVR. Will they catch up? What will it take? Just greater speed or will they also have to be more agile, scrappier and determined? Perhaps, they will they change the course of the race itself. 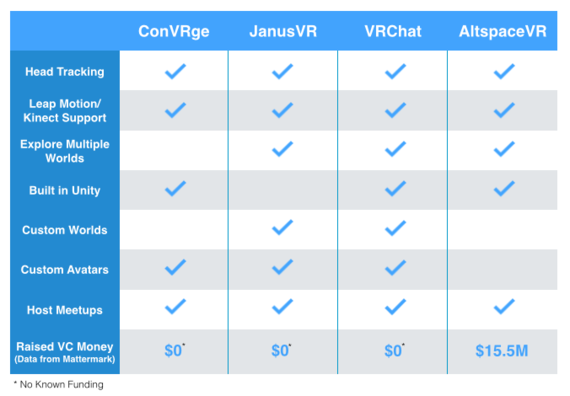 On Your Marks, Get Set, GO!

ConVRge founders, Shawn Whiting and Hayden Lee, began developing ConVRge's current interface about 6 months ago in Unity (a development platform used to create 3D and 2D games and interactive experiences) when they threw their first event, a virtual dance party. People from all over the world entered ConVRge as floating heads (their version of an avatar) identified by username. What they quickly realized was that it didn't matter if the person's head icon was a moon, someone's realistic looking face or an animation. People loved the interaction in this platform because when they moved their head in real life to look at someone or something, the movement was mirrored in the virtual reality world. In the VR industry, this phenomenon is known as head-tracking.

With the success of their first virtual party meetup, the founders have turned these interactions into a staple of their social VR community. Each week they host a weekly virtual campfire meetup for people to come and socialize about whatever is on their minds, with no specific agenda or topic. Every two weeks they host a developer talk, where they bring an expert to talk about a topic of high interest, which attracts many newcomers. ConVRge has a particular strategy to its race tactics: instead of allowing people to explore various worlds, they have focused on building one main interactive space. The space looks like a valley, trees scattered around the hill-tops with a large screen floating in the middle to allow all avatars to watch together. 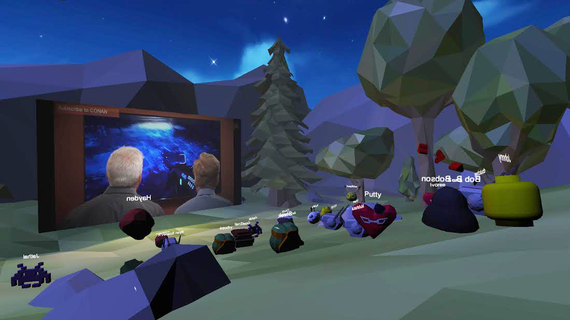 In some sense, this single room philosophy is a different metaverse than what Neal Stephenson defined in Snow Crash, "an immersive virtual world so complex and convincing that it would seamlessly and intimately interconnect to the 'real' world".

In contrast to ConVRge, JanusVR's race strategy seems premised on facilitating user autonomy and innovation. Founder of JanusVR, James McCrae explains that "JanusVR is reimagining how we use and interact with the internet." JanusVR is building "a virtual reality interface to the internet" in which "web pages are rooms, and links connect rooms via portals." Moreover and unlike all other metaverse contenders who are building with Unity, JanusVR uses HTML and Javascript because it wants to be "the Firefox, IE and Chrome in this virtual internet story" explains Nukemarine, a JanusVR contributor, on Zapchain.

The antithesis of a walled garden, JanusVR's decentralized approach is to be a hyper-open development platform, focused on empowering their users to easily build and create new 3D environments into what McCrae calls a "fertile creative ground". The developer community naturally gravitates towards this flexible environment, as demonstrated on their highly active Reddit page. JanusVR contributors are also encouraged to use websites like VRSites, a VR hosting and development platform, or SceneVR, which is making VR apps with HTML and JS, to also plug into JanusVR. According to Nukemarine, JanusVR plans to sprint ahead of other metaverse front runners by allowing you to connect into any platform (even competitors') from JanusVR, something that none of the others (currently) allow. 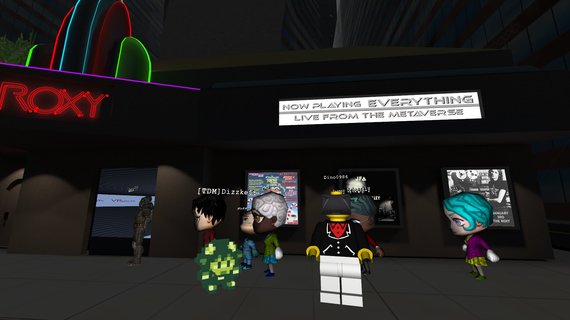 The third new runner in the metaverse race is VRChat. Their strategy is best characterized as a combination of particular features found in the other two already discussed. Founders Graham Gaylor and Jesse Joudrey are bullish on users creating their own virtual worlds; however, unlike JanusVR, they use Unity arguing that it produces the best look and feel. The user-generated locations are an array of unique experiences, ranging from lush floating islands to large theatres.

Gaylor told me that the current version of VRChat began about 8 months ago. However, they have big plans in the next couple weeks to revamp the overall design of the entire experience. Below is an image of what the current design looks like: 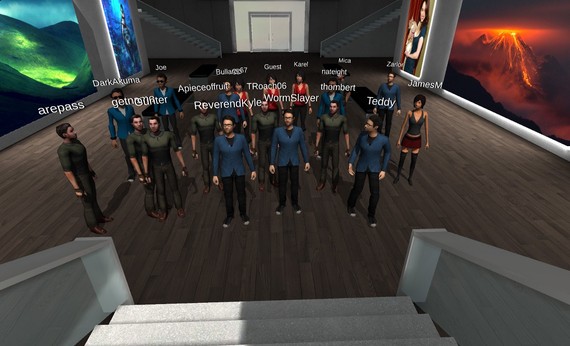 In a recent interview on Voices of VR, Joudrey said that "Social VR is a feature, not a platform", which is why they built a VRChat SDK with a set of Unity scripts to "help easily add social experiences to your VR experience." They believe that in order to get everyone into the "metaverse", they have to make a system that is easy to build for in a short amount of time. Currently, they are known for having many playful elements built by their users, including a hoverboard and their glowing orb interface, which allows a user to open up a portal to another location and invite the users in the current room to be teleported together to the next location. This glowing orb interface also appears in JanusVR in the form of portals. Ready Player One, much?

Like ConVRge, they host weekly meetups which they announce on Twitter and Reddit. Their most well-known weekly meetup is called "Gunter's Universe", which occurs in front of a "virtual studio audience" comprised primarily of VR developers.

Now I turn to AltspaceVR, the company that recently raised $10.3M, grand totaling to $15.5M and distinguishing it from the other three who have yet to (publicly) raise capital. AltspaceVR has been spurred ahead by cheerleaders in the media and a strong community of developers and enthusiasts. Known for their robot avatars with distinctively hued fronts (iconic as un-customized avatars), they've been more focused on creating shared experiences than the aesthetics of their avatars. A step the company is taking in that direction is testing collaborative game playing in virtual spaces -- including chess and Dungeons and Dragons. Outside of games, they keep their events page stacked with upcoming social AltspaceVR gatherings, where you can schedule an event of your own or register to attend one with others on the platform.

AltspaceVR's CEO, Eric Romo told RoadToVR that "AltspaceVR wants to enable the creation of VR experiences with the same ease of web development." Unlike JanusVR and VRChat, however, they have not yet allowed for users to create their own worlds or avatars and upload them to AltspaceVR. 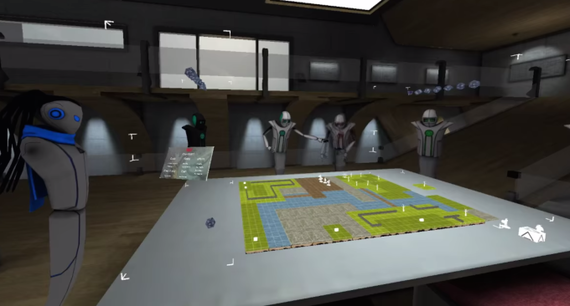 A greater leap is their new browser extension. Imagine you find exciting content on the web and want to experience it in VR. With a click of the AltspaceVR extension, you can access that webpage in AltspaceVR and share it immediately with your friends. It's as simple as bookmarking a page, yet allows you to experience your favorite content in a whole other dimension.

One comes from Eric Johnson's interview with Palmer Luckey, quoting him saying that "the term 'metaverse' is a bit undefined. For any one company to say, 'We are building the metaverse' is pretty hyperbolic. Building all the pieces is going to be hard, and the way you imagine things in sci-fi doesn't always translate over to the way things will be in the real world."

Perhaps there is no end to this race or as Luckey describes, there might not be just "one" race, but many different tracks that may one day connect together. The one sure thing is that in order for these companies to keep running on any track, they need to build a strong community that will cheer them during the upcoming laps and spur them to move faster more strategically. Without a strong community, any social VR company will be left in the dust.

We're in the early phase of innovation for not only social VR, but the entire VR industry. Their journey of treading through the unknown landscape of social VR, will impact not only the future of VR but will help define what the next version of the consumer Internet looks like. As we analyze this industry, we must all remember that VR is in its infancy; it's similar to the state of the mobile industry 12 years ago when the PalmOne launched.

If you enjoyed this, please subscribe to allthingsvr's weekly newsletter to receive updates on the top VR news, innovators and content :)