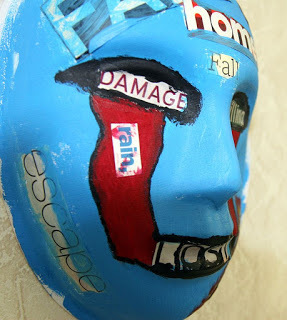 One of the legacies of the election is to see the whole world as the election. Certainly the recent Republican victory is reflective of a jingoist, xenophobic turn in many major western countries. Brexit had already occurred before the election and the right in France, in the guise of Marine Le Pen's National Front, has been inflamed by the spate of terrorism. Italy is the latest to join the band wagon "With Populist Anger Rising, Italy May Be the Next Domino to Fall," NYT, 12/2/16). But rather than leaving a big hole in our dialogues (some people were afraid that the level of political discourse generated by the Trump candidacy was so great and all encompassing that it was going to be difficult to resume normal conversation after all the brouhaha was over) the election has spawned a whole new set of projections. The juggernaut continues and the world seems to be characterized by Trump clones who take extremist positions based on little evidence so as to dominate situations and attract the marginalized elements in any organization who're seeking a way to upset the apple cart. Whether they are Trump supporters or not makes no difference. You begin to regard certain people who play on fear and prejudices in the way you did Trump and you feel the same helplessness as the wildfire begins to spread over a drought inflicted landscape. Subliminal and not so subliminal prejudices have been ignited by both Trump and henchmen like Steve Bannon, but these have found there way into the culture to such an extent that it's hard not to be overly reactive to anyone who dramatically postures to make their point. Those who were sure average Americans with common sense values would repudiate Trump have been traumatized and like a lot of people with PTSD, they're suffering from counter reactions characterized by their own particular kind of myopia.