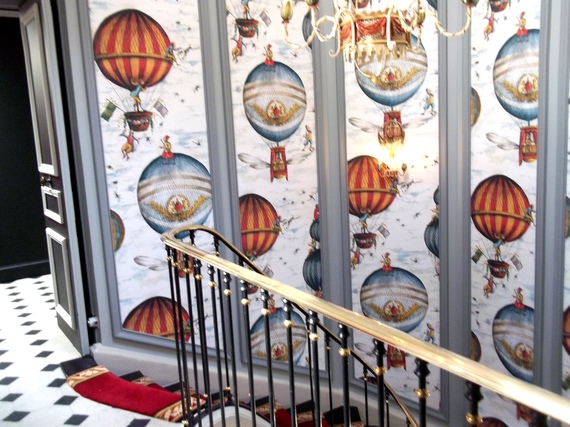 Montgolfières -- that is how the hot-air balloons are called in French -- a noticeable more romantic name than the English one that can only remind a person that they are really standing on air when traveling in such a time-warped machine!

When Paris had an airfield where such flying apparatus were in fashion and in frequent use, the landing field where the montgolfières used to touch down was this vast expanse of grass inside the city perimeter, where the 16th arrondissement is now located.

Things have changed, and the priceless former empty area is now one of the most expensive real estate of the French capital. This is where you will now find the Hotel Saint James Paris, a Relais & Châteaux property, located exactly where the landing airfield was. 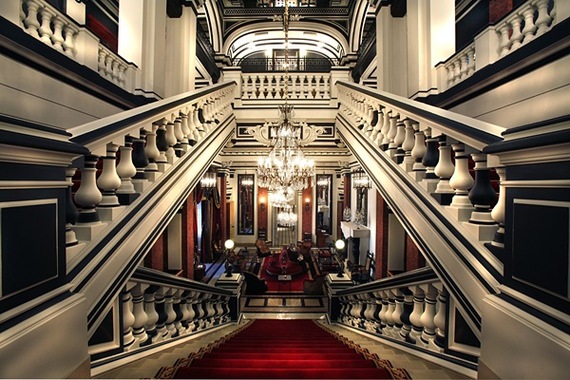 The name montgolfière originated with the Montgolfier brothers, Joseph and Etienne, who invented the hot-air flying balloons, and who, in November 1783 were the first humans to fly.

Their very first experiment with living things, besides humans, going up in the air took place on Sept. 1783 in Versailles, in front of Louis XVI and his queen Marie-Antoinette, with a cargo of one sheep, one duck, and one rooster placed inside a straw basket attached to the balloon with a rope.

All beasts survived and made it to 500 meters into the bright blue sky - even though the duck got a broken beak, as the sheep sat on it at landing. We have no reports on the mental state of the animals. 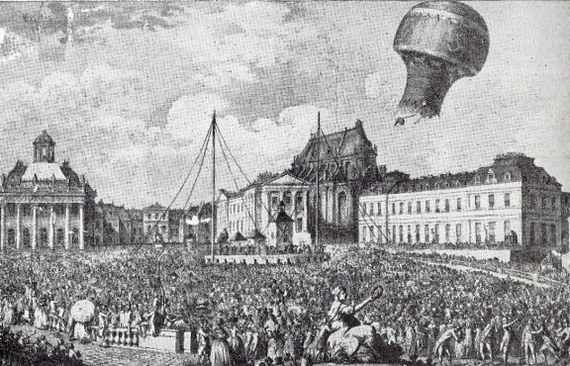 Now, the airfield is gone (real estate is dear in Paris), but on the very same location as the first aerodrome of Paris, a hotel now sits on its ground and the theme of hot-air balloon is seen throughout the entire building, to remind visitors of its previous life.

A boutique property in a chic district, the Hotel and private club the Saint James Paris makes lovely use of the montgolfières theme in the rooms, in the majestic staircase with its tall glass-chaos chandelier, and especially in the garden in the back, where tents shaped as balloons are used as covered buffet and sitting arrangements protected from the Parisian rain. 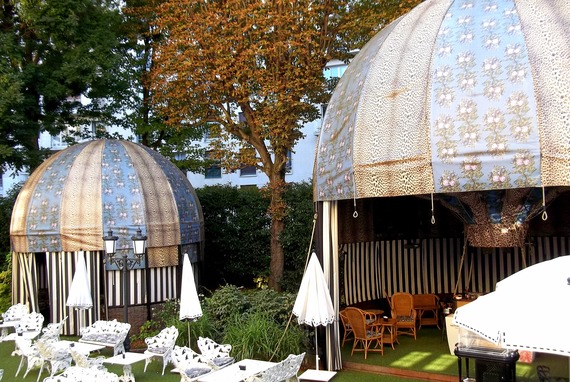 In every room, the theme of hot air balloons is present in the wallpaper or the lamps, in headboards and décor details. It's lovely and quite regal, even royal sometimes, for some of the double-decker suites are quite fit for princes and princesses. 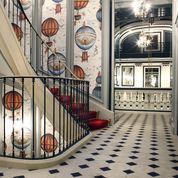 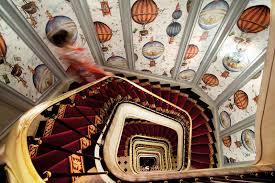 The hotel is located in a quiet stylish part of town, near the avenue Victor Hugo, not far from both the Arc de Triomphe and the Eiffel Tower. The new Louis Vuitton Fondation, the Musée du quai Branly and the Trocadéro are also within walking distance -- at least according to real Parisians, who always walk a lot. 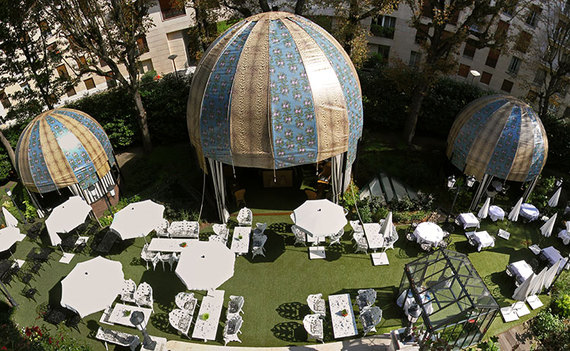 I walked it, but then again, I am a Parisian who lived in New York, where residents also walk great distances. I believe in discovery by foot when I travel, the best way to find unheard-of little restaurants or shoppes. That way I don't rely on transportation modes, which sometimes does not take me where I want to go.

It's a shame the hotel Saint James does not offer rides in a real montgolfière, but there is a few clubs around Paris that will do so. Some flights will take you over castles and rivers, others aim straight for historical locations -- even better than a map on the wall!

In some trips, you can even have a romantic dinner while up in the air, if you can stomach it. All flights are always weather permitting. No animals allowed in the balloons, not even ducks, sheep, nor roosters. 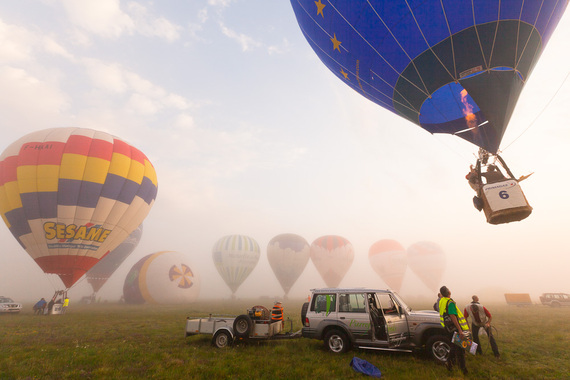 Questions or comments? sidoniesawyer@gmail.com
Visit my website for more stories.