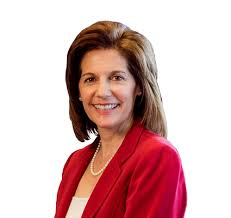 In high school, I worked one Summer in the fields.

Picking strawberries looked easy: just bend over to the ground, and twist each berry gently off its stalk, being careful not to bruise it, or you wouldn't get paid.

Each double-sided row was a quarter-mile long, and completing it earned one dollar.When I finished the first row (it took three hours) an old woman called to me.

"You no make money that way--too slow! Come sit in the shade beside me and I show you how pull stems."

As her fingers flew, yanking the stems, setting the berries into green plastic boxes, she told me about her life: how every year she and her husband and their children followed the crops.

One man told me he was building a house, working the season, buying a few more bricks every year.

They all sent money home, remittances, to keep the old ones in the family alive. (Taking those remittances, I would later learn, is how Donald Trump plans to make Mexico pay for his wall.)

Where did they sleep?

She pointed to a big packing crate, lying on its side. I peered within, saw the burlap sacks they used for blankets...

For me, it was a Summer job, one I would never wish to do again.

For them, undocumented Mexican-Americans, it was life.

They worked a land their ancestors once owned. One third of the United States had been Mexico--California, Nevada, New Mexico, Utah, Colorado, and Texas.

But the Mexican-American War, the "Invasion of the North" changed the boundaries. As one observer put it, "We did not cross the border--the border crossed us!"

Conditions improved, but the work remains brutal, exhausting, and ill-paid.

Today, Donald Trump is using Mexican-Americans as a political weapon, to frighten us about hordes of allegedly dangerous people, coming across the border to do crime.

For more than a year he has screamed in his hate-filled rallies, libeling Mexican-Americans as rapists and murderers; he has promised to build a wall against them, and to deport eleven million undocumented workers, people living in America right now.

The financial price of rounding up and deporting 11 million children, women and men? Perhaps as much as $285 billion over five years.

But our country opposes the vile deportation policies of Donald Trump.

More than three-quarters of Americans (76%) think "illegal immigrants are just as honest and hardworking as American citizens".

Faced with an issue that no longer works for him, Trump is scrambling desperately to give the illusion of "softening" his policy, as if he has a "big heart".

I hope he is not fooling anyone.

Fair-minded people should rally to her side.

I particularly hope Nevada's Chinese-American community will befriend her: because who knows better than they what it is like to suffer from racism?

They endured the Chinese Exclusion Act: the only time in U.S. history when an entire ethnic group was banned.

Signed into law by President Chester A. Arthur in 1882, the Exclusion Act prohibited Chinese from entering the United States. The act was renewed for decades, separating countless families. Men who had come over to work in the mines, expecting to bring their wives later, were denied their companionship forever.

Not until World War II, when China was our ally against Japan, did the Magnuson Act of 1943 permit Chinese-Americans to become citizens.

But on June 8, 2012, Congresswoman Judy Chu introduced a resolution expressing the "regret of the United States House of Representatives for the Chinese Exclusion Act, which...denied Chinese-Americans basic freedoms because of their ethnicity."

That is how racism is fought: by women and men who will point out what is wrong, and fight to make it right.

Catherine Cortez Masto is just such a person.

"I support comprehensive immigration reform that secures our borders and allows millions of undocumented immigrants to come out of the shadows to earn a path to citizenship. Congress needs to do its job and pass immigration reform to keep families together."

Will she stand up against Donald Trump and Joe Heck? Listen:

"Congressman Heck has endorsed Donald Trump, even adopting Trump's talking points about "making America great again." Well I have news for Donald Trump and Congressman Heck -- America is already great, and Mexican Americans have played a role in making us great...We aren't rapists and drug dealers, we're judges, doctors, teachers, Attorneys General and even United States Senators. I'd be proud to be the first Latina ever to serve in the U.S. Senate."

If you live in Nevada, consider volunteering for Catherine Cortez Masto's campaign. Wherever you live, send her a couple bucks (I did); give her a chance against the millions of dollars pouring in from the Koch brothers and their groups.

Joe Heck chose to side with racist billionaire Donald Trump. That is his decision.