President Obama will visit Hiroshima, Japan after the conclusion of the G-7 Summit later this month.

There has been intense interest on both sides of the Pacific in the possibility of a presidential visit to Hiroshima  --  the first by a sitting U.S. President  --  so I wanted to share some details on what the purpose of the visit is, and what the President will do.

Given recent travel to Hiroshima by our Ambassador Caroline Kennedy and Secretary of State John Kerry, as well as the city's role in hosting the G-7 Ministerial in April, we believe that this is the appropriate moment for the President to visit this city and shrine. 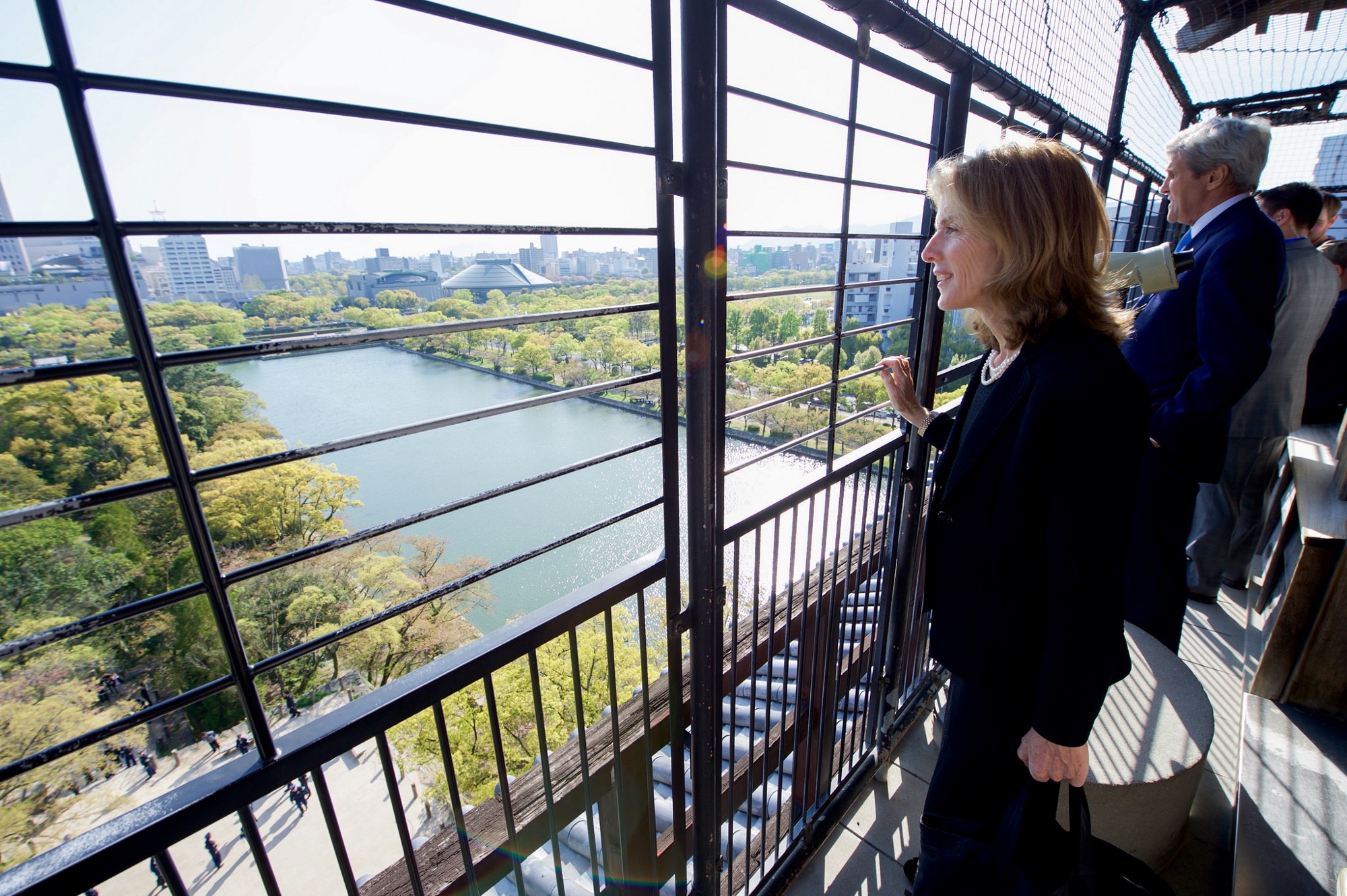 U.S. Secretary of State John Kerry and U.S. Ambassador to Japan Caroline Kennedy look out over the Ota River and city of Hiroshima, Japan, from atop the Hiroshima Castle on April 11, 2016, after they both attended the G7 Ministerial Meetings in the city.

So, on May 27, the President will visit the Hiroshima Peace Memorial Park, a site at the center of the city dedicated to the victims of the atomic bombing, where he will share his reflections on the significance of the site and the events that occurred there. He will not revisit the decision to use the atomic bomb at the end of World War II. Instead, he will offer a forward-looking vision focused on our shared future. In making this visit, the President will shine a spotlight on the tremendous and devastating human toll of war.

In making this visit, the President will shine a spotlight on the tremendous and devastating human toll of war.

To be sure, the United States will be eternally proud of our civilian leaders and the men and women of our armed forces who served in World War II for their sacrifice at a time of maximum peril to our country and our world. Their cause was just, and we owe them a tremendous debt of gratitude, which the President will again commemorate shortly after the visit on Memorial Day. This visit will offer an opportunity to honor the memory of all innocents who were lost during the war. 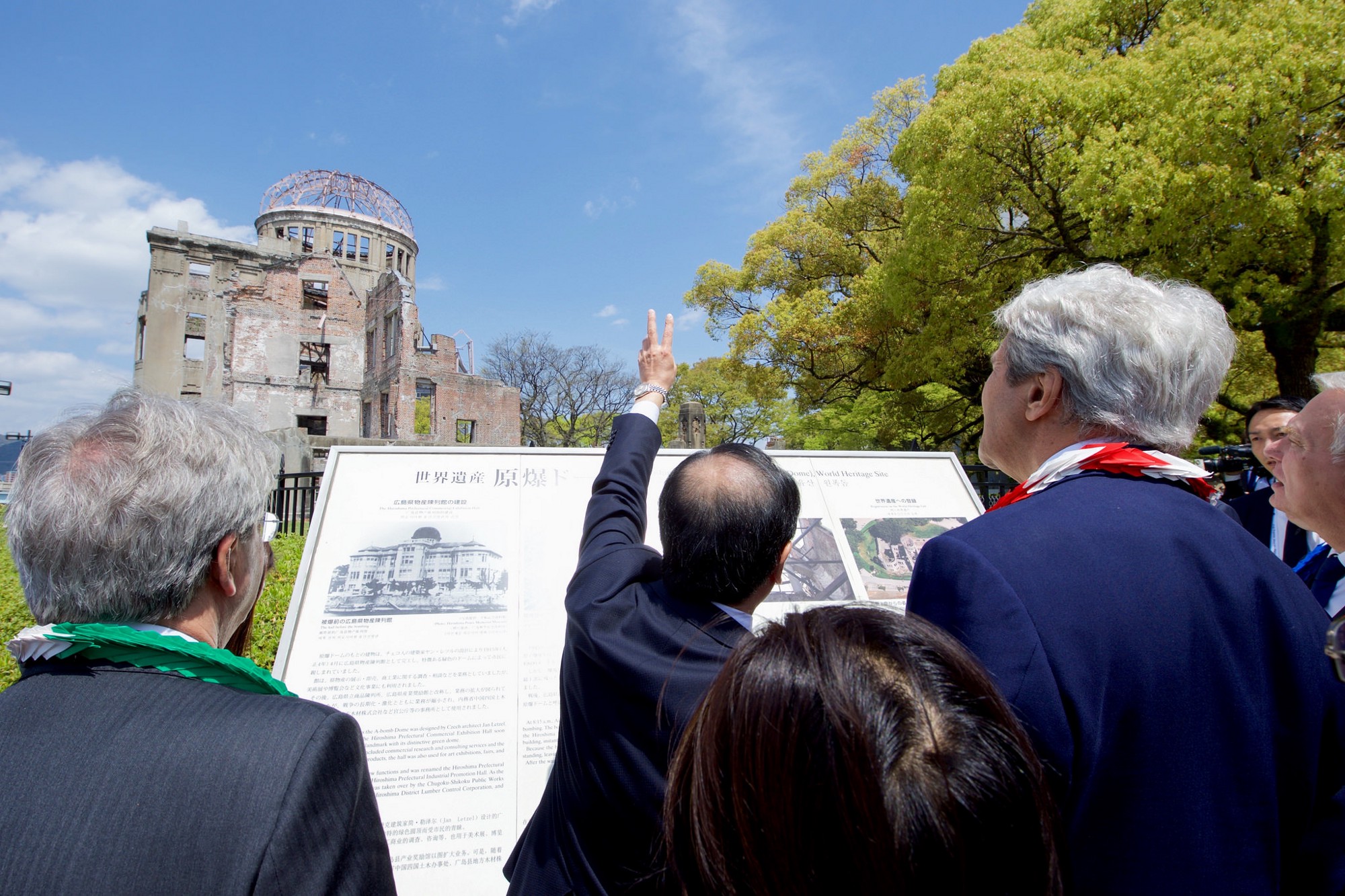 That commitment has guided our efforts to promote non-proliferation and nuclear security  --  a theme at the heart of four Nuclear Security Summits that the President hosted  --  and to take concrete steps to reduce the role of nuclear weapons in our security and in the policies of other global powers.

Finally, the visit will also symbolize how far the United States and Japan have come in building a deep and abiding alliance based on mutual interests, shared values, and an enduring spirit of friendship between our peoples. The relationship we enjoy with Japan today was inconceivable at the conclusion of World War II, but today the United States and Japan cooperate on every major global issue.

The relationship we enjoy with Japan today was inconceivable at the conclusion of World War II, but today the United States and Japan cooperate on every major global issue.

This bond is rooted in common interests but also the understanding of our common humanity that developed after the war. We are proud of the role our military plays in Japan: defending our allies, ensuring regional peace and stability, and responding to humanitarian catastrophes. Yet our shared work is not yet finished. We will continue to strive together for a more peaceful world without nuclear weapons, while ensuring our shared security.

The President and his team will make this visit knowing that the open recognition of history is essential to understanding our shared past, the forces that shape the world we live in today, and the future that we seek for our children and grandchildren. 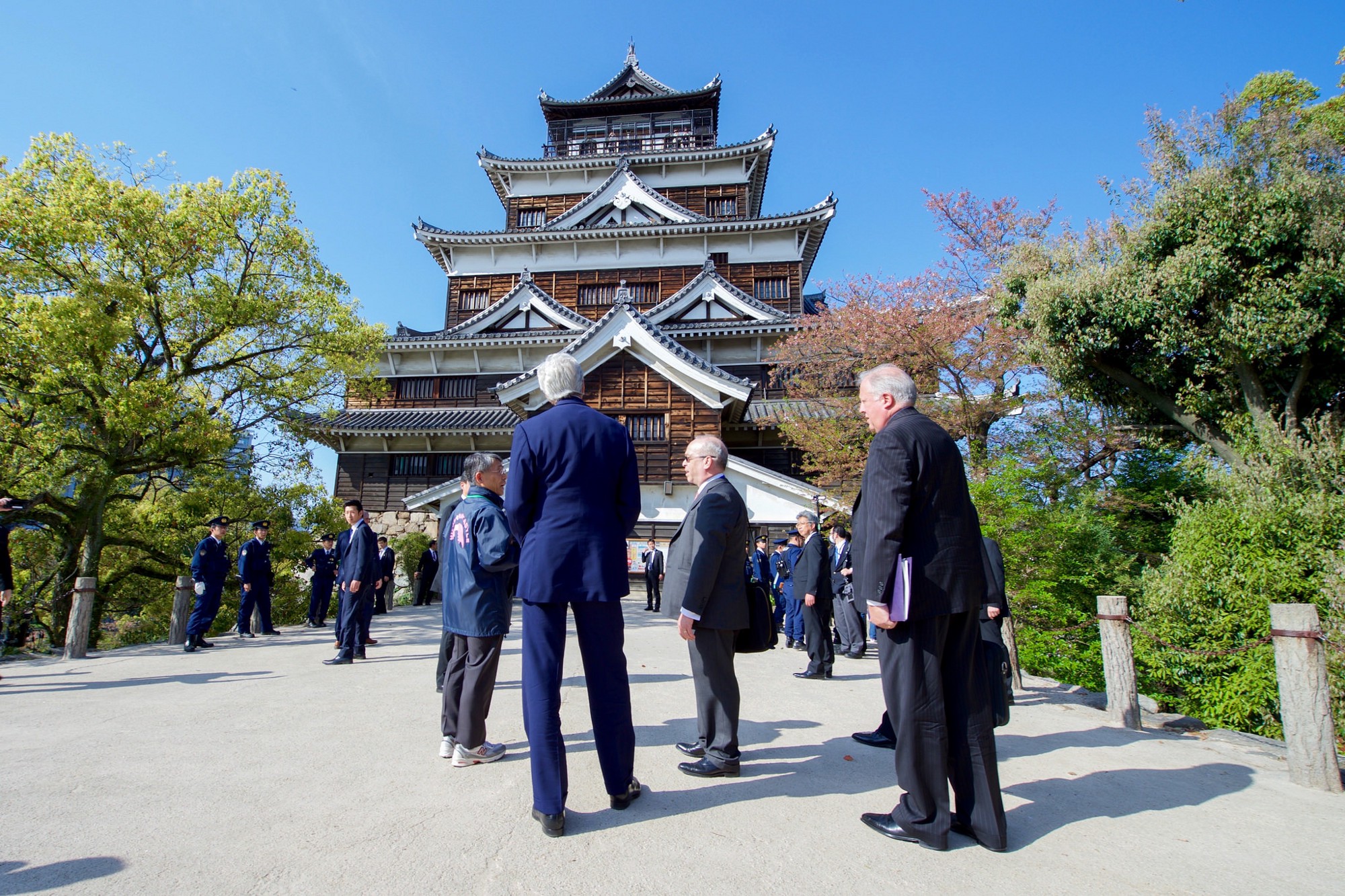 U.S. Secretary of State John Kerry looks at the Hiroshima Castle in Hiroshima, Japan, on April 11, 2016, during a walk after attending the G7 Ministerial Meetings in the city.