Humans have been fascinated by stars -- those luminous points of light embedded in the night's darkness -- for millennia. Long before any understanding of their scientific significance emerged, the stars' association with the heavens has turned them into symbols of the warfare between light, or spirit, and darkness, or material forces. The five-pointed star (the pentagram) in particular (Figure 1), with its symbolic representation of the twinkling of stars, has become an icon of the human microcosm. 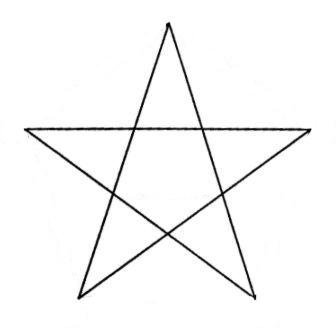 Figure 1. The five-pointed star, a pentagram.

When did the five-pointed star first appear? And what has transformed it into such a popular symbol? While we cannot be certain about the answers to these questions, some of the examples of historical facts are truly fascinating. In particular, the relation between the pentagram and the celebrated "Golden Ratio," has motivated a number of historians of mathematics to investigate the topic quite thoroughly.

A pentagram appears on a jar dated to 3100 BCE, found north of Thebes in Egypt. The incision appears to have been done in one continuous motion, and the fact that such a feat can be easily achieved for the five-pointed star may have been one of the initial sources of attraction of this figure. As an Egyptian hieroglyph, a pentagram enclosed in a circle meant the netherworld -- the underworld of the dead.

In Sumarian and Akkadian cuneiform texts, the meaning of the five-pointed star was the "regions of the inhabited world." Thus, we can find it in sentences such as: "which are not the regions warmed by the brightness of your light."

At Tell Esdar, in the Israeli Negev desert, archaeologists found a flint scraper with a pentagram (Figure 2), dated to the Chalcolithic period (4500–3100 BCE). This again appears to be a rapidly executed graffiti figure. 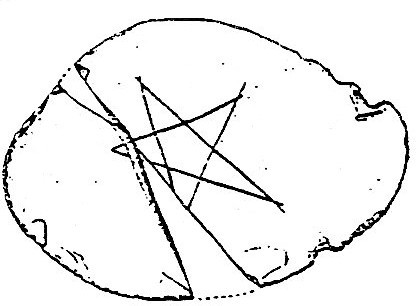 Figure 2. A sketch of the flint scraper from Tell Esdar in the Israeli Negev desert, depicting a pentagram.

The group of people that truly elevated the five-pointed star to the status of a more universal symbol was composed of the followers of the Greek mathematician Pythagoras. Through Aristotle we learned that they "applied themselves to mathematics, and were the first to develop this science; and through studying it they came to believe that its principles are the principles of everything." Even though the Pythagoreans had a rather mystic understanding of reality, there is no doubt that we can see here the roots of mathematical modeling of the universe and its workings. The second century rhetorician Lucian tells us that the pentagram "was a recognition-symbol amongst the Pythagoreans, and they used it in their letters." He also adds that: "Indeed the pentagram, the triple intersecting triangle which they used as a symbol of their sect, they called 'Health.'" Why did they choose the pentagram, and what is its relation to health? Historian A. de la Fuÿe speculated that the pentagram could have originally been an anthropomorphic symbol of Hygeia, the Greek goddess of health (Figure 3). While the connection appears tenuous, it shows the level of interest that the five-pointed star has generated over the years.

Figure 3. A speculative association between the pentagram and Hygeia, the Greek goddess of health, was suggested in 1934 by historian A. de la Fuÿe.

To conclude, the allure of the heavens has combined with mathematics and historical mythology to produce one of the most common symbols of modern times. Five-pointed stars appear today on the flags of no fewer than sixty nations, and on innumerable commercial logos. They represent authority (as in "five-star" generals) and excellence (as in "five-star" hotels). Our understanding of the processes that make real stars shine has not taken anything away from the attraction of the five-pointed star. Interestingly, telescope images of real stars usually show spikes. Those are not intrinsic to the stars, but rather are created by diffraction effects within the telescope's optics. For Hubble, for instance, as for many other telescopes, there are four spikes, but in the case of the upcoming James Webb Space Telescope there will be six.