On Wednesday September 16, 2015 at 4:23 p.m. EST, I tweeted that we had just reached "Peak Trump". I believe that was the moment "The Donald" reached his maximum appeal to the American public. I could have added something along the lines of, "and our long national nightmare shall soon be over"; although you only get 140 characters.

When it does end, we can only hope it will not have a lasting effect on the political and social discourse of our great country. Not only have we hit "Peak Trump", here are the five reasons I believe that "The Donald" will be done by December. Hopefully, we can then return to a more rational (if still not optimal) political process.

The Act Is Getting Old
Much like the Real Housewives of Wherever, and every single person in the Kardashian orbit, eventually the viewing public gets tired of the same thing. We all accept that Mr. Trump is a showman and he is treating our presidential race like his version of The Truman Show, but his storyline is not evolving. It is the same bigoted, blustery, simplistic, non-apologetic, vague routine. Sorry Donald, but the act is old, ticket sales are down and viewers are fleeing. By December, we will be ready for both the season and series finales.

He Simply Has No Policies
We are past the point in the campaign cycle when you can get away with platitudes and negative antics. People want serious answers to the serious challenges we face as a nation. They may be attracted to the destination, "Make America Great Again", but now the electorate needs to know the path. In the first few months of the presidential election cycle, catchy soundbites and name recognition drove ratings, oops, I mean polls. In a field of sixteen nominees, these things are even more important. The public (and critically the caucus goers of Iowa and the primary voters of New Hampshire), will start to demand answers. They will not accept, "I will replace Obamacare with something terrific." Compounding the issue is the fact that many of the positions Mr. Trump has taken in the past are antithetical to Republican primary voters. How will conservatives react to ads with Trump saying he identifies as a Democrat, he is pro-choice and Trump praising Hillary Clinton? By December the polls in the early voting states will reflect this need for actionable and clearly conservative policies.

Campaigns Are Won On The Ground
To sustain momentum in a long campaign you need a team, you need infrastructure and you need process. Campaigns are not won on momentum and force of personality. President Obama may have been the best orator and had a powerful message of hope and change in 2008, but he also had one of the most technologically adept and most experienced campaign teams ever assembled. Very few people of any substance have joined Donald's team. Without a campaign infrastructure gathering names and holding events; without neighbourhood and precinct captains; and without constant and targeted messaging on issues, a modern campaign can not sustain. By December the infrastructure of the real candidates will have knocked on neighbors doors and driven home the messaging and those boots on the ground will start to show up in the polls.

He Doesn't Actually Have The Money
The thing about the guy who says he has lots of money... he usually doesn't. First let's start with the $10 billion net worth Donald throws around. An actual analysis by Bloomberg Financial puts the number at $2.9 billion, still a lot obviously. But then there is the Debt. Trump is levered and all of his assets are encumbered (collateral for the loans he used to build/buy them). His disclosure to the Federal Election Commission lists $300 million in cash, securities and aircraft. We have all seen the aircraft, and they are expensive, leaving little actual cash on hand. A campaign needs cash to pay real staff, cash to build infrastructure, cash to run ads. Donald is clearly very wealthy, but he is not nearly as rich as he portrays. He simply doesn't have the money to sustain this charade for much longer. By December the bill will be getting too big and he will look for ways to pull the plug (maybe then realizing how much irreparable damage he has done to his brand, which he values at $3 billion).

He Won't React Well When He Is Not The Leader
Right now Trump is the center of attention, and he loves it. But when the above factors conspire to undermine his position in the polls, how will he react? Do you think he will show up to a debate when he is not center stage? Or, will he take his marbles and go home? When it becomes clear in December that he has a limited chance of winning Iowa and New Hampshire, will he want to subject himself to coming in second, third or even fourth? Absolutely not. He will probably say something like, "America is not ready to be great again" or "there will be too many entrenched interests against Trump". The sad thing is that he will actually believe what he says.

So, at some point during December it will all come together. Donald will be dropping in the polls as his act grows tiresome, his lack of policies start to hurt and as other candidates' machines start to matter. At that point, he will see how much cash he has spent and decide he doesn't want to play this game anymore as he is no longer winning. If only December could come sooner. 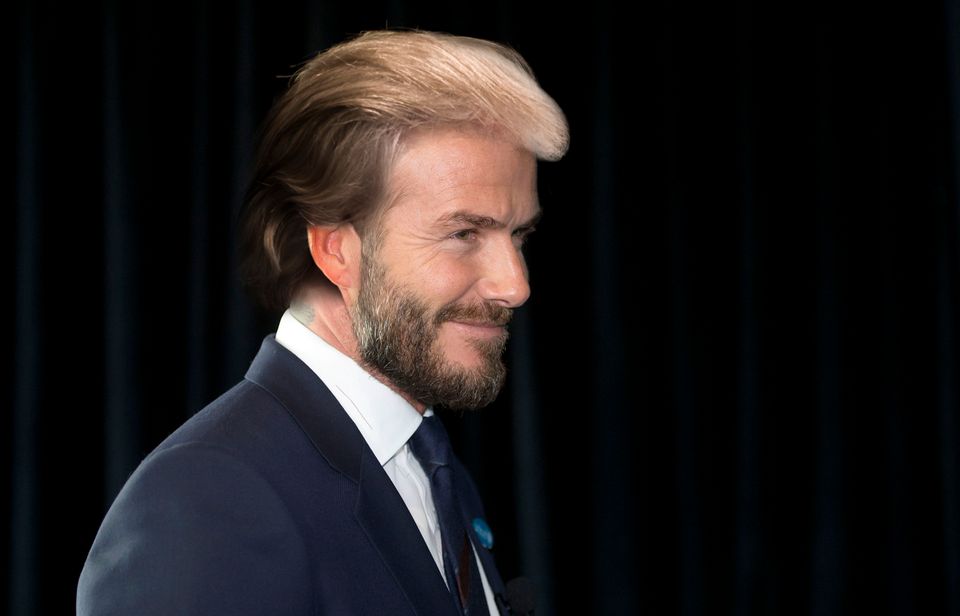