"The Flash" is coming to "Arrow." Below, get a sneak peek at "Grant Gustin as Barry Allen, aka DC Comics hero the Flash. 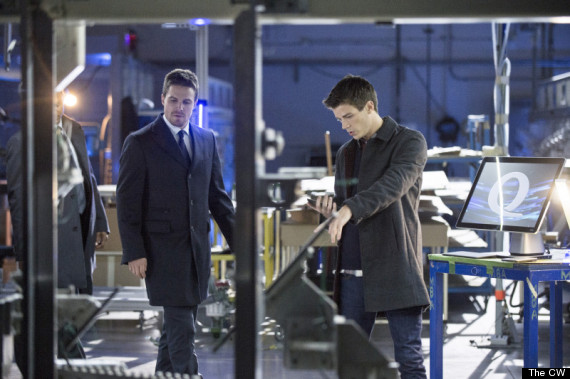 Gustin was originally set to appear in three episodes of "Arrow" with the third serving as a backdoor pilot for a "Flash" series on The CW, but that has since changed, according to Deadline. Now, the plan is to have Gustin appear in two episodes and headline a "Flash" pilot that will not air as an episode of "Arrow."

Gustin will appear in Episodes 8 and 9 of "Arrow" Season 2 as Barry Allen and not as Flash. Deadline reports the creative team for the "Flash" spinoff remains Greg Berlanti, Andrew Kreisberg, Geoff Johns writing the pilot and David Nutter.

Gustin's Barry Allen is a police forensics investigator hailing from Central City. The "Glee" star makes his "Arrow" debut on Wednesday, December 4 in "The Scientist."