The Florence Academy of Art is a premier, world-renowned institution for advancing the techniques of classical painting. Talented individuals have been traveling to Italy to seek out the school and it's teachings for over 20 years, in fact the FAA is celebrating its 25th anniversary next year by releasing a book of paintings and sculptures from the hands of those it has taught. What you may not know is that the Florence Academy of Art is coming to New York, in more ways than one. As the interest in paintings, which utilize skill based training and techniques has grown, the FAA is answering the demand with a new campus. 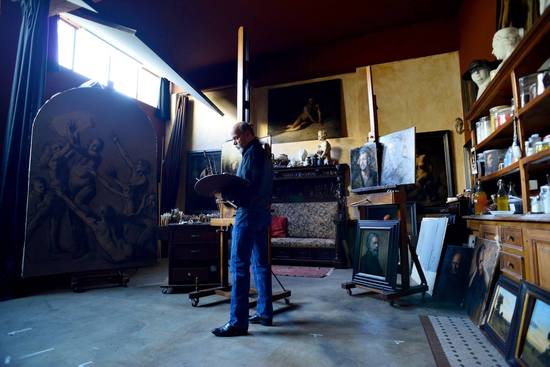 Daniel Graves in his studio in Florence, Italy. Photo by Alexandra Morris

Daniel Graves, founder of The Florence Academy of Art, traveled to Florence to seek out the skills, the techniques, the secrets of the Old Master's themselves. I have heard lots of people say they have sought out the techniques, but this man not only sought them out, he mastered them. He moved his family to Italy back in the 70's, when he was only 21, to seek out the secrets of the old masters at a time when instruction on such matters was very difficult to come by. He met Pietro Annigoni and he found what he was looking for, at least in part. "We only have some of the information that the Old Masters had, or even that the French school had, but the knowledge that we have collected and teach at FAA is substantial," he explained to me in a recent conversation. 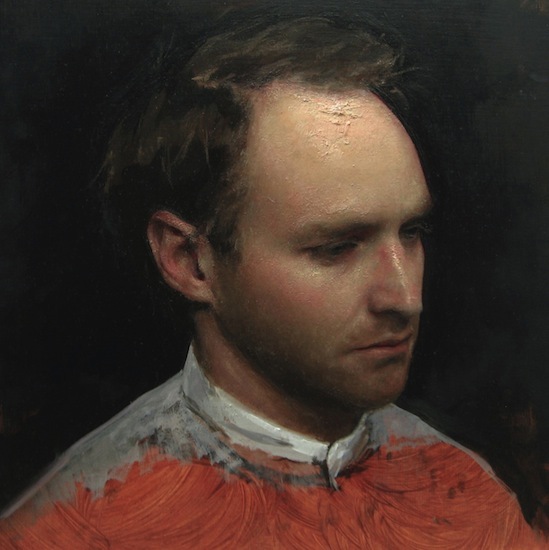 It became clear to Graves that Florence, with the lasting gifts of the Medici, it's natural beauty and sacred river, was the ideal place to start a school to keep the tradition of great painting and sculpture alive. He broke down the complex task of learning to draw, paint, and sculpt from life into gradual steps. In looking to the atelier system of training as a model, part of the academy's mission soon became forming the next generation of teachers. All of the academy's instructors are therefore trained in the philosophy, methodology and language of instruction of The Florence Academy of Art. They pass on a consistent and clearly delineated body of knowledge. 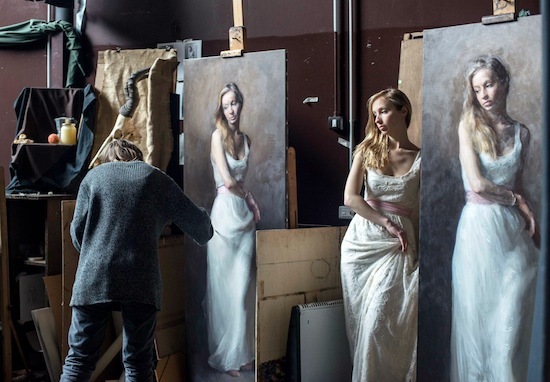 Students working from the model at the FAA. Photo by Alexandra Morris

The foundation's mission, is to fund projects by artists and scientists that illuminate and reveal truths and provide knowledge about the world we live in, and it's guided by the words of Leonardo Da Vinci: "Study the science of art. Study the art of science. Develop your senses and especially, learn how to see. Realize that everything connects to everything else" and "only through experimentation can we know anything."
The experiments are paying off. 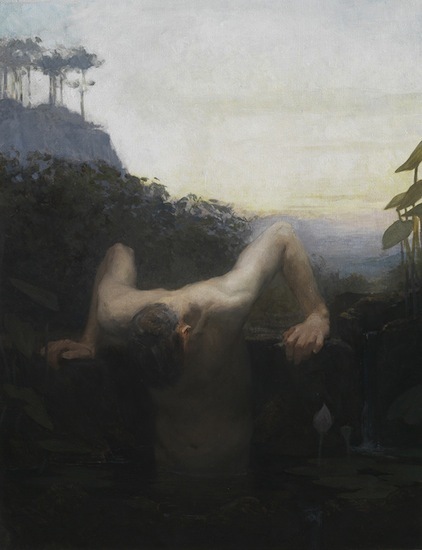 A select few of FAA's alumni have become teachers at the academy and will be participating in the show. Jordon Sokol, Hege Elisabeth Haugen, Jesus Emmanuel Villareal, and Daniel Graves himself will be exhibiting work among many others. The work is an exemplification, and one can hope, premonitory of things to come within the post contemporary super structure. It is a more than a bit scary to think that without FAA, and other schools, which did not exist a generation or so ago, the talents being nurtured here might have been lost. 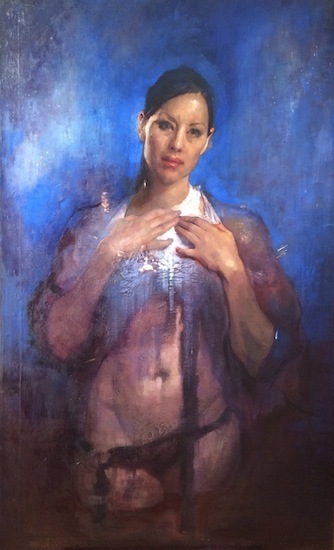 Wading Through by Hege Elisabeth Haugen

The Florence Academy of Art was accredited by the National Association of Schools of Art and Design in 2013. In addition to already existing campuses in Florence, Italy and Mölndal, Sweden the school has now established a New York Metro campus at Mana Contemporary In New Jersey. Director of the New York Metro branch is Jordon Sokol, who, along with his colleagues at FAA Metro, is trained in the methodology and philosophy that guides the Florence studio. The huge studio space along the north wall of the Mana Contemporary complex is set up as a replica of the Florence studio. With cathedral-esque ceilings and access to a variety of exhibitions, dance, a café, as well as marketing, framing, packing and shipping facilities all in house, students will be part of a large and vivacious art scene, and opportunities to meet the public. Mana Contemporary is easily reached by public transportation from Manhattan, and the surrounding neighborhood provides housing, shops, and services. There is lots of great Indian food as well as other international cuisine. FAA Metro opens it's doors there in January of 2015 to 20 select students. Applications can be found on their website. 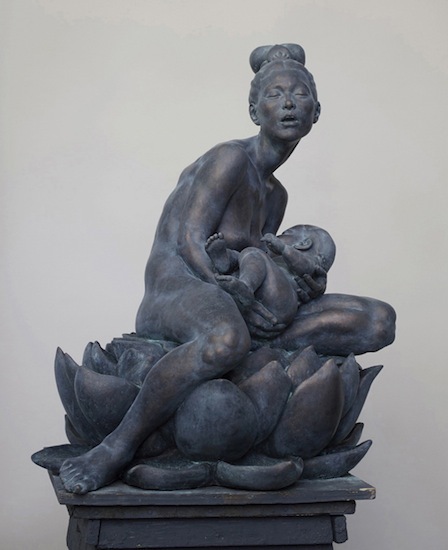 Manna From Heaven by Lori Shorin

When I heard about the opening of the Metro branch, Daniel Graves, Jordon Sokol and Susan Tintori were kind enough to meet with me and Richard T. Scott at Mana Contemporary and talk about the possibilities this opening presents.

Kralik: One of the criticisms I have heard of the Atelier Movement in general is that not enough attention is paid to philosophy. I have spoken with other ateliers, which maintain that their role is to transfer technique and provide a structure in which talented individuals can develop their skills, but with regards to the philosophy behind what they paint, they say that is beyond the scope of the Academy. Is this the thinking at FAA?

Graves: No, not at all. We talk about this all the time and have several professors who are specifically dedicated to the development of this philosophy.

Kralik: Many people I have talked to within the representational community feel that what we are talking about is much more than a "movement" or just another "ism", and that we are really referring to is an aesthetic transition, as a paradigm shift. Would that be a fair way of saying it? Do you agree with that?

Graves: Yes, I think that is a very good way of saying it.

Kralik: There is growing need now, in the world, for what you are doing and subsequently there is a philosophy behind it which can be discussed, but, how important is that? I mean, isn't it so that in the end, the painting or sculpture must stand on its own, without the discourse, without the words. In the end, isn't it the work that must stand on it's own, regardless of the path that a painter took to achieve the final result?

Jordon Sokol: No, I disagree with that. The intention is very important to the outcome of the work. The process is just as important, even more important than the final result. The time and effort it takes to create a work of lasting value, what an artist has to go through, to accomplish, just in order to be able to sit down to the easel is incredible. I think the process is invaluable to the masterpiece. 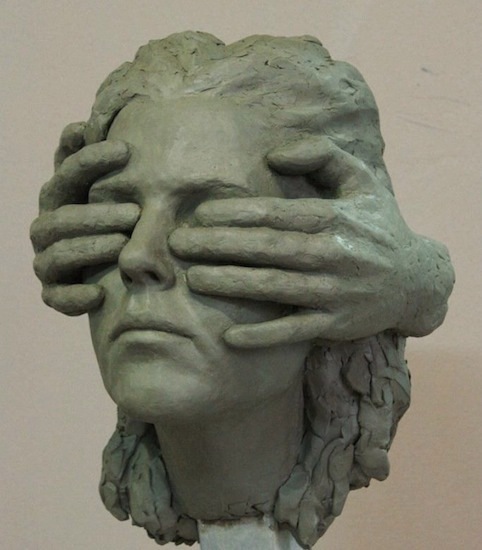 Self Portrait with Hands by Shani Shemesh

Graves: One doesn't just begin by writing poetry. One must start with words and sentences and develop the terminology first and then write the poem. The time that one takes with a painting is the meditation on the subject and that whole time spent is absolutely critical. What I see among too many artists is that they are focused so much on correctness that they end up with nothing of themselves in the painting. If you look at Rembrandt there are many things off a bit, an eye or a slightly awkward arm but it doesn't really matter. They are great because of what he put into them of himself and we connect with that. They are real, more than real.

Kralik: And this is something you can teach?

Graves: It is something we talk about. I have built the school from what I was given. A lot of the training comes to us from the 19th century French academy because it was what was available. I would have loved to teach the methods of the 17th century Baroque but there really is no clear written record so rather than guess as to what they did I based the teachings of FAA on a solid foundation of knowledge. It is not just about copying nature though, as artists we are asked to interpret the forms we are seeing and look to internalize what we see and I think that is a major difference. It is not just what is being taught but I like to discuss why it is taught. 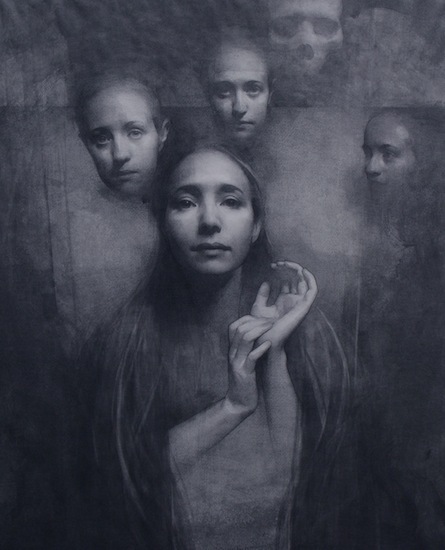 Other Voices by Stephen Bauman

Kralik: Why did you choose to open a school in the New York Metro area? Why New Jersey?

Graves: This adds an important dimension to the vision of the school. We will be able to offer workshops so it is easier for people to come try it out and see if this is something for them before making the trip to Italy. The close proximity of the new school to New York with its museums and galleries and other cultural events offer the students many opportunities to learn.

Kralik: Do you offer the same thing, workshops in Florence as well?

Graves: Oh yes! We have a special area set aside for them and they are often full right away as soon as we announce them on line. We will be offering workshops at FAA Metro as well. Having three schools will also give students the opportunity to move between the schools and attain a broader, more multi faceted education that will better aid them in their careers.

Kralik: And for FAA to be located in the Mana Contemporary building will further that. The in house opportunities for framing, packing, shipping, all of that will add to the knowledge that one needs to make a career out of it.

Graves: Definitely! We have our roots in the renaissance but we are moving forward into new territory, things are changing and I feel there is room for all types of art to co-exist. I am happy to be able to open up this possibility. I think FAA will help round out, help balance, the other programs that Mana Contemporary has going on there.

Kralik: It will be interesting to see how FAA fits into this modern environment. The dichotomy between the two paradigms we were discussing earlier will co-exist with in the scope of Mana Contemporary. I imagine that will lead to some pretty interesting conversations.

"Oh, it already has", Graves smiled. We all smiled at each other. This is progress. 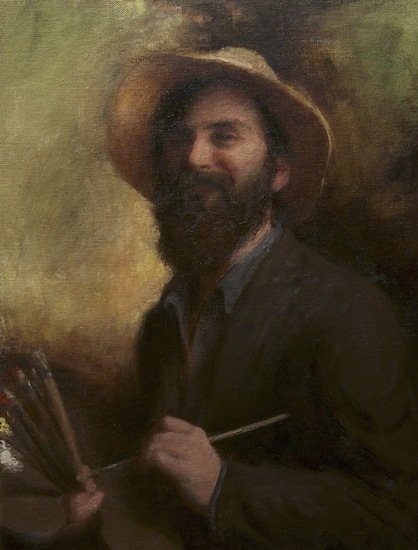 Self Portrait with a Smile by Richard Greathouse

The group exhibition of select work by Florence Academy Alumni, sponsored by The Richard J. Massey Foundation for Arts and Sciences will have its opening reception Friday Sept. 12, 2014 at its New York location, 601 West 26th Street, Suite 1385. The show continues through October 8th by appointment only.