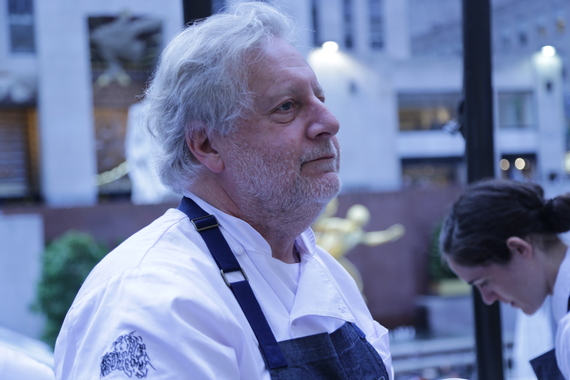 Take fifty chefs, many of them food gods, and line both the first and second floors of Rockefeller Center with tasting tables and their bounty of dishes, and you'll get Cheftopia: The 30th Annual Chefs' Tribute to Citymeals-on-Wheels. 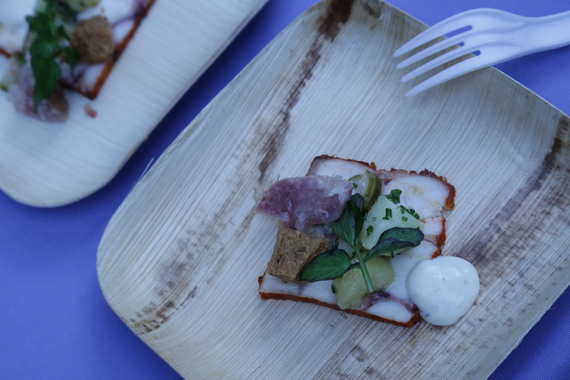 As I entered the plaza, I immediately saw Waxman and Forgione, and around the bend a tasting table helmed by Markus Glocker and Drew Nieporent (who earlier this year in Chicago took home the James Beard Award for "Best New Restaurant" for their Tribeca-based Batard). Their signature octopus pastrami called my attention.

Of the dishes I tried, Joachim Splichal's bold and colorful escabeche of yellowtail served in individual sardine tins, deserved applause. It was delicious and full of flavor.

Charlie Palmer's foie gras mousseline with bing cherries was also a favorite. Light and fluffy, it was beautifully smooth. And who could resist Francois Payard's tasting table full of macaroons? Each was accompanied by a wink and French charm. 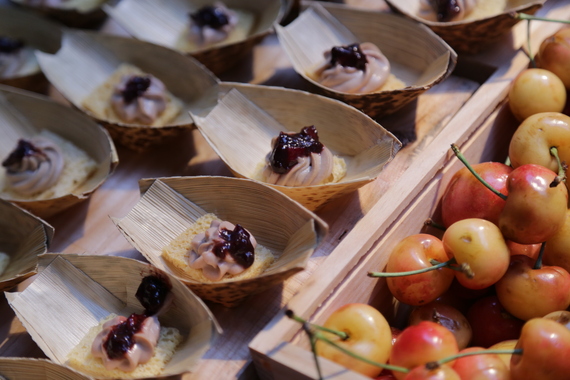 But no one was quite as magnetic as Alice Waters, who met my enthusiasm with a warm smile before resting her head on my shoulder.

We posed for a photo and before long, I heard Gael Greene (the organization's Co-Founder) ready the crowd for a brief party intermission. I happened to make my way down to the lower floor of chefs before the events founding members had made their way upstage to the podium.

Before long I had eaten my way through plates of fried chicken and smoked bacon waffles from the Rainbow Room, fall off the bone spiced lamb ribs from Park Avenue Summer, tongue tacos from Iron Chef Marc Forgione and a green chili risotto full of sprouts and a bouquet of vegetables from Jean-Georges Vongerichten.

It seems when the food gods come out to play, the only appropriate form of worship is to eat.