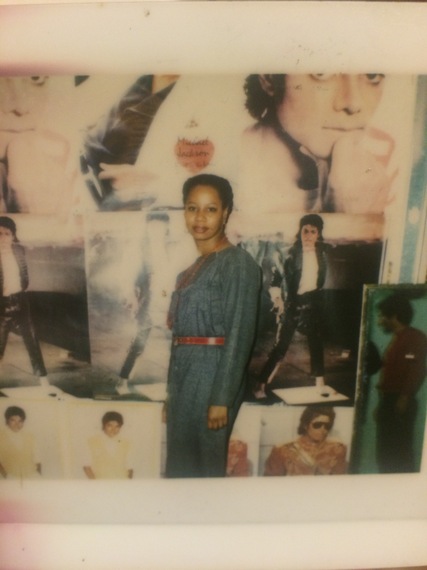 My mother when she was younger

Overbearing and at times, shrewd commentary from guardians, is usually deemed unnecessary and partially the cause of juvenile demise.

The relationship I had with my mother was no different.

I was raised under rather strict circumstances, which in hindsight was necessary, considering I spent most of my childhood in Brownsville, "never run, never will," Brooklyn. But in true rebellious fashion, my mother's tactics often fell on deaf ears, which generally lead to a sore behind. 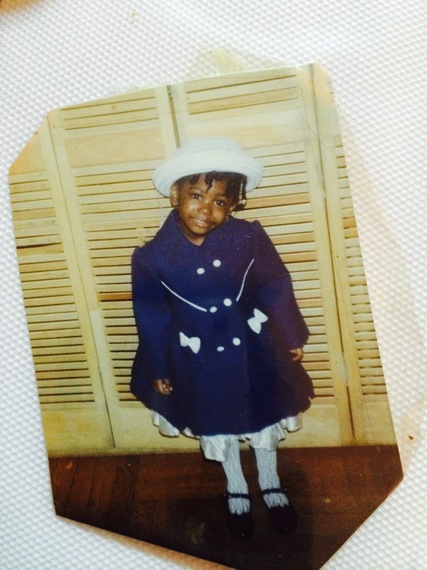 "The warden is coming," my grandmother would say through a smirk as I painstakingly flipped through the pages of my incomplete homework in a scramble. It was one of the many nicknames my mom acquired throughout the years, along with "The Rock," "San Rock" and most commonly, Sandy. She was known for her moxie, relentlessness and "take no shit" attitude. But just as she was stern, she was nurturing. For every butt whooping I got, she accompanied me to every concert, play, and tournament. At 37 years my senior, we weren't the closest, but she was my support system, my caretaker and my number one fan.

However now at age 25, during the most pivotal stage in my life, I feel the most alone. My mother, although physically present, cannot reassure my doubts as she can barely remember her birthday, let alone my own.

I was a rising senior in high school when my mother had her first psychotic break, and she was well on her way to becoming an ordained minister. A little known fact about my family was our heavy involvement within the church. My mother was as committed to her faith as she was to my own well-being, and most of her leisure was spent listening to or reading the gospel. I found her faith admirable and as her only child and shadow, I followed her lead. I was a lead singer in the choir, an usher, a praise dancer, a participant in most programs and even taught a sermon or two. 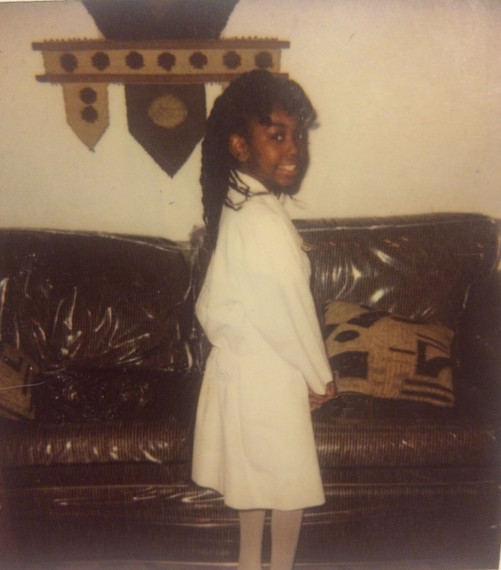 Me dressed in my church usher uniform

We were on our way to a Tuesday night service when she told me she quit her job. I overheard countless discussions regarding tension at her workplace, so I thought nothing of it prior to our arrival to church. But upon entering the sanctuary, my mother made her way to the pulpit in cool, calm and collected strides, and proceeded to sit in the pastor's chair. As this was no short of a blasphemous act, I watched from the pew in utter shock. I didn't have the answers and apparently neither did the church because we were escorted out.

Her decade of commitment meant nothing in that moment of treason. She was downgraded to a Judas just as sudden as we were out on our ass. My pastor attempted to inform my family and me of my mother's "sporadic" behavior in the weeks following, but where was that concern when we were cast away? A cry for help was overshadowed by a need to protect the church from the very thing we came to the sanctuary to flee.

Over the next month, I bared witness to my mother's overactive imagination. My father and I were encroaching on unfamiliar territory and like many black families, refused to acknowledge her actions for what they were. Though her random bouts of screams, fully clothed showers and physical altercations with "spirits" were dubbed outrageous, our ignorance left us at a loss for words. My mother's clan of siblings tried their best to intervene but to no avail. Then suddenly, it stopped.

"Bianca, I went away for a while but I hope you didn't do anything you weren't supposed to," she said. I nodded in agreement and my family swept her episode under the rug. 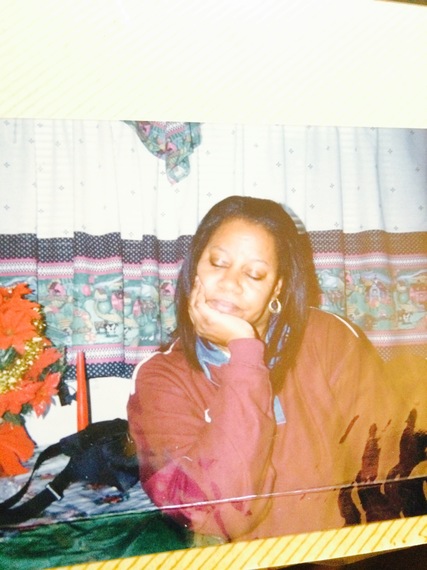 A photo of my mom that we caught while she was sleeping.

In the years to come, I would notice her subtle memory loss and withdrawal from everyday activities. I attributed it to elderly oversight. However, when her pattern of repetition and disorientation exceeded the norm, I pleaded with her to seek medical help. She shrugged it off in frustration and reassured that our God was a healer.

In 2013, my mother was diagnosed with an early onset of Alzheimer's Disease. At 60-years-old, she had little to no recollection of the last 15 years. Changes in the brain related to Alzheimer's begin years before but such an early onset, according to her neurologist, can be caused by mental trauma.

We are all too familiar with the stigma of mental illness in the black community. Unlike physical ailment, it is seen as a controllable weakness curable with a dash of prayer and righteous neglect. In the early years, before my mother's diagnosis, her family characterized her outbreak as "spiritual warfare." Some even went as far as blaming her condition on my father and me, rather than confronting the signs of mental impairment.

The National Alliance on Mental Illness reports that 1 in 4 adults in the U.S. experience mental illness in a given year. According to the U.S. Department of Health and Human Services Office of Minority Services, "African Americans are 20% more likely to report having serious psychological distress than non-Hispanic Whites." So it begs the question, why do we ignore the signs and choose to suffer in silence when evidence proves the odds are stacked against us?

African Americans are renowned for our resilience in the face of tribulation. We thrive in our "strong black woman" cloak of honor and hold our religion in the utmost regard because "God got us out of slavery" and "if black people could get through slavery, we can get through anything." The most common misconception is the belief that we are immune to mental illness and that religion is a universal remedy. These ideologies have normalized our suffering and continue to alter our perception of mortality.

A 2008 study found that African-Americans actively seeking treatment didn't feel comfortable talking about their mental health with family members in fear of being called "crazy". Another cited by the American Psychiatric Association said that 85% of African-Americans most commonly deal with stress through prayer.

Don't get me wrong - faith is important, even necessary in my opinion, but not at the risk of your well-being. My mother (and our family) neglected her health due to societal misgivings, but mainly due to guilt and embarrassment. At a recent health summit, First Lady Michelle Obama challenged the indignity in seeking professional help when needed. "There should be absolutely no stigma around mental health," she said. "It's time to tell everyone who's dealing with a mental health issue that they're not alone, and that getting support and treatment isn't a sign of weakness, it's a sign of strength."

Currently, my mother is in the moderate stages of Alzheimer's and has since been diagnosed with traces of Parkinson disease. Her motor skills are steadily failing along with her memory but on a good day - San Rock still reigns supreme. Our conversations are simple and repetitive but hearing her voice comforts and soothes my woes. Her hugs, although weak, are reminiscent of my childhood idol and woman of the year. Nevertheless, I miss "the warden," a lot.