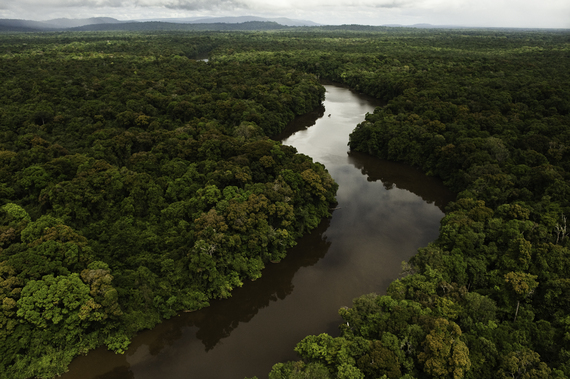 When we think about causes of climate change, we think smokestacks and tailpipes. Google "solutions for climate change" and you might get recommendations to change your light bulbs, recycle and travel less. Yet a major driver of global warming consistently goes under the radar: the destruction of natural ecosystems, especially rainforests.

Forests, it turns out, are heavy hitters in atmospheric cycles. Through photosynthesis and respiration, trees and other plants take in and release gigatons of carbon annually. Earth's forests are literally made of carbon, a dominant component of everything from branches, foliage and roots to leaf litter, soils and peat deposits. Spread that over millions of square kilometers and one can begin to comprehend this astonishing fact: The Earth's remaining forests contain about 860 billion tons of carbon -- more than the entire atmosphere.

But there's a catch: Forests only store that carbon while they're standing.

Since 2000, we've leveled a net 1.5 million square kilometers (about 579,000 square miles) of forests. In Indonesia, Brazil and scores of other countries, forests are cut for timber or fuelwood, cleared for grazing cattle or planting crops like oil palm, and crisscrossed by new roadways.

All told, deforestation continues to be among the greatest contributors to climate change, causing a staggering 11% of all human-caused CO₂ emissions -- more than all passenger cars combined. And in the past decade, the rate of tropical forest clearing has accelerated by an estimated 2,000 additional square kilometers (about 770 square miles) each year. 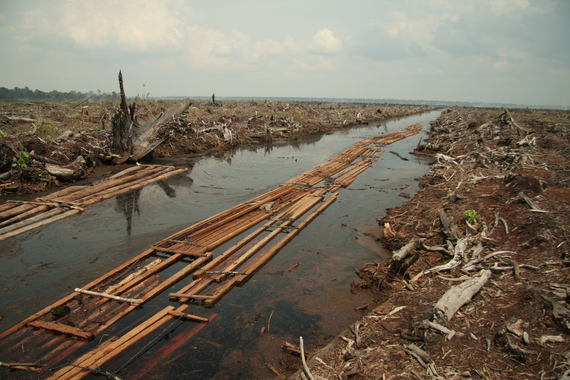 With no consistent reductions in deforestation and no effective global climate agreement, we're headed in the wrong direction. Instead, we need the actions of countries, companies, individuals and communities to treat tropical forests like the life-support systems they are.

Doing so depends on understanding two things. One, that the only acceptable level of emissions from destruction of rainforests is zero. Two, that achieving that ambitious goal is not just essential, but possible.

Part of the answer lies in the international policy arena. True, the world has watched in disappointment as years of international policy discussions have failed to create a shared plan to tackle climate change. Yet recent developments, including billions in financial pledges as well as the agreement between emissions giants China and the U.S. to limit carbon output, have given many people hope.

This week all eyes will be on Peru as world leaders attempt to steer toward a new global climate agreement that is due by next year's meetings in Paris. There may be no more important place on the planet right now for discussing atmospheric CO₂ concentrations than a country that is more than half rainforest.

We need a climate agreement that includes incentives to reward countries and communities for reducing emissions from deforestation and forest degradation. Such a mechanism, known by the acronym REDD+, is essential to empower governments and communities in rainforest nations as part of the solution to the global problem of climate change.

Any climate agreement must encourage not only an effective REDD+ mechanism but sufficient funding to ensure that it works and does not simply shift the burden of a global problem to local communities -- who in many cases are paradoxically among the least responsible for climate change yet the most vulnerable to its impacts.

Getting REDD+ right isn't simple. Naysayers have noted that government corruption and difficulty in monitoring make it impossible to ensure that incentive payments reach the right communities or that meaningful changes in emissions actually occur.

Yet these are challenges that can be solved, as evidence from Peru itself attests. In San Martín, CI has worked with the Peruvian government, Disney and local partners to kickstart one of the world's first verified carbon projects, including emissions reductions that are tracked over time by on-the-ground data collection and satellite imagery. 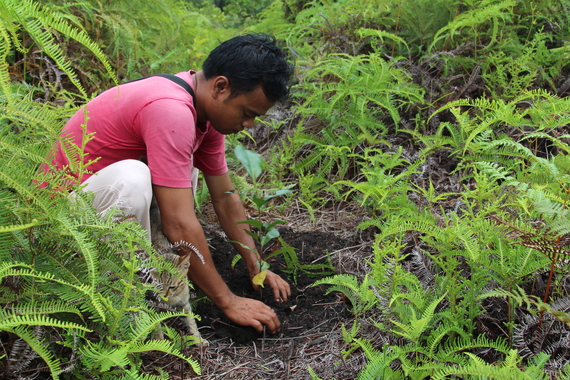 But international policies alone won't be enough to solve a problem as complex as climate change. We also need to let loose the ingenuity of companies, investors and enterprising governments in finding their own ways to tackle deforestation.

September's climate summit in New York saw a flurry of promising progress. The governments of Peru, Norway and Germany hatched a partnership to make Peru carbon-neutral within a decade. Companies like Kellogg's and Nestlé pledged to slow destruction of tropical forests by changing how they buy soybeans, palm oil and other commodities. These innovators are seizing climate change as an opportunity to show leadership as well as act in their own enlightened self-interest. This must continue -- and we need much more.

Reducing carbon emissions is the most visible climate mitigation strategy, but a major challenge lies in the carbon we've already put in the atmosphere. Since the Industrial Revolution, carbon pollution has raised atmospheric CO₂ concentration from about 220 parts per million (ppm) to more than 400 ppm; 350 ppm or less is needed to limit the most severe consequences.

Although technologies are emerging to remove the CO₂ that's already in the atmosphere, right now forests remain the only means for doing this at scale. By restoring forests on previously cleared and marginal areas in the tropics, we could remove half a gigaton of carbon from the atmosphere annually, more than the emissions of all cars in the United States combined.

The more scientists look, the more we understand the innumerable values of tropical forests to people. Forests supply fresh water that irrigates crops and powers hydroelectric dams, even as they slow the torrents that cause some floods and mudslides. They directly support more than a billion people with fiber, shelter, food and livelihoods. They are the source of many of our most potent antibiotics and other medicines. And one in two species on the planet calls them home.

The opportunities to harness tropical forests as nature's climate change solution are essential and immediately available, but disappearing. We must act now.