Have you ever tried to achieve a Buddha like level of enlightenment? I tried once and lasted less than 24 hours. Too many other distractions were getting in the way, like my work commitments and a real estate purchase I was trying to close. Unfortunately, a true state of enlightenment requires a level of concentration and detachment few would ever succeed at. But I kept thinking about it, for to have a peaceful mind at that level sure sounded appealing. In the end I concluded that I would have to trade away too many "things" that I held important -- I would be left naked and it was too big a risk. At the center of it all was the real question of who I would be without all those things? And that got me thinking about the duel concepts of identity and attachment.

Identity, defined as the condition of being oneself and not another, is unique to humans. As individuals, we are not content being just another ordinary zebra in the herd. We humans are constantly trying to distinguish ourselves from the rest. We attach our identity to groups, in the cultural religious and societal sense. But we also strive for our own individual identify. We measure individuality and rank it in a number of ways, from job title, income, social status, material possessions, celebrity, or right down to the year and make of the car we drive. We are continually jockeying with some or all of these things to somehow differentiate ourselves from our 7 billion peers.

Individuals with high disposable income are prone to suffer more from this condition than the rest, well, because they can. It seems that as we become either wealthier or more powerful, a bizarre competitive behavior comes into play and the tendency to attach our identity to things, titles or celebrity, intensifies. The more we have, the grander we believe we are. It makes us feel truly unique in the herd, and then we spend the rest of our lives trying to either maintain that ranking or better it. We all play it to a certain degree, because truthfully, it's a bit scary to be just another naked zebra. We see examples of this competition every day: the richest man in the world, the 50 most powerful individuals in a city, the sexiest celebrity. Of course, these are the extreme examples of identity attachment, but the psychology is relevant all the way down the food chain. 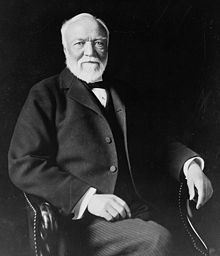 The good news is that identity attachment can also shift during a lifetime and sometimes in a very positive or rewarding ways. If you take a moment and think of Andrew Carnegie, the great 19th century philanthropist, I will venture to guess that most readers would not be able to recall how he made his fortune. We all know him as a great philanthropist who gave away 90% of his massive wealth and inspired others to follow his lead. (It was steel, by the way). I will also bet most of you won't recognize the name Jay Gould, a famous business contemporary of Carnegie who chose not to give any of his money away. Now, he's just another dead rich dude in the history books.

I have fought my own personal battles with identity and attachment over the years with material things and title. Firstly, I have been a collector. It gave me a sense of security to own things of rarity and value and to be able to talk to my guests about this item or that with some air of knowledge. But as I am getting older, I am starting to feel like one of two characters in two great movies I have seen numerous times over the years; Big Daddy in Cat on a Hot Tin Roof and Charles Kane in Citizen Kane. Both reached the ends of their lives either alone or miserable. The clever props used in both movies to depict the futility of the lives they'd led were the massive collection of "things" they had both accumulated. It was a powerful image in both movies and it has always resided somewhere in my conscience.

I have also had experience with the "other" identity loss. Title; I was once the CEO of a very successful investment bank. My days were full of meetings and calls and I was the source of financing and advice for many dreams and business plans. I felt important. Then, one day, I made a decision to leave that industry, as I had grown tired of it. I recall telling my partners on a Friday morning that I was done, effective immediately. By Monday morning my phone stopped ringing, no one needed to meet with me. It was sudden and eerie. I was no longer CEO of that firm. I was just Frank. I wouldn't be of use to the people in that world any longer and it seemed I had lost my identity. Like Moses exiled into the wilderness, it took a while to adjust, and I have to admit for a while I had no idea how to feel about myself. Then came my introduction to philanthropy. A couple of amazing things happened. For the first time, I was not only proud of my work, but really at peace with this new identity. It felt right. Moreover, it felt permanent. This was something I knew I would do for the rest of my life. Truly, my life's work.

Most of us try to better ourselves as we grow older and some also work even harder at trying to figure out the meaning of our lives, things like purpose and peace. In Eastern philosophy, the word that describes detachment (mostly from material things) is Vairagya. It originated from Hinduism, but is practiced in varying degrees in Buddhism and Jainism. It is one of the most important achievements if one is on the path to true enlightenment, something the Buddha perfected.

Dear rich people, let's face it, it's highly unlikely that anyone of us will reach the level of enlightenment that the Buddha achieved. We should accept that we are flawed humans and as such we will have a tendency to use material things or status and the like to attach our own identity to. All I am suggesting is don't be boring about it. Why not use that need to stand out for philanthropy or purpose? It will bring you pride, peace unlike anything you have ever done. I promise that it will give you and your kids bragging rights that are far more interesting to talk about at cocktail party. So instead of ending up miserable like Big Daddy, trade in that yacht, a painting or some of the excessive bling for an initiative that will change the lives of countless people. Use your need to stand apart from the herd to do amazing things. And then go tell all your peers you are a philanthropist. It's ok to show off the brand new you.