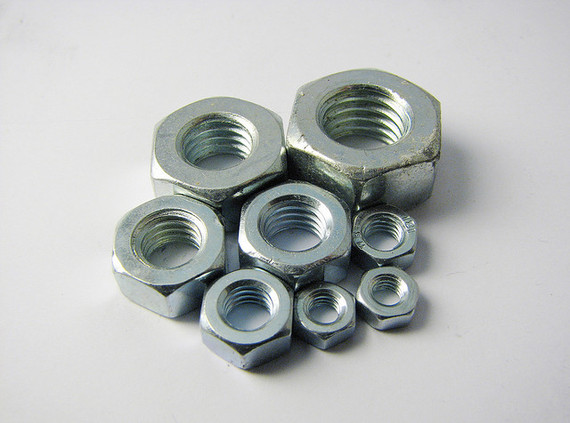 Ross Baird, Executive Director of Village Capital, and Joseph Steig, Senior Advisor, Curriculum and Instruction, wrote the following post in conjunction with The Lemelson Foundation, who celebrated their 20th anniversary this past week.

It seems like starting a company has never been easier. And for software startups, that's probably true. But what if your business is hardware-based?

In the last decade, entrepreneurial leaders have created dozens of open-source startup courses. Many stem from the popular "lean startup" methodology, developed by Steve Blank and Eric Reis, based on the idea that startups achieve "product/market fit" best when they develop a "minimum viable product", test it with customers, and iterate quickly towards a product that truly solves customer needs.

At my firm, Village Capital, we've incorporated elements of this thinking into our curriculum, emphasizing hypothesis testing as a key tool for startups to test their ideas with customers and move forward on their products. What we've found is that this customer discovery process, influenced as it is by its Silicon Valley origins, is tuned for software companies.

But what if your business isn't software-based?

Over the last five years, Village Capital has developed a unique process for supporting all types of entrepreneurs--peer-selected investment. Our core thesis is that when entrepreneurs make seed investment decisions, it creates more effective businesses.

In our work we've seen that software companies and hardware companies differ greatly in their capacity to iterate towards product/market fit. When software and hardware companies evaluate one another in our program, we have to make sure they appreciate their differences. For example, a healthcare software company could have 50 people test its prototype inside a week and quickly refine their product. A medical device company on the other hand can't do this customer discovery process in the same way for many reasons, including that hardware takes longer to create and testing of a prototype is likely to be highly regulated.

The majority of entrepreneurship training and investment focuses on the relationship between the entrepreneur and her or his product with the customer. However, with hardware companies, building a relationship with tangible products is more complicated.

While software entrepreneurs can readily understand a market--and pivot swiftly by radically changing the product if they don't--hardware entrepreneurs struggle to find product-market fit as rapidly. Hardware companies face the challenges of (a) creating a tangible prototype because of the complexity of design, manufacturing, and usability testing and (b) iterating on their product after they do get customer feedback because expensive and slower product iteration relative to software. Finding product/market fit simply isn't as quick.

Further, improperly engineered hardware can literally put people's lives at risk. No one was ever harmed by testing a website. And finally, software can be easily distributed to anyone, anywhere. Hardware can't. A physical prototype can be demonstrated by video but seeing, handling, physically inspecting a product--and having potential customers actually use it--is often critical.

We've also been lucky to learn from other great organizations such as Greentown Labs, BOLT, BSP Fund, and VentureWell in the US, GearBox in Kenya, and Villgro in India--all of which have extensive experience with hardware--to develop a better understanding of the challenges unique to hardware companies.

Through our work, we've identified four principles--our "Four Ps"--for anyone who wants to support hardware companies to follow.

Identifying whether the inventor can also be the CEO is central to supporting hardware-based companies. Sometimes, this is the case--like Johnny Park, CEO and inventor of Spensa, a precision agriculture technology company in our portfolio. But more often the inventor is an engineer or a university professor with a passion for the product--but little interest in running the business.

We have been working on ways to help teams evaluate whether the inventor should also be the CEO. In September, we started testing with the Gallup organization a method to help a national group of inventors in water technology identify their strengths and gaps.

In addition, while the concept of "mentorship" is core to nearly all entrepreneur support programs, we see an absence of discussion about access to the right kind of mentors for hardware entrepreneurs. The critical advisors for hardware startups understand not only business, but the specifics of the domain/product sector of the specific company. This is critical at the business level to understand product/market fit, at the production level to understand manufacturing and supply chain and at the technical level to figure out how to make products work. Smart generalists are helpful, but not enough.

Finding the right "people" requires a well-defined framework of analysis, honest and transparent conversations about early management, and sufficient support to the inventor in building and resourcing a team.

Even though new technology has significantly reduced barriers to hardware prototyping, it's still an expensive and time-consuming process. Testing a prototype and further, designing it for manufacture is challenging but critical in bringing a new hardware product for market.

Capital restricts hardware companies in ways that it does not restrict software companies. "Bootstrapping" as a hardware company, when entrepreneurs need raw materials, lab space, and manufacturing capacity, is much more cost-intensive than writing code.

Fortunately, resources exist for hardware entrepreneurs. People who want to support "impact inventors" must be aware of grants and non-dilutive funding from government agencies such as USAID-DIV, SBIR, and NSF-I-Corps, along with support from organizations such as the Shell Foundation and VentureWell's E-Team grants and training program. Grants for prototype development play a disproportionately important role for hardware startups.

We define "place" in two ways.

First there's the physical space where inventors can make and manufacture their prototypes. While co-working spaces are becoming ubiquitous, maker-spaces are less common, especially internationally. Inventors need access to facilities like BOLT, Greentown Labs and Gearbox, along with labs such as NREL in Colorado and Los Alamos/Sandia/US Air Force Research Labs in Albuquerque.

Second, there's geographic location. Three-quarters of startup investment in the U.S. goes to three states--California, New York, and Massachusetts. While software entrepreneurs tend to cluster in software hubs, we have found that inventors are disproportionately dispersed. They may be emerging from specific engineering and manufacturing clusters or be tied to research labs but often they don't have sufficient engagement from a surrounding business community. Some of the best invention-based businesses in our portfolio come from places like Purdue and Oklahoma State, solving problems in agriculture and energy that emerge from those locations. Such problems are not "native" to MIT and Stanford. Investors interested in hardware need to think more critically about opportunities to source deals outside of the software hubs.

One opportunity is that specific cities and regions have assets of particular value to invention-based businesses. For example, we've been working with the city of Albuquerque to take local expertise in water technology--and the largest pool of brackish water in the US--to support inventors working on water sustainability. Potential mentors in such communities with sector expertise are often not used to supporting entrepreneurs in their communities. One of our challenges and opportunities is to make these connections.

People who want to support invention-based businesses need to pay attention to the place that the inventors are coming from--product/market fit has a place-based component.

Regulatory issues have a dramatic effect on invention-based businesses--and navigating this landscape is challenging. Policy and regulatory issues can have dramatic impact upon sales processes and profound business strategy implications--from the IP registration of a single company to the regulatory framework of a company's value chain. Yet, few inventors initially pay enough attention to that link--and few entrepreneurship programs highlight policy. We have found that working with our companies to provide more specific policy guidance has significantly paid off.

People who care about invention-based businesses need to pay attention to the IP and policy gaps--and help entrepreneurs close them. Further, as noted, hardware isn't as transportable as hardware. This constraint introduces other hurdles such as trade tariffs that hardware companies have to face and software companies don't. Ultimately, this aspect of policy affects where hardware is manufactured, how it is supplied, and its distribution chain--a critical consideration both for how the hardware gets to the customer and the impact the production of the hardware has. An understanding of manufacturing and trade policy is far more important for hardware than software.

The world has a long way to go to support invention-based companies at the same level as software ventures, but the new trends are promising. On our part, this fall we are working with The Lemelson Foundation to pilot a new curriculum specifically targeted at invention-based businesses.

We encourage investors everywhere to understand the impact--both in production and distribution--that hardware companies can to have. By addressing the "Four Ps," we can take a huge step forward toward creating a new generation of inventors worldwide.