Last year I traveled to Western Pennsylvania to talk with people living next door to fracking operations. One man showed me the home he built for his wife and three sons on a quiet country road. They loved their rural lifestyle until representatives from an energy company showed up and said they had the right to drill for natural gas beneath the property. Soon a steady stream of trucks arrived with fracking fluids, giant generators, and other heavy equipment, and workers built a large drill pad next to the house. To top it off, the company stationed a security guard right in the middle of the family's yard.
Many people I met on my trip said they felt displaced on their own property once energy companies move in. They aren't alone.

America is in the midst of dramatic spike in oil and gas development. Aided by new fracking techniques, companies are drilling record-breaking amounts of land, including in our backyards and wild places. Once drill pads are built, these places become vulnerable to pollution, toxic spills, and permanent scarring.

America has a choice to make. We can stand by and watch energy companies industrialize our beloved landscapes. Or we can create smart safeguards that hold companies accountable for pollution and put sensitive places off-limits. But we have to decide quickly, before oil and gas companies make the choice for us.

The current scale of industrialization is astonishing: As of the end of 2011, at least 141 million acres of American land were under lease by 70 of the largest oil and gas companies. That's an area the size of California and Florida combined and more than 6 percent of the country.

In Pennsylvania alone, companies have permits for more than 12,000 unconventional wells. Each well requires a web of infrastructure, making the industrial buildup even larger. The 949 natural gas drilling sites in Pennsylvania's Washington County, for instance, resulted in more than 172 miles of new roads and 134 miles of new pipelines, according to the US Geological Survey. 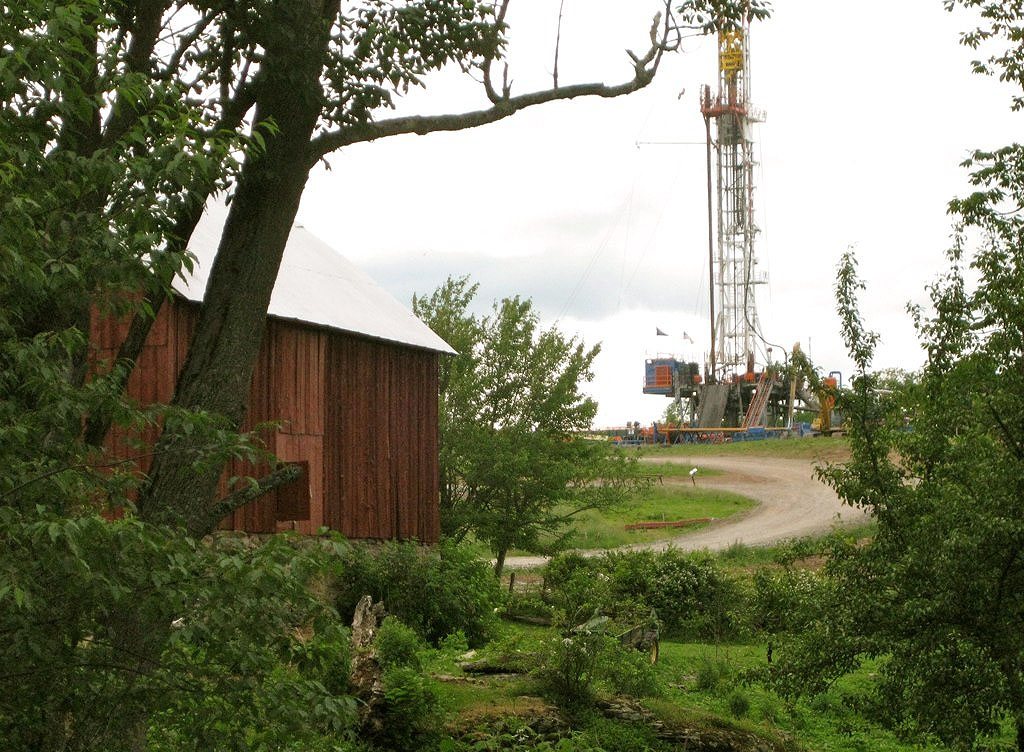 Much of this development is happening at breakneck speed. In 2007, the Bakken Reserve in North Dakota included 457 wells and produced 7 million barrels of oil. By 2012, oil and gas companies were drilling between 2,000 and 3,000 new wells a year. the state had 3,354 wells generating 127 million barrels of oil. The North Dakota Oil and Gas Commissions predict that 35,000 to 40,000 new wells will be drilled and fractured in the region over the next two decades. Already the oil patch is so heavily developed you can now see its lights and its natural gas flares from outer space.

But even as the amount of drilling accelerates, government safeguards have not kept pace. Companies have exempted themselves from bedrock environmental laws, and states have responded with a patchwork of weak standards and limited enforcement. Our communities and our health pay a steep price.

Just this week, the Los Angeles Times revealed that staff at the Environmental Protection Agency believed that methane released during drilling "and perhaps during the fracking process" may have resulted in "significant" damage to the quality of a drinking water source for 19 families in Dimock, Pennsylvania. Yet the agency never shared that possibility with residents nor made that interpretation public.

The Obama Administration, meanwhile, has failed to match its so-called All of the Above energy strategy with a plan for conserving America's natural heritage. Between 2008 and 2012, 6 million acres were leased for energy development but the administration only protected 186,077 acres. President George W Bush preserved nearly 750,000 acres, and President Clinton preserved more than 9 million. As Former Secretary of Interior Bruce Babbitt said earlier this year, "Americans expect their public lands to supply more energy for today, but they also expect more parks, wilderness and open space for tomorrow. And that balance, between development and land conservation, is not being maintained."

America can do better than this. And we must. That is why NRDC opposes expanded fracking until effective standards are put in place -- including safeguards that hold polluters accountable and put the most sensitive lands off-limits to drilling. Right now we are calling on the Bureau of Land Management to strengthen the woefully inadequate standards it proposed for fracking on millions of acres of national forest, wildlife refuges, and other public lands. Click here to tell the BLM to protect our wild places from the hazards of fracking.

If we don't act, oil and gas companies could alter our landscapes in ways we can't repair. They could permanently despoil beloved wildlands like the stunning redrock canyons in Utah's Book Cliffs. And they could bring toxic air and water pollution into our backyards and neighborhoods. Now is the time to decide what kind of landscape we want to leave our children.