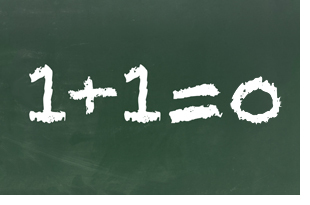 At 11 AM on the morning of June 15, Senator Chris Murphy of Connecticut began a filibuster on the Senate floor in the wake of the Orlando mass shooting that claimed 49 lives. The objective of Senator Murphy's marathon speech was to secure Senate votes on two gun control measures: a ban on gun sales to suspected terrorists -- the so-called "No fly, no buy" measure, as well as an expansion of background checks to include gun shows and Internet sales.

By the time Senator Murphy ended his filibuster 15 hours later, an additional 12 Americans had been shot to death.

There was no national media coverage of those 12 victims, so the circumstances of their deaths are not widely known. Were they:

A: Murdered by Islamic jihadists
B: Shot by assault rifles
C: Killed in mass shootings
D: None of the above

The correct answer is "D: None of the above."

Though mass shootings like Orlando are shocking and grab headlines, the reality is that a very small percentage of American victims of gun violence die in mass shootings. Though the 49 who died in Orlando have the country's full attention, it is the actually 12 who died during Senator Murphy's 15-hour filibuster that hold the skeleton key to gun violence in America.

Depending on their political stripes, most Americans' short list of solutions to gun violence includes either: a) a ban on assault weapons, b) expanded background checks, or c) an end to the radical Islamic threat.

None of these solutions speak to directly to the causes that enabled those 12 people to die.

If a magic wand could instantly rid the U.S. of all assault rifles, Islamic terrorists and mass shootings, it would scarcely move the needle on the gauge of American gun homicides -- a trifling 7 percent of the more than 11,000 people who are shot to death every year in this country:

The majority of American gun homicide victims share the following in common:

It is this last item that is the key to solving gun violence in America.

All guns used to kill people in the U.S. were purchased legally at some time, though few of those guns are in the possession of their original owners at the time they kill. The problem that dwarfs the issues of assault rifles and terrorists is that all firearms may be transferred in America without detection or accountability.

Though the sale of an automobile in America requires an official transfer of title, the sale of a firearm does not. Many, if not most, guns used to kill people in America are acquired through straw purchases -- purchases made on behalf of another person.

Herein lies the elegant solution to gun violence in America: simply hold the owner of record accountable for crimes committed with their guns -- that's it.

If gun owners are forced to assume responsibility for their guns, they will be far less likely to sell their guns without a formal title transfer. They will be more likely to secure their guns in a gun safe. And they may be less eager to carry their guns when they dine out at their local Pizza Hut.

Not surprisingly, the NRA is hostile to the concept of a national gun registry -- this despite the fact it in no way infringes on 2nd Amendment rights. Though the Constitution may allow you to own a gun, it doesn't say anything about prohibiting the government from knowing that you own a gun. If this seems like a scary notion to those who await the federal invasion of Texas scheduled for any day now, well, perhaps paranoia should count as one of the mental defects that disqualifies people from owning firearms.

Making gun owners accountable for their guns instantly freezes the supply of fresh arms into criminal hands. For the 300 million-plus guns already in circulation, buy back programs, such as those implemented in Australia, would siphon many of these off the streets, reducing supply and driving up the price of illegal guns.

The pushback excuses on a gun registry include: "what if my gun is stolen?" My recommendation is this: if you can demonstrate that thieves got your gun by blowing the hinges off your steel gun safe that was bolted to the foundation of your house, then you should get a pass. However, if your gun was taken out of a glove compartment or a glass display case, well, you're screwed. If that seems unfair, perhaps you can complain to the loved ones of the victim that was killed with your gun.

This simple solution speaks directly to the fundamental problem of guns in America: it is the victims, not the gun owners, that bear the full responsibility for gun violence -- this despite the fact that victims don't have a say regarding the choices gun owners make with their guns that result in innocent people becoming victims. Victims don't ask gun owners to sell their guns to killers and they certainly don't ask to die. Though some believe the rights conferred by the Constitution regarding gun ownership are boundless, this is false. The notion that the deaths of innocent Americans are simply an unfortunate byproduct of the unlimited privilege afforded to gun owners to be reckless and irresponsible with their guns is as far outside the Constitution as it is obscene.

In the time it took me to write this article, seven more Americans were shot to death.