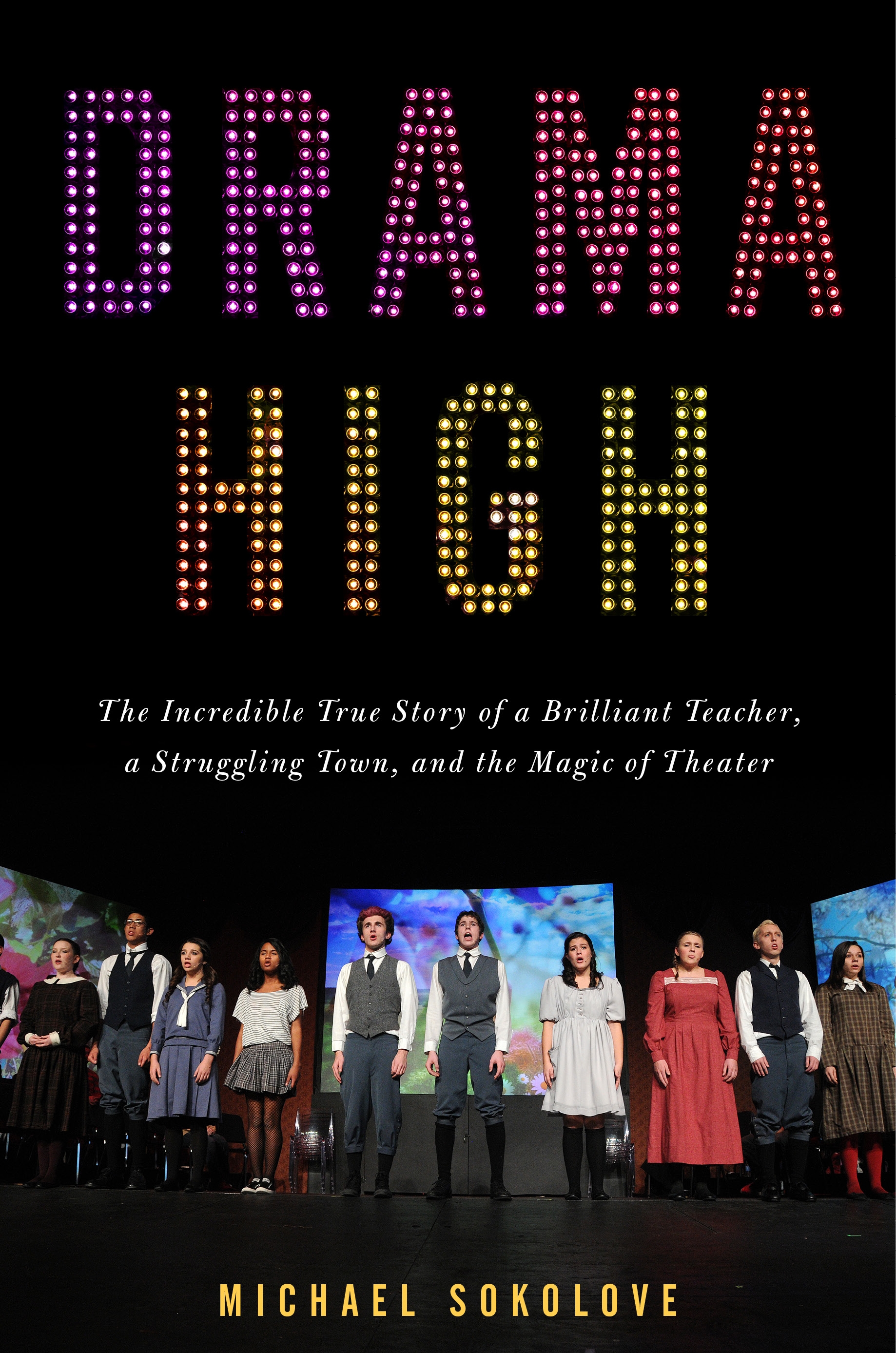 I have a confession to make: I am constitutionally unable to watch the acclaimed TV series Friday Night Lights. Now I realize this may be surprising to those who know and admire that program. My inability to sit through more than the first three episodes of season one is actually a testament to its effectiveness. The reason I cannot watch it is that it makes me profoundly angry.

The source of my anger is the omnipresence of the town's obsession with football, which seems to be the only source of entertainment and focus for the Texan characters. I know the series is fiction (though drawn from Buzz Bissinger's non-fiction book), but the single-minded portrayal of small-minded adults consumed by high school sports is by no means a false portrait in many communities, and it infuriates me. After all, I neither play sports nor follow any with particular interest. Where, I've always wanted to know, is the comparable enthusiasm for the arts in high schools, outside of magnet programs dedicated to them?

Well, per Michael Sokolove's account in his book Drama High (Riverhead Books, $27.95), such support exists in Levittown, Pennsylvania, at Truman High School. Sokolove paints a highly appealing portrait of a school where the drama club stands alongside sports in the pantheon of school activities, and some athletes even defect from their teams to perform on the Truman stage. He credits this achievement to the just retired teacher and director Lou Volpe, who over 44 years drew attention and respect to the theatre program in an underachieving district in a moderate-income community, not in some well-financed suburban setting. For those who recall a New York Times story about $100,000+ high school productions, this school and its program are worlds away.

I had many reactions as I read Sokolove's book, but first among was them was pleasure at seeing the story of high school theatre well-told, especially its ability to sustain young people who need to be rooted in a supportive community in a way their home lives don't necessarily offer (as was surely the case for some of my high school drama comrades). While there have been a number of low-budget film documentaries in recent years that have looked at high school and community theatre programs for youth (including an episode of TV's 20/20 which shares a title with this volume), Drama High is the first high profile, in-depth book on the subject that I've come across. As such, it immediately becomes required reading: for young people who can learn more about the challenge and rewards of theatre, for parents who may well need the same background, for anyone who doubts the value of theatre as an educational and character-building activity not only for those who would become professionals, for those who want to spark reveries of their own experiences in high school drama.

The book is at its strongest in its first half, which chronicles Volpe's production of Roberto Aguirre-Sacasa's Good Boys and True, decidedly challenging work to take on at the high school level. In following the production, Sokolove really gets into the lives and heads of the kids who participate in the production and it evokes the profound importance and connectedness that theatre can bring, just like a spot on any sports team. That the play, which turns on matters of sexual orientation, can be staged in a public high school is a rebuke to small minded communities that seek to censor or eliminate drama programs over content - I'm looking at you Everett, Massachusetts and you Ottumwa, Iowa - as proxies for far too many more. That its achievements are recognized through regional and national Thespian Society competitions is icing on the cake, mirroring the plotting of Glee which focused on "making it to Nationals." But this is real.

The Glee comparison is one made in advance materials for the book (as is the Friday Night Lights connection), but unlike the Ryan Murphy TV series, Drama High never stoops to low and even ugly comedy and stereotype. Imagine if all of Glee sustained the level of quality and heart that characterized the story lines between Kurt and his dad, and you'll get a closer approximation of what Drama High achieves.

The book is not without its drawbacks. As a graduate of Truman, Sokolove's decision to write as a returning alumnus and ever-present observer draws attention to himself and away from straight reportage; his admiration for Volpe's achievements is palpable, but as a result, we spend some time with Sokolove and Volpe instead of staying completely with Volpe and his kids, which is where the most compelling story lies. Also, as someone who is seemingly not immersed in the theatre (not necessarily a bad thing for a journalistic undertaking about theatre), Sokolove is drawn to Truman's use by Music Theater International as a test site for musicals about to be launched into the high school realm, which is more about business and less about people. That Cameron Mackintosh went to Truman to see their Les Misérables is impressive, and a feather in Volpe's cap, but it's not moving; the same focus on external affirmation undermines the account of Truman's pilot production of Spring Awakening.

At one point in the book, Sokolove quotes Volpe at length talking about his own evolution as a director and teacher: "I had to learn balance, harmony, order, design, composition." Most any theatre nerd would recognize the phrase as being drawn, almost word for word, from Sondheim's Sunday In The Park With George; Sokolove lets it pass unremarked. He also doesn't seem to understand that when Volpe talks about changing the order of scenes in Good Boys and True, he's actually considering violating of the licensing agreement for the play; as it happens, Volpe was talked out of the idea.

What I missed most in Drama High was the detail of exactly how Truman High School's drama program managed to achieve such primacy. Sokolove attributes it all to Volpe, and no doubt he was absolutely central. But because Sokolove knew Volpe relatively early in his tenure, and then returns to him in the final years, we don't have a fully rounded account of how this once-married, now openly gay man forged a respect for a program that most schools treat as an afterthought. Was it nothing more than perseverance? I yearned for a road map that other teachers and districts might follow to correct the lopsidedness that has always upset me when comparing academic arts pursuits with sports.

But there is no denying that Drama High is a moving account of how the arts can profoundly change lives and even the outlook of a community. Even by mentioning that I was reading the book, and tweeting links to a New York Times Magazine excerpt, I heard back from people who live or have lived in or near Levittown, who spoke with enthusiasm of Volpe and his program, affirming Sokolove's view. He has fashioned a rare tribute to an influential teacher; while I suspect that perhaps few districts may have come to appreciate drama in the way they have in Levittown, I am certain there are countless other teachers, not only of the arts, but of math, science, history and yes, athletics, who have had significant impact on scores of lives who are deserving of commemoration as well.

And of course, Drama High actually manages to suggest its own sequel. Will the drama program continue to thrive with Volpe gone? Will the ongoing cuts to "non-essential" school programs take its toll in Levittown now that the revered advocate has retired? Or after generations of residents coming to appreciate theatre, is it safe, at least for the foreseeable future? That's another story to be told , of import to arts education programs everywhere, one sure to be of high drama.