The 15th United Nations Youth Assembly held in New York in the first week of August brought together, within the hallowed portals of the General Assembly Hall, hundreds of youth leaders from around the globe. Organised by the Friendship Ambassador's Foundation ( FAF), this year's summit was truly epoch-making as it coincided with the 70th anniversary of the United Nations .

This year marks the transition of the Millennium Development Goals (MDGs) into the post 2015 era and the role of young people, who are the future generations, will be pivotal in determining the success of the new set of 17 sustainable development goals. As a 15 year old youth leader, who has been deeply involved with the UN processes since Rio+20 in 2012 , I was invited to speak at a panel which dwelled on the topic of "Youth Involvement with the United Nations". 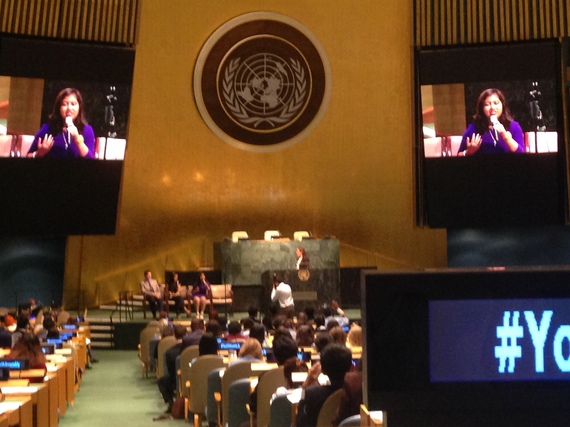 The need for us , the youth , to be proactively engaged at all levels of decision making within the UN processes is an absolute must ,given the undeniable fact that we are amongst the largest sections of civil society today. In many developing nations, we form the largest percentage of the population. With over half of the world's population under the age of 30, there are more young people in the world than ever. In accordance with our numbers, our needs, aspirations and representation therefore needs to be the strongest at all levels and in all forums. But in reality, it is just the opposite. 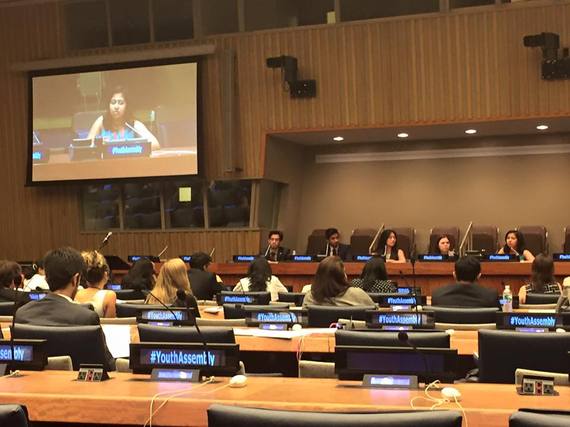 The UN engages with civil society through it's major group system which was adopted through the formalization of Agenda 21 during the the first United Nations Conference on Environment and Development in 1992 - known as the Earth Summit. Two decades after the Earth Summit, the importance of effectively engaging these nine sectors of society was reaffirmed by the Rio+20 Conference in its outcome document "The Future We Want. Global demographics have evolved and changed drastically since the first earth summit 23 years ago with the number of youth doubling in number today as compared to 1992, but has our representation , empowerment and voice increased two fold? Absolutely not! In fact our marginalization has become even more magnified.

We are the future generations and any developmental agenda that we discuss should have us at its centre - in all aspects of policy making , agenda setting and implementation.

In September this year, world leaders will gather once again in New York to adopt a fresh set of seventeen goals with the intent of ushering in a new era which provides for a life of dignity for all. But the query on the lips of every young person like me, who is a part of the so called "Future Generation", will be about the efficacy of their impact on the people who need them the most. There needs to be equal, if not higher level of ambition and political will, in defining and mobilising the means for their implementation. If we do not want the current trend of unequitable progress to continue, one which tends to bypass the future generations, then we need to urgently revamp the implementation system into a well-defined process which has a global review mechanism in place to evaluate performance on sustainable development, that is inclusive of all constituencies and rights holders and which addresses the unique needs of the future generations and is linked to regional and national-level accountability mechanisms. 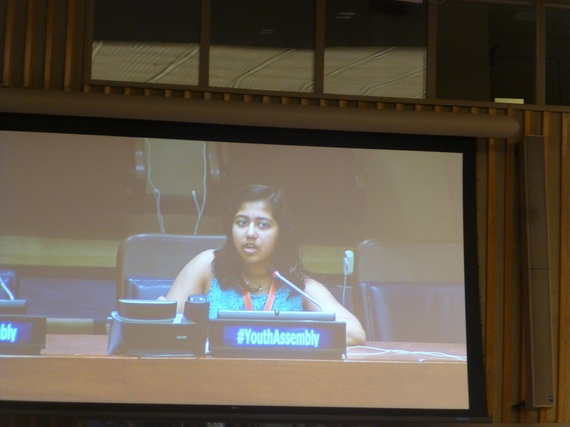 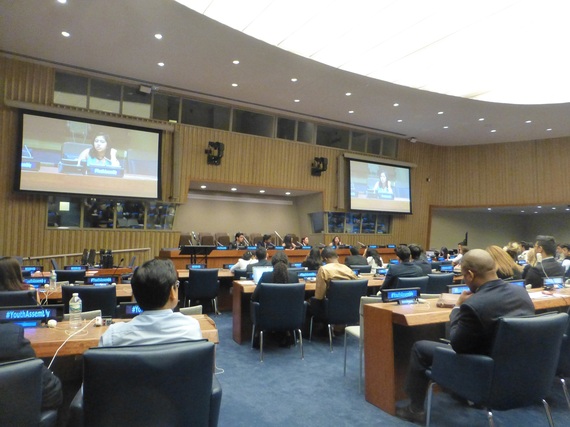 There needs to be a far greater level of empowerment and engagement for us, the youth, since it is our future that is at stake. No longer can we afford to while away another decade in fruitless negotiations and posturing while a minority reap the benefits of economic progress at the cost of the environment and society. The Rio+20 outcome document provided us with an opportunity of "promoting intergenerational solidarity for the achievement of sustainable development" by institutionalizing the role of Ombudspersons who would have the intent, the authority and the latitude to cut across the shortsightedness that seems to shroud the current nature of policy making. Bold steps are required and it is for developed nations to take the lead and show the way. Ombudspersons must be instituted at all levels - national, regional and international for them to become effective. They must be the voice of civil society and in order to be effective need to possess the key ingredients of legitimacy, independent authority, accessibility and transparency. We must also remember that it is the spirit and not the form of law that keeps justice alive. The Future Justice that we are looking for needs to be equitable and the same for everybody, irrespective of whether one is from the developed world or the global south.

Agenda 21 has given us the framework for our engagement, but it, too , needs to evolve to provide representation in proportion to the size and needs of the constituency. As William Shakespeare said "It is not in the stars to hold our destiny but in ourselves". If we are to save our tomorrow, we need to take action today. The onus is on all of us to demand a change for the wellbeing of future generations. It is probably time to emphasise that if we cannot be at the UN, then the UN needs to come to us. In today's changing world, decentralization needs to be the buzz word.

The future belongs to us and sustainable development cannot become a reality if we are left behind.

About the author :
Kehkashan Basu , 15 , is the Founder President of youth organisation - Green Hope. She is also the Youth Ambassador of World Future Council and the former Representative of UNEP's Major Group for Children and Youth. She has spoken at previous UN Youth Assemblies and campaigns globally for gender equality, sustainable consumption, future justice, rights of the girl child and the right to education. For her environmental advocacy at a global level, Kehkashan has received international awards from UNCCD (United Nations Convention to Combat Desertification ) in 2012 , the 2012 Korea Green Foundation award , the 2013 International Young Eco-Hero award from Action for Nature, USA, the 2014 Kids are Heroes award, the 2015 Solar Pioneer Award , the "Ambassador for the Environment " from GESS Education Awards2015 , the 2015 International Diana Award and the prestigious 2014 NRI (Non-Resident Indian) of the Year award.