When newly hired CEO Marissa Mayer kicked off her turnaround at Yahoo, she banned employees from working from home.

When Andy Mattes kicked off his turnaround at Diebold, the first thing the new CEO did was look for employees who wanted to work remotely.

Before Mattes arrived in 2013, Diebold’s ability to recruit had been limited by its policy of only hiring folks who would live near its headquarters in Canton, Ohio. Mattes saw this was a problem.

“We wanted the brightest people on the planet,” Mattes told The Huffington Post. “We were fishing in a small fishing pond.”

With the promise of telecommuting, Diebold, which makes ATMs, was able to lure workers away from places like Oracle, HP and Intel, Mattes said. “We got talent from a ‘who’s who’ of the tech industry,” he said. Of the 75 top leaders at Diebold, about half are based outside of Canton, in places like Silicon Valley, Chicago, Boston, Dallas and Atlanta. 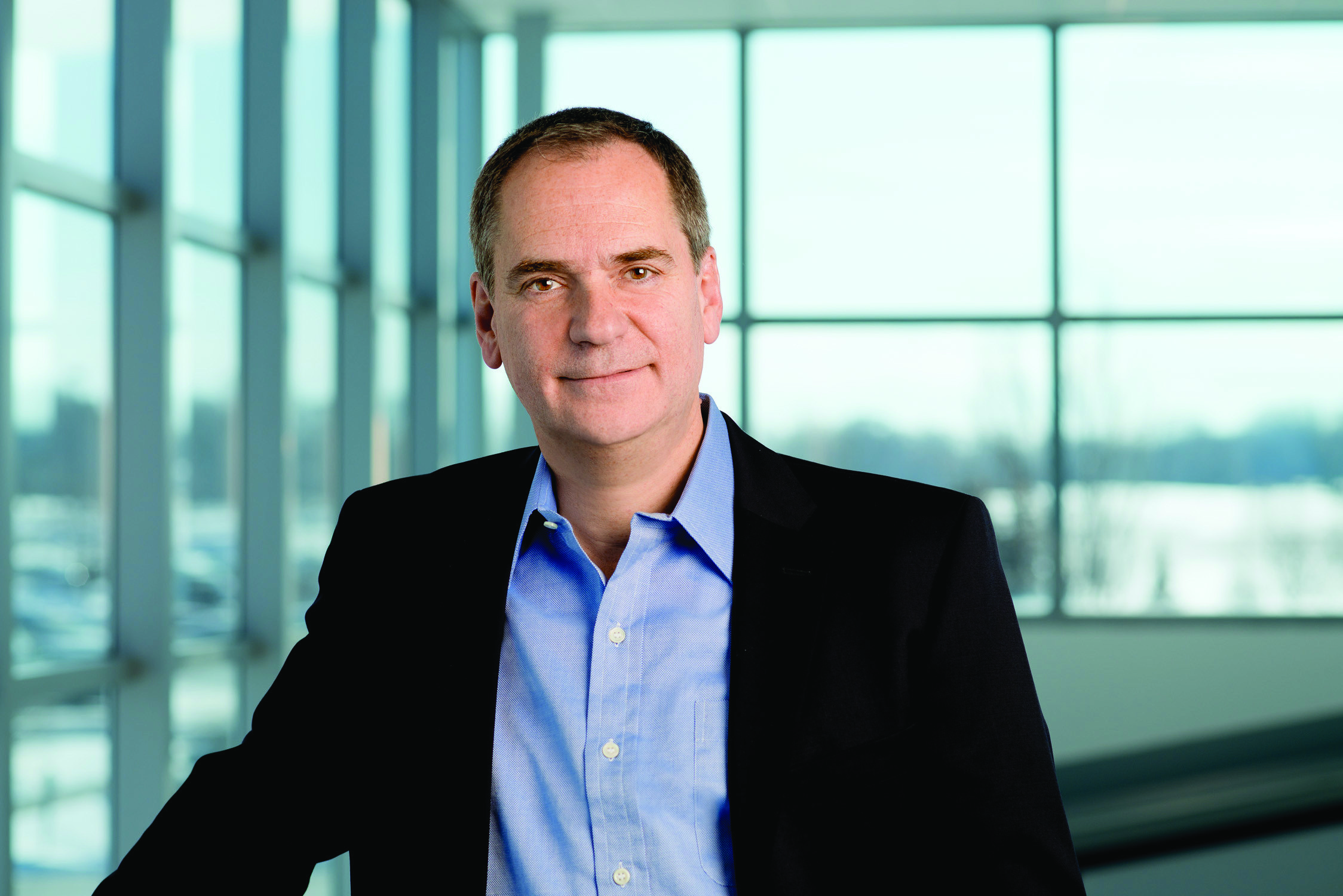 When Yahoo called remote workers back to the office in 2013 in order to improve worker collaboration and communication, there was a lot of hand-wringing about the future of the workplace. Was it in the office? At home?

Now, two years later, it’s clear: Telecommuting has won. Even Yahoo seems to have softened its stance. Workers inside the company told HuffPost that some employees still do occasionally work from home, depending on their job, and some do not have a desk in the office. Yahoo declined to comment for this article.

This appears to be a step away from the company's original prohibition. In a leaked memo from 2013, Yahoo's HR head even seemed to caution workers away from telework while waiting for the cable guy. “Please use your best judgment in the spirit of collaboration,” the memo said.

But many companies seem to have figured out how to collaborate remotely, and are embracing working outside the office as a way to lure top talent, boost productivity and offer a work-life benefit to employees who are increasingly stretched thin in their jobs -- and in life.

For all its benefits, working from home -- or WFH, as it’s known in modern shorthand -- is creating new challenges for workers and managers. While studies have shown that remote workers are more productive, often that’s because they’re working more hours than their in-office counterparts. Socializing and communicating remotely take a deft touch.

Workers and managers need to figure it all out soon: The virtual work world is growing rapidly. The number of people working remotely grew by about 6 percent per year between 2000 and 2010, according to Nicholas Bloom, an economics professor at Stanford who has a study of WFH and productivity due out this month in the Quarterly Journal of Economics.

Pure WFH is still a relatively small share of the workforce -- 2.4 percent in 2010, according to Bloom’s research. Yet the proportion of employees who work at home at least sometimes is astonishingly large: Sixty-seven percent of employers were allowed occasional remote work in 2014, according to a study released that year by the nonprofit Families and Work Institute. That’s up from 50 percent in 2008, the study found.

In the U.S., remote work is more common for workers at the lowest and highest ends of the pay scale, according to Bloom's research. 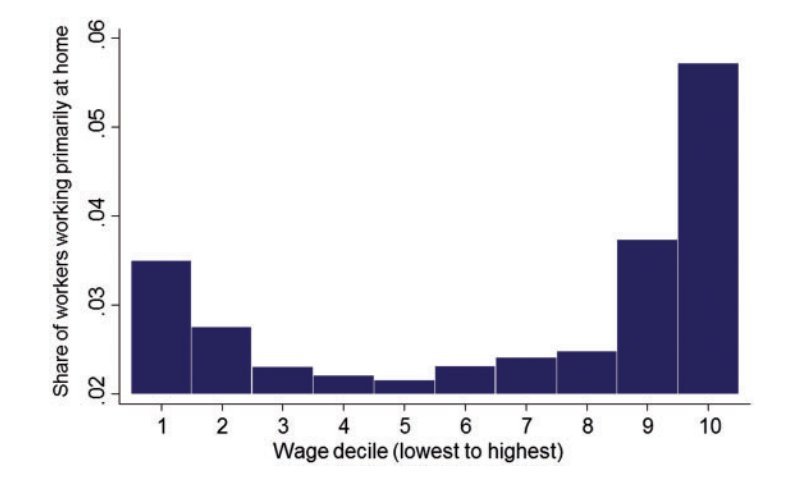 Along with researchers at Stanford and Peking University, Bloom studied a group of 500 workers at Ctrip, a publicly listed Chinese travel agency. Half were assigned to WFH and the rest to work in the office.

The results were striking. Ctrip workers who telecommuted were much more productive than their in-office counterparts -- in part because remote workers put in more hours and took less time off, with fewer breaks and sick days. “Ctrip got almost an extra workday a week out of them,” Bloom told The Harvard Business Review.

The “quit rates” of remote workers were also much lower -- half the rate of the group that worked in an office. Bloom also said that the company saved $1,900 per remote worker -- money not spent on space and furniture.

Diebold, for its part, views its remote worker initiative as a success because it was able to up its game around hiring. "Many who we have hired outside of Canton would not have joined the company had we required relocation," said Sheila Rutt, Diebold's chief human resource officer. "The proof will ultimately be in our results. It's a virtual world with a 24/7 global workday -- work is what we do, not where we are."

Still, the company has a ways to go -- Mattes came on board around the same time that several company executives left the firm in a bribery scandal. Sales were up a little in 2014, to $3.1 billion from $2.8 billion the prior year, but the company's stock hasn't really budged since Mattes arrived. It's still too early to call this a slam-dunk turnaround.

Bloom told HuffPost that remote work helps the environment because workers travel less. It is an economic boost as well, he said, because it helps parents and older workers who might want to cut back on commute times and be closer to family.

While the flexibility to work from home has clear and obvious benefits for workers, workers lose if this flexibility is ineffectively managed, said Kenneth Matos, senior director of research at the Families and Work Institute.

“Working from home removes certain time pressures, but creates ambiguity around start and stop time,” he said. There needs to be a clear conversation between workers and managers about when the day begins and ends.

That’s not often happening, according to many experts and remote workers HuffPost spoke with. For higher-level executives, clear stop times might not be particularly realistic.

“It’s hard to shut it off,” said Diebold Vice President Rachel McClary, who works out of her home in Boston. “I’m constantly on. I might be cooking dinner at 7 p.m., and I’m checking an email.”

McClary has spent most of her career as a remote worker, and most of it managing teams. She has a tested system in place to ensure clear communication with employees. For example, she tells her team upfront that she won’t be sending them “thank you” emails because they’re a waste of time to send and a distraction to receive. She also tells them not to leave her voicemails and that if an email thread gets longer than three responses, pick up the phone.

McClary said she spends a lot of time on the phone talking to her workers -- something of a lost art in 2015. “There could be two people who sit in the same office space sending emails to each other,” she said.