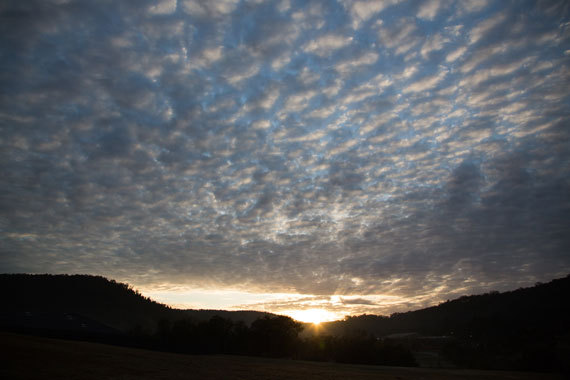 In the last week of June, the world's leading researchers came together with a passionate coalition of practitioners and professionals from all types of businesses in Disney World, Orlando to confer the latest in the science of human flourishing.

With over 125 presentations and 280 poster sessions packed into the three-day program, more than 1,200 attendees were spoiled for choice and often left making difficult decisions between their passions.

From Learned Helplessness to Learned Hopefulness

The conference kicked off with a keynote from the man widely considered to be the father of positive psychology, Martin Seligman. In 1998, Seligman took on the role of president of the American Psychological Association (APA) and declared his intention to redirect the focus of psychology research from what goes wrong with people (mental illness), to what goes right with them (flourishing).

One of the theories that Seligman pioneered early in his career was "learned helplessness," the idea that when we are conditioned to believe that what we do will not affect the outcome of a situation, we give up trying to help ourselves. Trying to reverse this learned helplessness has been at the heart of many therapy techniques ever since.

In an act befitting only the most humble and dedicated of scientists, Seligman focused his opening keynote on a growing body of research into a brain structure known a the dorsal raphe nucleus (DRN), which is activated by default whenever something bad happens to us. The fascinating thing about this is that activating the DRN induces feelings of helplessness - in other words, helplessness isn't learned, it is our default response to negative events.

The research into the concept of a "hope circuit" still has a long way to go, but is established enough for Seligman to leave the audience with some actionable strategies to employ while it is further developed:

Don't undo the bad stuff, build on the good stuff.

Positive Capitalism -- the "So What?" Test

As a passionate advocate of the good life, it's easy to get swept away with the romance of the ideals that a field such as positive psychology promotes. The hope circuit is a great example of that, as is the large body of research that tells us how much more productive a strengths-based approach to life is. But the simple reality is that unless we can take the theory and put it to use in ways that enhance the bottom line of businesses or global economies, it is unlikely to get the widespread application that is necessary to truly make a dent in the world.

The conference showcased many outstanding examples of where the science is being put to use in the real world with real economic impact.

David Cooperrider, creator of the Appreciate Inquiry technique (which adopts an approach of uncovering and building on what's working to build a vision of an improved future state, instead of the traditional approach of "fixing what's wrong" in organizations) made the case for business as an agent of world benefit. The companies behaving this way have been nicknamed "firms of endearment" (by the book of the same name), and over a 15 year period have outperformed the S&P index by 14 times, and the companies studied in Good to Great by six times.

But the benefits aren't restricted to public companies -- the Rwandan government's strategy to promote entrepreneurialism in the years following their genocide has almost quadrupled the per capita GDP and has them on track to be a middle-income country by 2020. Beyond the economic benefits, the growth has contributed to social reconstruction by creating opportunities for people to form business partnerships across the conflict divide.

Most of us know from experience that when we are taking good care of our bodies, our performance and mood both improve. There is an ever-expanding body of research that examines the specific details of how and why this occurs. Possibly the most paradigm-shifting is the investigation on heart rate variability (HRV).

If you've ever listened to your heartbeat, you might have noticed that the time between beats is not always the same. This variability has been found to have a profound impact on our health, behavior, resiliency and ability to adapt to stress. It has even been found to affect our basic cognitive functions such as decision making, reaction time and our ability to self-regulate. Dr. Rollin McCraty from the HearthMath Institute explained that we have the power to gain greater control over these functions by learning how to regulate our HRV.

All of the research in this rapidly growing field is very exciting, especially for the science geeks among us. But if you're looking for a small, first step to take in the direction of improving your overall wellbeing, you can't go wrong with strengths. Learn what they are. Find ways to apply them in your everyday life. Compliment the people around you on their strengths and find ways to help them use them. And importantly, make sure you're not overusing them to your detriment.

There are many great resources out there to help you do this, including the At My Best Strengths Cards, the new book Character Strengths Matter by Shannon Polly and Kathryn H. Britton, and my own Coaching with Character Strengths Cards which examine each of the 24 VIA character strengths as they appear when they are underplayed, overplayed, and used at just the right level to promote wellbeing.