"The future is already here. It's just not evenly distributed yet." --William Gibson

This quote by science fiction guru William Gibson aptly sums up the current state of fashion journalism as well. Digital natives revolutionized the $1.2 trillion global fashion industry by democratizing it via social and mobile media. The rules have changed for retailers, designers and media. Yet, while there are many accredited fashion schools that cover marketing and advertising, far less are addressing fashion journalism. Specifically, there is a limited number of programs on the intersection of fashion with social media, despite its explosive growth.

Fashion provides millions of jobs and boosts other industries from IT to tourism. New taskforces and job requirements continuously emerge in a professional world increasingly driven by social media. Tech giants like Amazon, Apple, Google and Yahoo are capitalizing on the digital zeitgeist by bringing to life street trends and runway looks people are musing about online. Whoever can get the right word out the fastest, gets to cash in on it. The price is real and the race is on.

In fashion, the most disruptive elements tend to become the vanguard. From Apple Watch to Twitter, fashion embraces new objects and platforms as a way to recapture its cutting edge. #Breaktheinternet has become the new benchmark. Young designer Peter Som boasts an astounding 3.3 million followers on Pinterest. His brand has transcended clothing via multiple boards in home décor, gardening, books, food and drinks, making him a global ambassador of taste.

"Every generation grows up with a new form of media in ascendance," notes Eric Newton, Knight Foundation's senior advisor to the president. "The baby-boomers and television, the Gen-Xers and computers, the millennials and social media. Who's going to deal with 3-D media, the wearable and sensor-driven media, drones and artificial intelligence?"

However Millennials, Generation Xers, and Baby Boomers have much in common. According to FRACTL and BuzzStream, blog posts, followed by images and comments, are the most consumed content across the generational gaps. The increasing demand underscores the need for well-trained content producers, community, and social media managers. 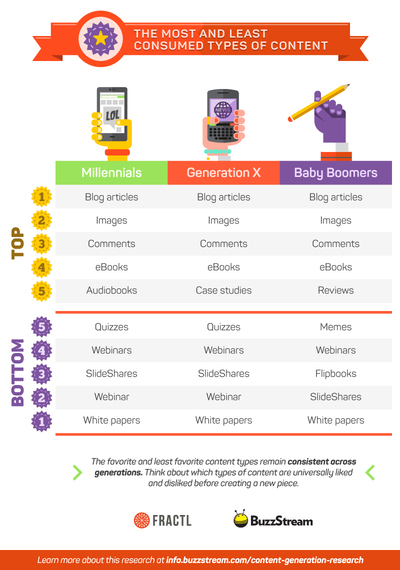 With multiplying media tools at industry's fingertips and digital natives in classrooms, the future of fashion journalism lies in the convergence of these realities.

Fashion journalists as content editors are expected to generate wide-ranging content for mobile consumption. Learning how to balance narratives, still images, videos, and sounds for print or online pieces is a must-have skill. The key advantage is that once complex tools such as Adobe Creative Suite and iMovie are converting into user-friendly mobile apps, and web-publishing platforms such as Weebly, Squarespace, and Wix make the need for advanced coding obsolete. Students who showcase their digital portfolios while also being active on Flipboard and Issuu create an early following and get noticed by the industry insiders.

"We're proud to see the future of fashion journalism and design take off on customized Weebly sites. Weebly prides itself on staying at the forefront of design with new themes that can be updated and interchanged, ensuring students can keep their sites and online stores fresh long after college, but still on a student budget," said Veeo Odemchuk, Weebly's Creative Director.

To cultivate the next generation of users, Squarespace has offered students incentives for their first year of subscription.

"As a platform that supports creative individuals, Squarespace makes it easy to publish work online in a beautiful way. With no coding knowledge needed, anyone can set up an e-commerce store, portfolio, blog, and more in minutes," said David Lee, Chief Creative Officer at Squarespace.

Social media footprint is just part of the evaluation criteria for fashion journalism success along with ability to conceptualize, research, and write feature stories and then to design, package, and publish them across multiple platforms. Go wide or go nowhere.

"What I've learned over a few decades as a publisher is that brands who create relevant and timely content will profit and survive, as long as they have a mix of channels - mobile, social, video, print, digital, and events. Similarly, brands that land in front will also utilize these channels to sell product and experiences to their audiences," said Richard Klein, founder of Surface Magazine and FourTwoNine magazine.

According to Wall Street Journal, time spent with digital media on smartphones grew 90% in the past two years. The Social Times survey revealed that 55 percent of respondents use social media during school hours. Facebook LIVE and similar apps condition audience expectations for an entirely live digital reporting. Getting versed in emerging social media on campus is becoming as crucial as practicing how to write a winning headline.

Mobile devices and apps are far from realizing their full transformational potential. However professional training curriculum often lags precariously behind. How many fashion journalism schools provide adequate focus on new technology? This is a question we should all be asking. There is little evidence outside of the United States, that fashion journalism programs are offering curriculum on the intersection of digital tools and social media.

"By partnering with academic programs like the Academy of Art University's Fashion Journalism, we are able to not only bring some of the latest tools we are designing for the real world into the classrooms, but also test drive those [tools] still in beta," said Tom Conlon, Founder of North Street Creative, the creators of Socialpulp.

Video credit: A video of the interactive installation, in partnership with Socialpulp, featuring live Instagram, Vine, and Twitter feeds curated by fashion journalism BA and MA students at the Academy of Art University School of Fashion Open House on August 22nd, 2015.

In a survey of 10,500 alumni of journalism programs across the USA, the American Press Institute asked who and what is a journalist in the age of social media, sponsored content and sagging newspaper circulation. Only 41% are employed by news organizations with "more than a third of the graduates who described themselves as entrepreneurs and a fifth of those in technology said they are creating content, engaging audiences, editing and doing other work they consider journalism or contributing to the Fourth Estate. Another 17% that have put their training in journalism, marketing, public relations or mass communications to use at commercial companies felt the same way."

If fashion is about what's new then these patterns are naturally amplified and academic institutions training the next generation of fashion journalists must offer programs immersed in digital environments. One leads or follows. Fashion has always been clear about its future-centric principles.

Fashion industry employers stress the need for core journalism and social media skills. The more wired you are, the higher are your chances of making the cut. When Jackie Wray, a recent Academy of Art University fashion journalism alumna, interviewed at PopSugar she was quizzed on her digital grasp and reach. Being able to discuss Reddit usage (among other things) landed her a paid internship on the spot.

Mickey Boardman, Editorial Director of PAPER magazine, shares the sentiment: "I would say that nowadays any person we hire at Paper regardless of their position needs to understand digital. Everything we do whether it be for the magazine or for a consulting client or an event has a large digital and social media component."

Cuit Gonzalez, Social Media & Brand Manager at BCBGMAXAZRIA and Herve Leger takes this notion further: "When considering an applicant, I google their name to see how connected they are and whether they have the foundational skills of an influencer and a self-starter. If you are an influencer, you're more equipped to reach influencers." Gonzalez continued, "We seek candidates with a strong understanding of traditional editorial skills matched with an equally strong digital footprint and social skills, to act as content producers and community managers for our brands."

Technology, without question, is driving the future of fashion journalism. But social media cannot be uninvented. As Facebook has learned from its 1.5 billion accounts, there is an insatiable demand for quality sharable content. As new platforms emerge that make fashion even more accessible, the rules for covering the industry will change once again. Can fashion journalism institutions keep up with this demand while innovating? #Yes.

Disclaimer: The views expressed here are solely those of the author in his private capacity and do not in any way represent the views of the Academy of Art University.