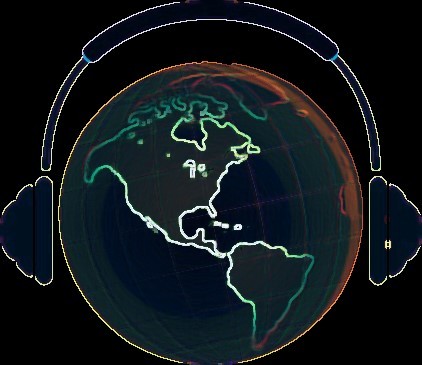 Music is one of humankind's greatest treasures. No matter what time you belong to in the world there is a unique form of music that originates from that zone. Geologically, each continent has many different music genres which can even contain their own sub genres or inspire other genres. For example, in America rock music came from the evolution of blues music, and hair metal came from the evolution of rock. 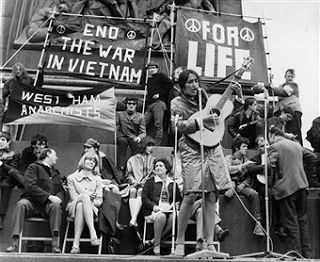 Historically, music has defined generations, which gives everything produced in that time period its own unique sound. Look at the protest rock of the 60s or the disco of the 70s, genres that defined their time no matter where in the world they were created. Fast forward to today, in 2016 we have access to the world and history at our finger tips. Personally, I learned a lot about these various genres and their influences because of the internet. The internet now serves as the biggest communication tool for musicians all around the world.

There are already several websites, apps, and forums that allow anyone to post their content and spread it all around the world. These platforms could be Soundcloud, Mixcloud, Bandcamp, iTunes, YouTube, or Spotify just to name a few. These are already established platforms used to share music, repost other musician's music, favorite other musicians music, make playlists of music that fit a certain time (ex. Party playlists, or work-out playlists), and even donate money to the artist. The best part is anyone in the world can access this stuff. Due to the fact anyone can be on these platforms, we have the power to collaborate with artists that are half-way around the world. And even before that, we are lucky enough just to get to hear the music being produced in said area. In years past we had to travel to the area to hear the music being made there, or somehow receive some type of tangible audio from that place. Now we have the ability to donate money to the person in Asia who just released our new favorite track. Not only can we access the content, we can interact with it. This technology is great, so great that it has allowed us to make a global music scene.

It is hard to say that there is a certain genre that defines the internet, but there have been genres of music that would most likely not exist if it were not for the internet. These are genres such as Vaporwave, Sea punk, Witch house, PC music, and Noise music (the list continues). 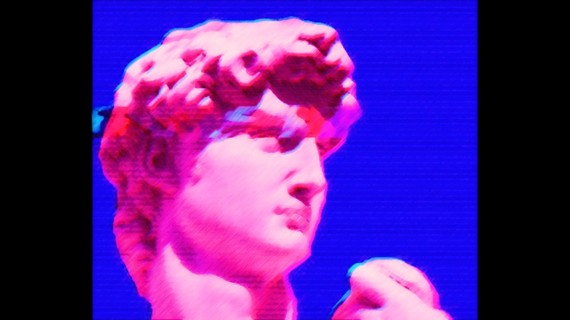 These may be some of the most abstract genres you could ever listen to, but it could also be the future of music. I doubt anyone will sit and listen to a mix of the sounds made by picture files rendered into audio (Noise Music). But even McDonald's has incorporated these new cutting edge genres into their add campaign. Using a PC song called "Lemonade" by artist SOPHIE to advertise their new frozen strawberry lemonade. This commercial ran for quite a while and "Lemonade" saw a lot of success for being a PC song. Another thing these genres have in common besides their place of origin is that they follow their own aesthetic. Like pyramid studs to a Punk, Vaporwave uses an ancient Roman aesthetic. If you have ever seen someone wearing a t-shirt with roman statue depicted on it, you have witnessed the theme of Vaporwave.

Through the combination of diplomacy and technology we are becoming a more integrated society. Music is the proof and leading language used to help keep us mixing and interacting with each other and each other's content. I am a music producer myself, specializing in computer music and the first thing I did when I got online was talk to a producer in Croatia about how he was making his music and if he was interested in collaborating. We never did collaborate, at the time the effort needed was over my head, but the important thing was I got to talk to someone half- way around about their production techniques. Some of the recording techniques he told me about I still use today. This experience showed me that we are really living in a special time. We are living in a time that allows us to communicate with everyone that has access to the internet. And in 2016 not only are people encouraged to be more active on the internet, they willingly spend hours at a time browsing online.

Social media is now a key component to our existence and it can be a very powerful tool when we take full advantage of it to help better ourselves and create opportunities for ourselves. I was able to use it to connect with people all around the world in search of high fidelity sound and I use it every day to expose my music to people that have not yet heard it. The age of the global village is here, no matter where we physically are we are all connected via the internet. So, if you are not already involved join a group, forum, or website and contribute the knowledge you have to others and maybe learn something in the process. Your contribution does make a difference even if it is not noticed now, the future is yet to come.

I can be found on these websites Facebook: "MELO"